Joseph Sfier gave News 8 a handful of websites that are taking donations for the Lebanese people. 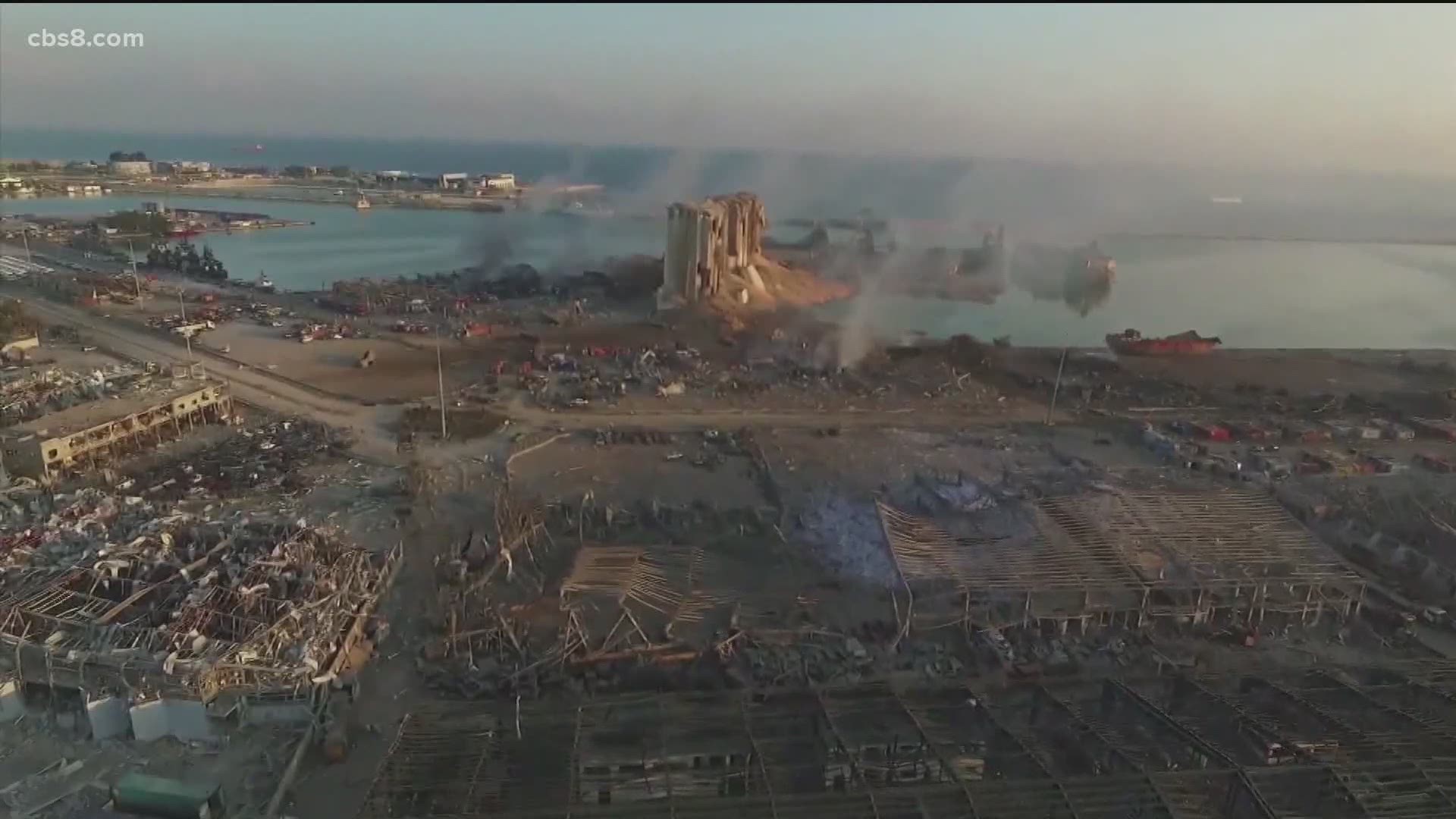 SAN DIEGO — On Tuesday afternoon in Beirut, Lebanon a massive explosion from a building in the county’s largest port decimated the city. The chaotic aftermath, unimaginable. City blocks reduced to rubble, hundreds dead, hospitals already crowded due to the coronavirus pandemic- overflowing with the injured.

San Diego resident and former Lebanese citizen Joseph Sfier recounted what messages he got shortly after the explosion from friends and family still living in Beirut.

“Everyone received these horrible images, body parts spread around the streets, people screaming, sirens, people crying," he said. “Lebanon has gone through many wars but this explosion probably topped it off.”

Tensions between the people and the Lebanese government have been high for months. In October of 2019, thousands of citizens took to the streets of Beirut to protest a government they see as corrupt. The coronavirus pandemic cooled things off, until the Aug. 4 explosion.

On Friday, the Lebanese government refused to allow an independent investigation into the cause of the explosion. The 2,700 tons of the highly explosive ammonium nitrate was sitting in the port of Beirut for six years.

“We have highly explosive materials exposed in this port, they knew about it and chose to turn a blind eye,” said Sfier. “I think this explosion is the straw that broke the camel’s back.”

While protests continue in the streets, there are still hundreds of thousands of Lebanese that are picking up the pieces from the blast. Sfier said the best way to help those in need is to donate to charities on the ground in Beirut. Websites like: House of Lebanon, the ALPI charity, and the Lebanese Red Cross are all taking donations.

“We’re desperately in need of funds,” said Sfier. “Please help us, please donate and may God bless you.”