General Atomics is scheduled on Friday to unveil a 1,000-ton superconducting electromagnet to be used in a 35-nation fusion energy study. 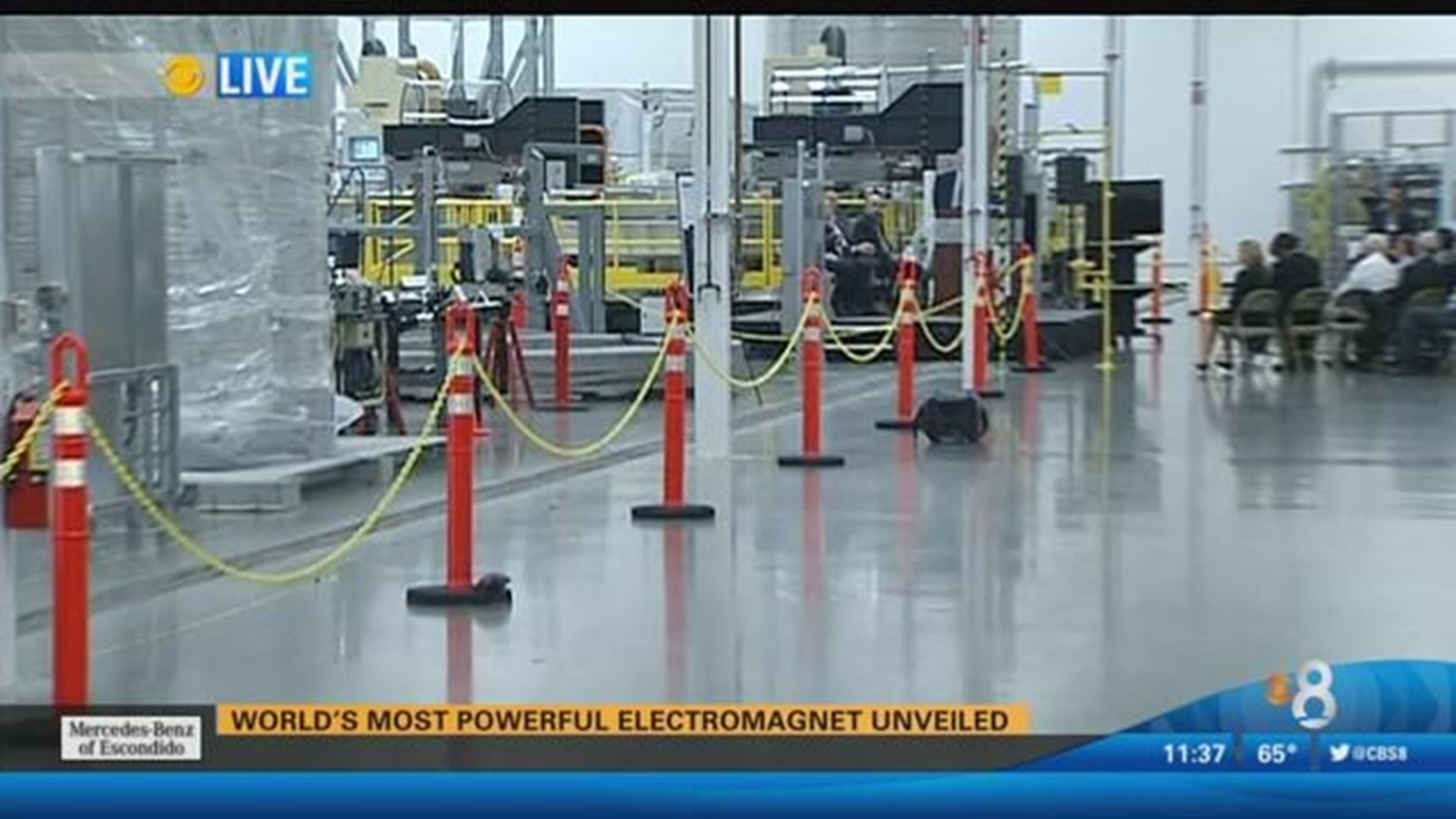 POWAY (CNS) - General Atomics is scheduled on Friday to unveil a 1,000-ton superconducting electromagnet to be used in a 35-nation fusion energy study.

According to General Atomics, the Poway-built device that's powerful enough to lift an aircraft carrier out of the water will be showcased at a news conference in Poway.

The electromagnet will be used in the International Thermonuclear Experimental Reactor experiments in France, in which scientists will try to create a burning plasma that demonstrates the feasibility of fusion energy.

Clean fusion energy has been a holy grail for researchers looking for alternatives to standard nuclear energy and carbon-based fuels. Scientists say fusion energy does not create long-term waste products or meltdown risks.

On its website, the ITER project is described as a "large-scale scientific experiment intended to prove the viability of fusion as an energy

source, and to collect the data necessary for the design and subsequent operation of the first electricity-producing fusion power plant."

The United States, China, India, Japan, Korea, Russia and nations in the European Union are involved in the ITER project. Preparation on a site in

southern France began seven years ago, and operations are scheduled to begin in 2019, according to an ITER timeline.

The unveiling by General Atomics will come on the heels of news last month that scientists at the San Diego-based company and the U.S. Department of

The research built on prior studies showing that tiny magnetic fields can suppress the heat bursts -- and now energy experts know how the process works.