Yes, this cruise ship just got cut in half

One of luxury line Silversea Cruises' ships is about to get bigger, thanks to an unusual lengthening project taking place at a shipyard in Italy. 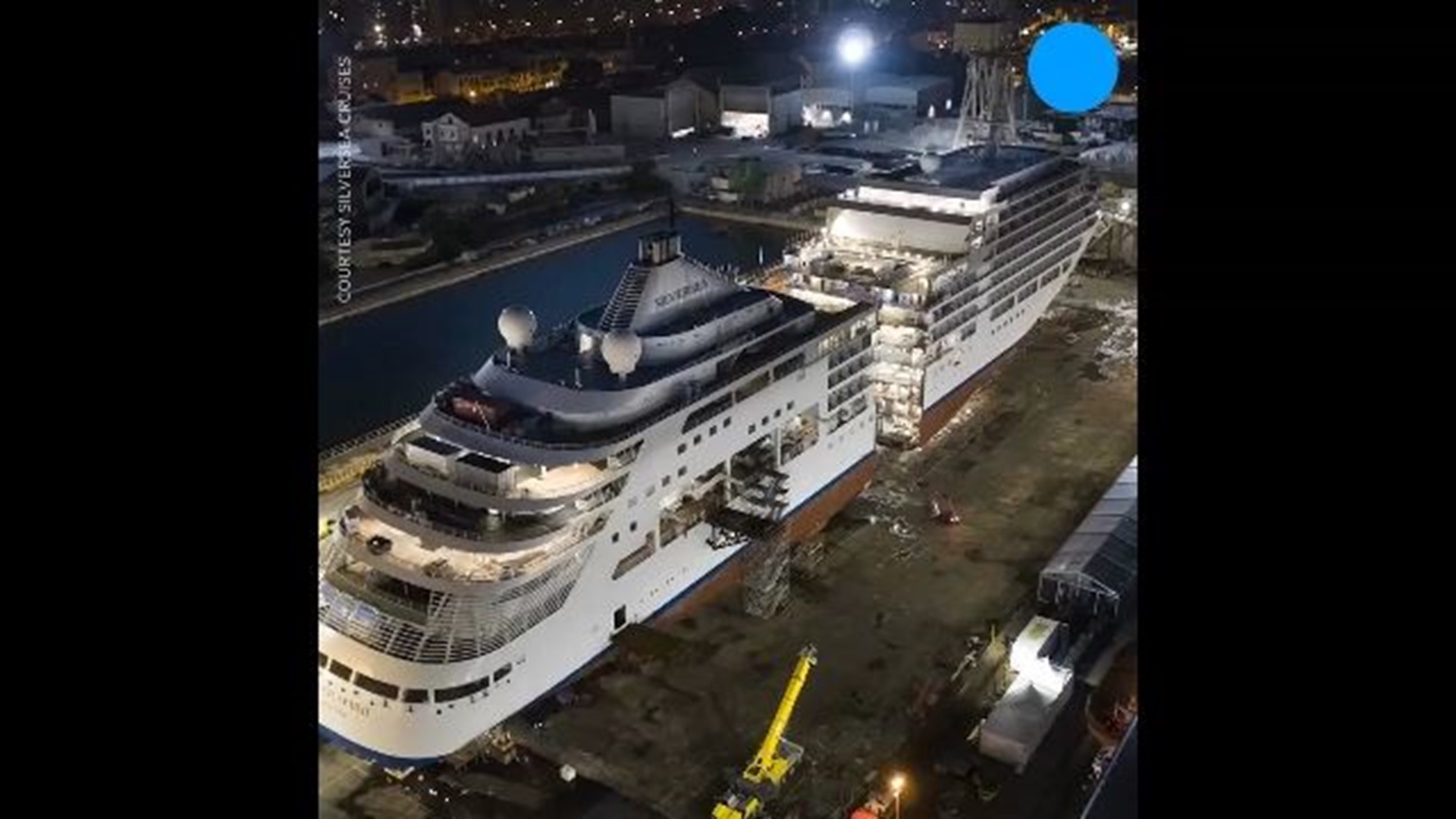 One of luxury line Silversea Cruises' ships is about to get bigger, thanks to an unusual lengthening project taking place at a shipyard in Italy.

As can be seen in the video above, the 642-foot-long Silver Spirit was cut in half earlier this month in a dry dock in Palermo, Sicily to make way for a massive new segment measuring 49 feet long.

Underway since May 10, the multi-week project will allow for a bigger pool area, new restaurants, revamped spa and additional cabins. The addition also will expand the ship’s passenger capacity by roughly 12% to 608.

Ship expansions of this type are relatively rare. Silversea says this is the first time a luxury cruise ship has undergone such a process.

More than 500 workers at the Fincantieri-run shipyard in Palermo are expected to spend approximately 450,000 worker hours completing the project.

The expansion will be completed in early May.

Spirit is scheduled to sail its first post-upgrade cruise on May 6 out of Civitavecchia, Italy.

Sailing since 2009, Spirit was Silversea's biggest ship until last year, when the line unveiled its new flagship Silver Muse.