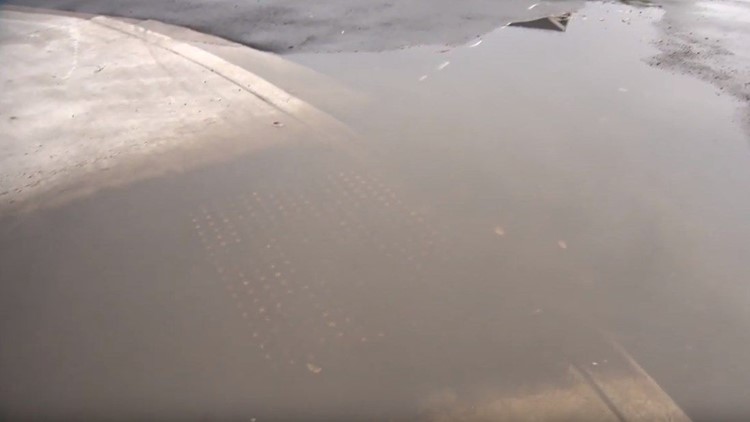 Your Stories: Point Loma residents fed up with flooding of accessibility ramp

Your Stories: Point Loma residents fed up with flooding of accessibility ramp

SAN DIEGO (NEWS 8) — People who live in Point Loma are fed up over a ramp that was designed to solve accessibility problems, saying it actually created another issue.

News 8's Steve Price went to go check out the problem and has more on how the City of San Diego is responding in this Your Stories report.

Water on a Point Loma street is supposed to go into a storm drain but instead just about every day it puddles up at the end of an access ramp, blocking it.

He says the issue started happening a few months ago after the city tore up his street to replace water and sewage pipes.

While crews re-paved Jennings Street in Point Loma a wheelchair access ramp was added at the corner.

"Once the curb went in place, it didn't matter whether it was raining or someone up the street had a garden hose, it all collects there - that's the new low point,” said Koett.

He said he couldn't help but notice the irony: a ramp intended to make access easier for wheelchairs and strollers has instead turned into a mess that now no one can use.

“We get runners; we have a lot of young families, so we have all sorts of pedestrians on bikes, scooters - even my grandma - she has a walker,” said Koett.

Finally, after months of going back and forth the city took a closer look at the situation on Monday and agreed to fix the problem.

The street will be lowered toward the storm drain which won't completely keep the water from puddling up, but it shouldn't be nearly as bad.

So, dealing with the flooded ramp should no longer drain time Jared Koett would rather spend with his daughter.