Nationwide, about half of all under-age drinkers get their alcohol from friends and family, and now, a group of young people in the South Bay hopes to turn things around. 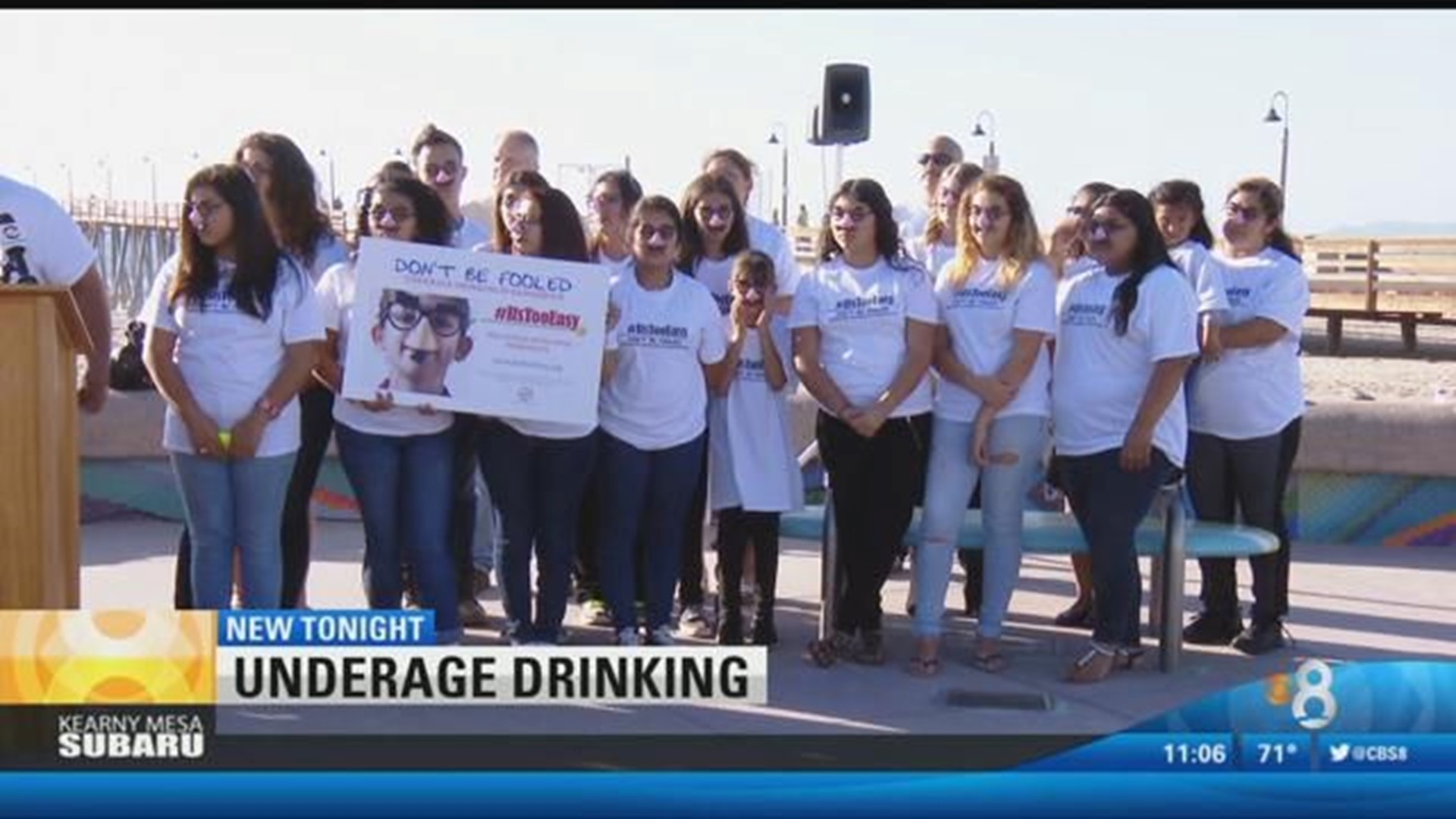 SAN DIEGO (CBS 8) -  Nationwide, about half of all under-age drinkers get their alcohol from friends and family, and now, a group of young people in the South Bay hopes to turn things around.

The group rallied at the Imperial Beach Pier Thursday afternoon to encourage adults not to give alcohol to teenagers.

Statistics show more than ten-percent of all drivers in San Diego County who had been drinking or in a serious wreck were under the age of 21. It's alarming numbers like that which caused a group of teens to get ahead of the issue of this Halloween weekend.

At Imperial Beach, the group of teenagers could be having fun after school, but instead they wanted to pass along serious advice.

"Personally, I don't go to parties because I know like how bad it can get, and it can be dangerous with all the people who are drinking out there," she said.

With Halloween coming up on Saturday, the organization, South Bay Youth 4 Change wanted to launch the "It's Too Easy Campaign" to highlight the huge role that adults play in providing alcohol to minors.

"We've got lots and lots of problems with teenage drinking and this campaign is oriented to 14-20 year olds and to really get the message out that it's illegal for adults to give their kids alcohol," said Serge Dedina, Imperial Beach Mayor.

From city officials to County Sheriff's Deputies, the message was clear, "it's too easy to give in rather than tell them no."

It's advice that mom Linda Ayala wishes someone would have told the teenager, who killed her grandparents and aunt in 1970.

"It was Christmas Eve, when they were going home after mass and they were killed. It was really hard for the family," she said.

Linda's aunt was just 18-years-old and wishes the drunk driver had never been on the road.

"For all of us it was hard, and that's why I feel that it's really important to not to provide alcohol to teenagers," she said.

It is illegal to host a party for underage drinkers in San Diego County.

The "It's Too Easy Campaign" will also launch in San Bernardino County on Friday and in Los Angeles County next month.