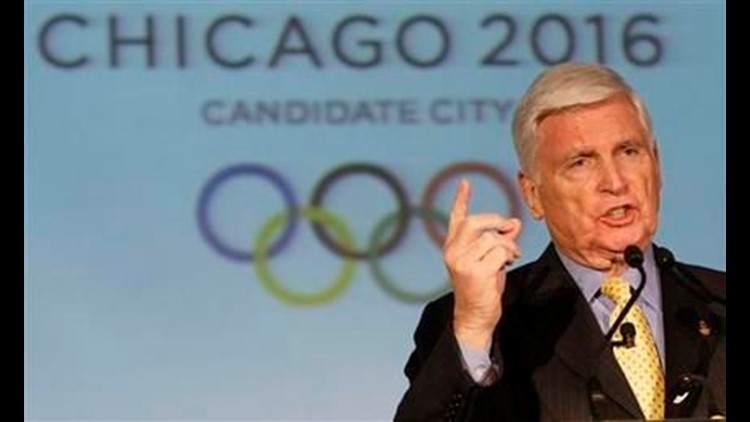 More than ever, financial issues will be closely scrutinized, with each candidate trying to portray its multibillion-dollar projects as best placed to cope with the recession.

Chicago, Madrid, Tokyo and Rio de Janeiro disclosed their hefty bid documents after having submitted them earlier this week to the International Olympic Committee.

The documents run up to 600 pages and provide details on 15 criteria requested by the IOC, including plans for competition venues, infrastructure, environmental protection, accommodations, transportation, security and financing.

The IOC evaluation commission will study the bid files and visit the four cities - Chicago from April 4-7, Tokyo from April 16-19, Rio from April 29-May 2 and Madrid from May 5-8.

The panel will issue a report assessing the bids a month before the IOC votes on the host city in Copenhagen on Oct. 2.

Organizers of the 2010 Winter Games in Vancouver and 2012 London Olympics have both been forced to dip into contingency funds to cover shortfalls caused by the slowing economy and lack of private financing.

Against that backdrop, the 2016 bid cities must address the financial crunch.

Chicago organizers, whose bid relies heavily on existing and temporary venues, said Friday they have a safety net of at least $1 billion if costs top the $4.8 billion price tag.

The safety net includes a $450 million "rainy day fund," as much as $375 million in IOC cancellation insurance, another $500 million in insurance coverage - and a "last-resort" $500 million guarantee of taxpayer money from the city of Chicago.

Chicago, which has the support of President Barack Obama, is seeking to bring the Summer Olympics to the U.S. for the first time since the 1996 Atlanta Games.

Chicago, whose games would be centered along the city's scenic downtown lakefront, says 22 of its 27 venues are temporary or already exist and are located within a 5-mile Olympic ring.

Tokyo, which hosted the 1964 Olympics, claims its bid is "recession proof."

"In these troubled economic times, the Olympic movement can be 100 percent assured that the Tokyo 2016 Games will be exactly as described in our bid files," Tokyo 2016 chairman Ichiro Kono said. "Most of our venues are in place, most of the games infrastructure is in place and the $4.4 billion maximum budget to complete these tasks is in the bank."

Tokyo's biggest venue expenditure is $942 million for the 100,000-seat Olympic Stadium, which would be downsized to 80,000-capacity after the games for soccer, rugby and track and field. The stadium would be built on Tokyo's waterfront using solar panels set on the roof to produce renewable energy.

Tokyo says its use of venues from the 1964 Olympics and new facilities would offer a unique "100-year legacy." Japanese officials said the bid offers the most compact games with 95 percent of venues located less than 5 miles from the main stadium and 70 percent of venues within 10 minutes of the Olympic Village.

Madrid, meanwhile, says it has 77 percent of its venues completed or under construction, offering the most financially viable bid at a time of economic crisis.

Madrid's proposed budget is just under $5.6 billion, with the government having guaranteed to cover any surplus costs.

This is Madrid's second consecutive Olympic bid. It finished third in the race for the 2012 Summer Games, which went to London.

"Madrid deserves the games for three reasons: unanimous support from its citizens, nearly all of the installations are finished and organizational experience," former IOC president Juan Antonio Samaranch said.

Rio's bid projects the highest spending of the four cities - $14.4 billion - for non-Olympic organizing committee costs, such as venue construction and security.

The bid centers on the facilities Rio used for the 2007 Pan American Games, and envisions building upon the new and renovated facilities Brazil will use for the 2014 soccer World Cup. Rio is trying to bring the Olympics to South America for the first time.

"Rio is ready and the time has come," Brazilian Olympic Committee president Carlos Nuzman said. "This city, with its natural beauty, is an unrivaled stage to hold the Olympics."