5 BattleHawks we could see in the NFL soon

The BattleHawks inaugural season may have been cut short, but many players left their mark on St. Louis. Here's five who should get a look at the NFL level 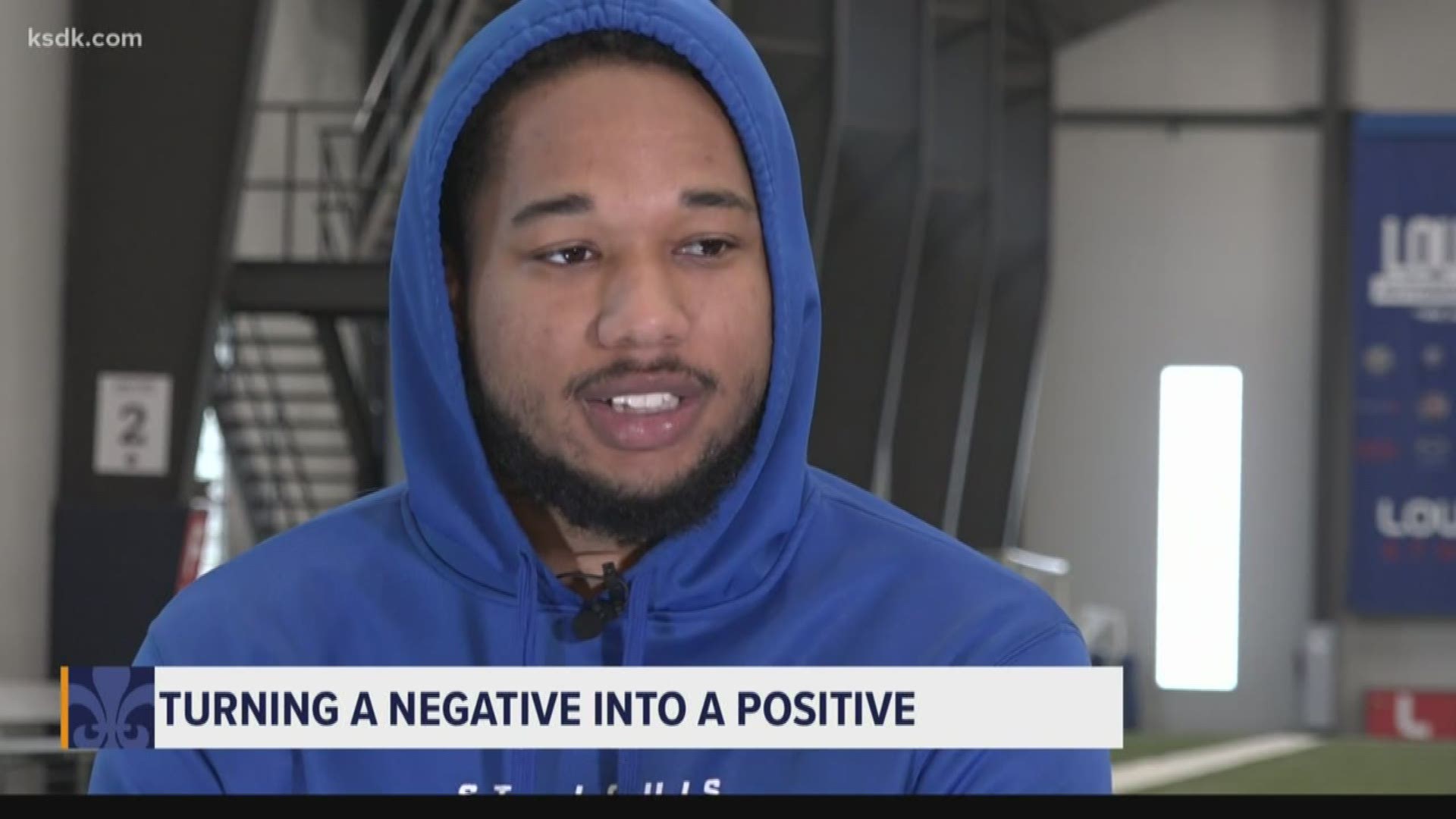 ST. LOUIS — The cancellation of the BattleHawks' inaugural season may be the most devastating thing for St. Louis area sports fans right now.

The Cardinals and Blues will eventually get back to normal, but for a new league like the XFL, who knows what this stoppage could do?

The BattleHawks had become fan favorites, and were set to pack The Dome with close to 40 thousand fans for their next home game. But, due to the spread of the coronavirus, the XFL (and every other league in the nation) have been forced to postpone operations.

But, you might not have to wait all the way till next XFL season to see some of your favorite BattleHawks play again.

Given the NFL season starts on time this fall, it's a good bet you'll see a few of your favorite St. Louis players taking their talents to a new league.

Here are the five players who should get a look in the NFL next season:

Ankrah was probably the BattleHawks most disruptive defensive player through five games. The powerful defensive end had two sacks, three tackles, three quarterback hits and 14 tackles on the season.

He should have a decent tape for NFL teams to review if they're looking for a game wrecker on the edge.

Ta'amu opened a lot of eyes as BattleHawks' quarterback, showing he could do a lot of things well.

Ta'amu finished the season third in the league in passing yards, third in quarterback rating and first in completion percentage. The "thorwin' Samoan" was also seventh in the league in overall rushing yards, and near the top in terms of average yards per rush attempt.

There's no doubt it's hard to find a spot on an NFL roster as a quarterback. But other than Houston QB P.J. Walker, there wasn't a more impressive signal caller in the league than Ta'amu.

He should at least get a serious look in a training camp, and I would not be surprised to see him stick somewhere in a backup capacity.

The BattleHawks' punter wasn't just a fan favorite in St. Louis. He was really really good.

King had the highest average yards per punt in the entire XFL at 45.7.

It also helps that he's been there before, spending seven years in the NFL with the Raiders and Broncos.

King re-proved he has what it takes to punt in the NFL in his five games with the BattleHawks, and he absolutely deserves a spot on a team this fall.

I doubt anyone knew the name "Taylor Russolino" before the BattleHawks season started. You better believe people know who he is now.

Russolino was arguably the best kicker in the XFL this season, going 9/10 on field goals, with the only miss coming on a botched play with a bad snap.

He wasn't just consistent either. He showed off just how far he could kick from. Russolino nailed a 58-yard field goal in the BattleHawks home opener against New York.

Russolino should definitely be getting looks in training camps this NFL offseason, and from what we've seen in the XFL, he has the ability to stick in the NFL if given a chance.

This was the easiest guy to pick for a few reasons, but there's one that stands above the rest. Kenny Robinson is the only player in the entire XFL who is eligible to be drafted in the 2020 NFL Draft.

His path is a unique one. He was kicked out of school at West Virginia for academic reasons. His mom was diagnosed with cancer. He chose the XFL. Now, he's projected as a mid-round pick in this year's draft.

Watch: Kenny Robinson is ready to make the NFL jump

The tape he was able to put together in the XFL, should impress teams. The 21-year-old more than held his own against veterans and players with experience in the NFL.

Through five games, Robinson was tied for the the second most interceptions in the league, with two. He was also tied for ninth among safeties in the league in combined tackles.

There is little doubt Robinson will be patrolling the secondary on NFL Sundays this season for one of the leagues 32 teams. All that's left is to see just how high he'll be drafted.

RELATED: Sports Plus Podcast | The sports world shuts down in response to the coronavirus

RELATED: 'We proved we are a football town' | BattleHawks players react to news of XFL season cancellation