A look inside the estate of former star Chargers quarterback, Philip Rivers

Philip Rivers called San Diego "home" for more than a decade. Now, his mansion in the gated community of Santaluz can be yours. 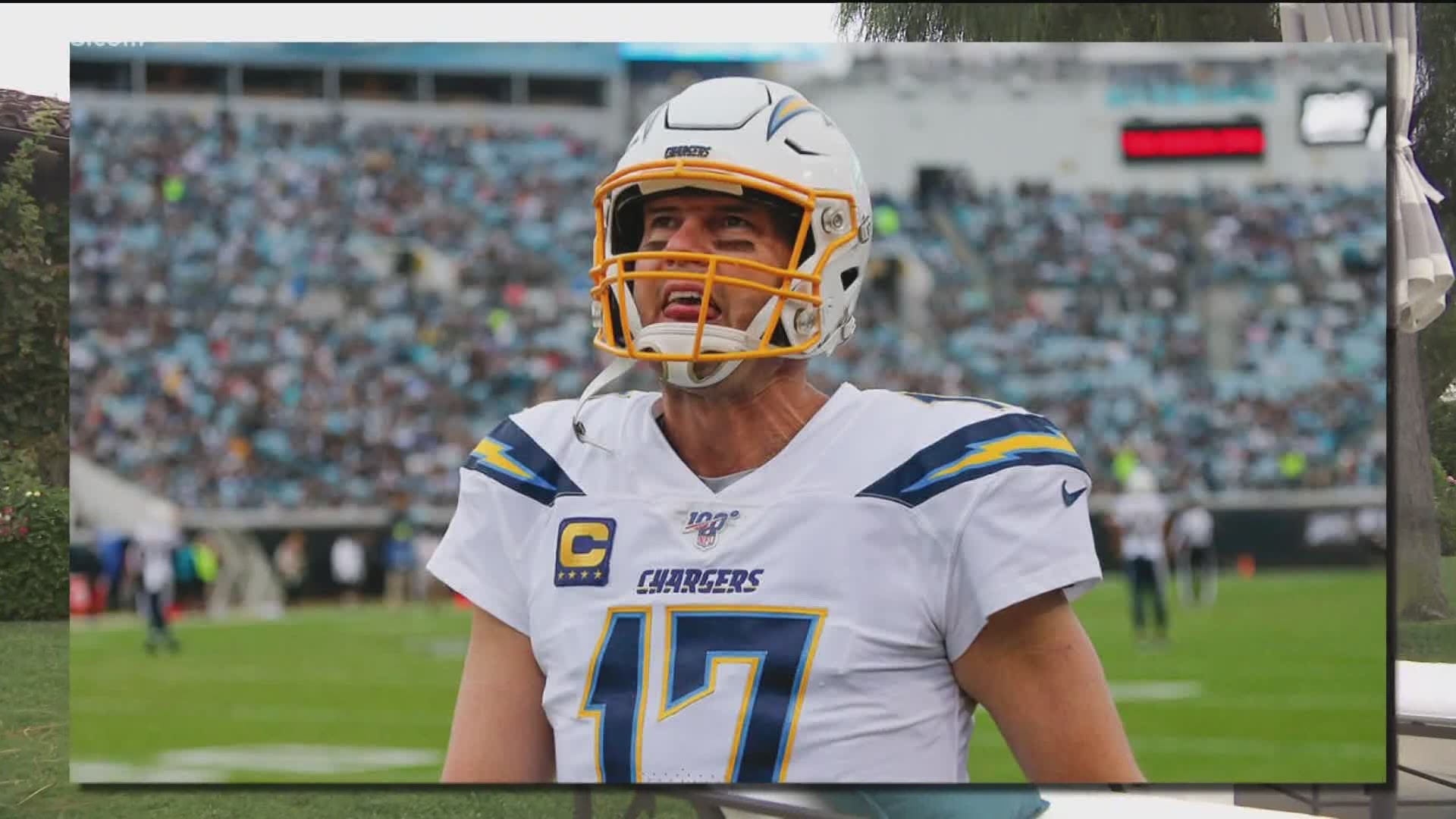 RANCHO SANTA FE, Calif. — There are stunning views, six bedrooms, six and a half baths, next level closets and more than 6,800 square feet: the home is where former Chargers star, Philip Rivers, lived with his wife and nine children.

"They moved out in January. Philip was here. He handed me the keys and he was off," said Shaun Worthen of Berkshire Hathaway Homeservices California Properties.

Worthen said the home was in good condition considering nine children lived in it.

"They are great people. I can tell you there's been a lot of love in this home and bickering with all the kids and so forth," said Worthen.

It needed some remodeling and that's where Lisa Gulliver with Show Homes San Diego came in.

"I think it was appropriately well lived in for having 11 people in the family. It just needed a style update," said Gulliver.

Now, the Rivers family's updated home could be yours for a hot $3.69 million.

Worthen said due to the pandemic, there won't be an open house, but qualified buyers can still see it by appointment.

He said with more people staying at home, some who live in crowded cities are now looking for more room in the suburbs.

"People's mindsets are heightened about where they live and having space. A home like this is a perfect environment where you can work from home," said Worthen.

RELATED: Emotional Philip Rivers thanks San Diego for its support