Tony Gwynn would have turned 59 on May 9 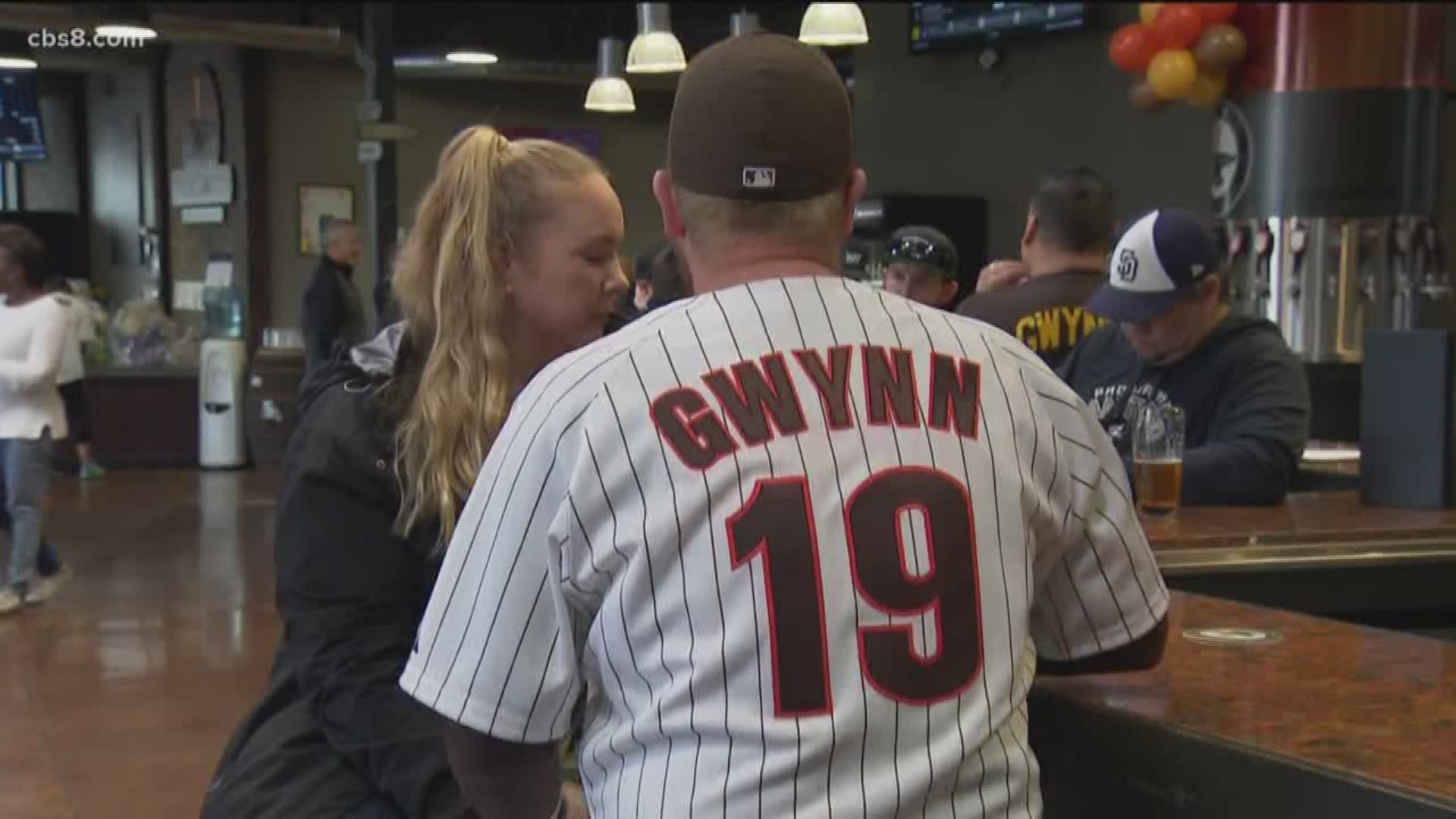 The brewery and Mr. Padre teamed up in 2014 before he died for a uniquely San Diego brew. San Diego Pale Ale .394 was named in commemoration of Gwynn’s .394 batting average in the strike shortened season of 1994.

At Saturday’s celebration, AleSmith released a hazy variant on the beer to celebrate the fifth anniversary of its partnership with the Gwynn family.

The celebration featured a live radio show featuring Gwynn’s son, Tony Gwynn Jr. After the conclusion of the show, Gwynn’s wife, Alicia, premiered her video “Easier” which is about her late husband.

Gwynn Jr. told News 8 the family celebrates Tony's birthday every year, but this year they wanted the celebration to be open to everyone.

The brewery also featured an after party with DJ Grimm where guests were invited to participate in a silent auction and raffle featuring items autographed by some of baseball’s most legendary players.

Proceeds from the day benefited the Tony & Alicia Gwynn Foundation and Gwynn Baseball.