Alternative Baseball "provides an authentic baseball experience for teens and adults with autism & other disabilities for physical and social skills enrichment." 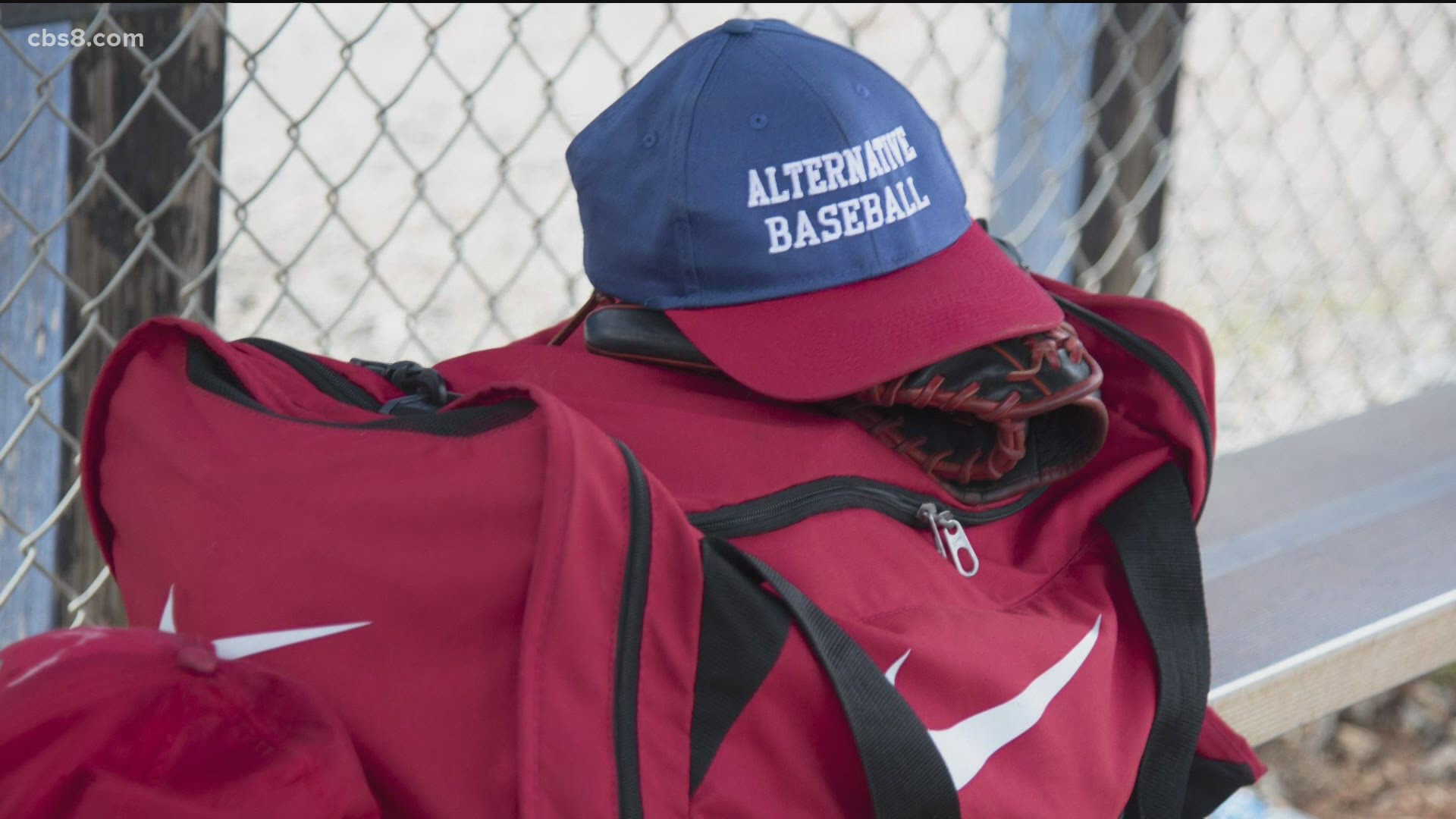 SAN DIEGO — Anyone can play. Those three words are precisely what makes baseball so incredibly special. You don’t have to look very far for examples of this. New York Yankees slugger Aaron Judge is 6' 7'' and over 280 pounds while Houston Astros MVP, Jose Altuve is 5'6'' and 165 pounds. The two couldn’t look any more different yet they both sit atop many Major League Baseball leaderboards.

Georgia native, Taylor Duncan has taken the "anyone can play" philosophy and ran with it. Duncan created his own league for those out there that just want to play ball, but haven't been given the chance to.

When Duncan was 4-years-old, he was diagnosed with Autism Spectrum Disorder. The developmental condition involves persistent challenges in social interaction, speech and nonverbal communication, and restricted/repetitive behaviors.

Eventually, Duncan felt forced out of competitive sports because coaches thought he was incapable of playing and some even said he was an injury risk. This meant Taylor could no longer play his favorite sport of baseball at the level he wanted. Taylor didn't let that frustration keep him down for long. Instead, he created his own league where all are welcome.

Alternative Baseball "provides an authentic baseball experience for teens and adults (ages 15+) with autism and other disabilities for physical and social skills enrichment in life on and off the baseball diamond."

In an interview with News 8, Duncan said, "A lot of people, I guess, don't think we could do as much as those that are out there playing competitively. But let me tell you what - when we're in an environment where we're encouraged to be the best we can be and accepted for who we are, we can do just about anything that everybody else can do. We just want the opportunities just to go out there and get her done."

Duncan's league started with one team in a small town outside of Atlanta, but with determination and appearances on platforms like TEDx, The Today Show and ESPN, Alternative Baseball has exploded across the country.

Taylor told News 8 that the league has expanded to over 70 teams in more than 30 states with a new club coming right here to San Diego! With a new manager already at the helm, Alternative Baseball is hoping to begin play in the Encinitas/Cardiff area by the fall of 2021.

He had this message for San Diegans interested in taking part: "San Diego, we're coming to you next. Encinitas, Cardiff by the Sea, we're ready for you! We just got to find the players, the volunteers. We’ve got to find the field to be able to practice on. We need the community support now to make this happen. So what are you waiting for?"

If you want to learn more about Alternative Baseball or are interested (or know someone who may be interested) in joining the team heading to San Diego, click here.