"We are continuing to explore the best ways to adapt the available spaces in our ballpark to meet the needs of the Blue Jays," said Mike Buczkowski. 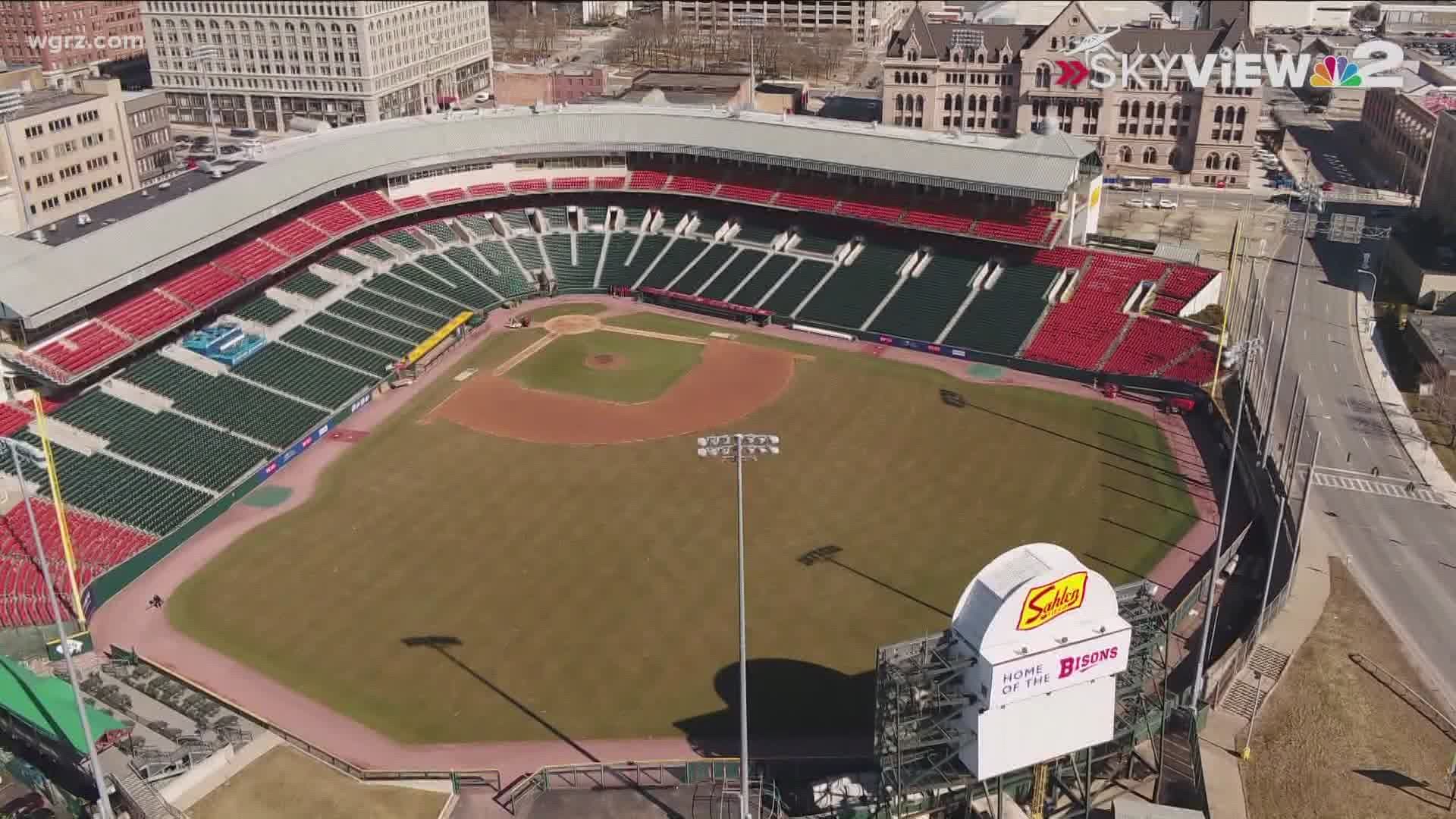 BUFFALO, N.Y. — The Toronto Blue Jays are eyeing up Buffalo to play their 2020 home games at Sahlen Field.

The Canadian Federal Government denied the team's request to play their home games at Rogers Centre in Toronto due to travel concerns about players coming into and out of the country during a pandemic.

The team is on the hunt for a temporary host and Sahlen Field is in the running among other places.

"The Bisons organization has been in discussion with the Blue Jays for several days about the possibility of hosting major league games at Sahlen Field this summer," said Mike Buczkowski, general manager for the Buffalo Bisons and president of Rich Baseball Operations. "We are continuing to explore the best ways to adapt the available spaces in our ballpark to meet the needs of the Blue Jays."

"It would bring national and international attention to the City of Buffalo," said Buffalo Mayor Byron Brown. "There has been a lot of progress in the city and a lot of great development and certainly it would help to focus attention on the progress that the City of Buffalo has made even during these difficult times of COVID-19."

Brown said Bisons management are doing everything they can to prepare the AAA stadium to accommodate a Major League team.

There are other places in the running but with the Blue Jays season starting in less than ten days, a decision is expected soon.

The Buffalo Bisons released this statement late last night about discussions for the Blue Jays to play at Sahlen Field.@WGRZ pic.twitter.com/2zumdNm0M9