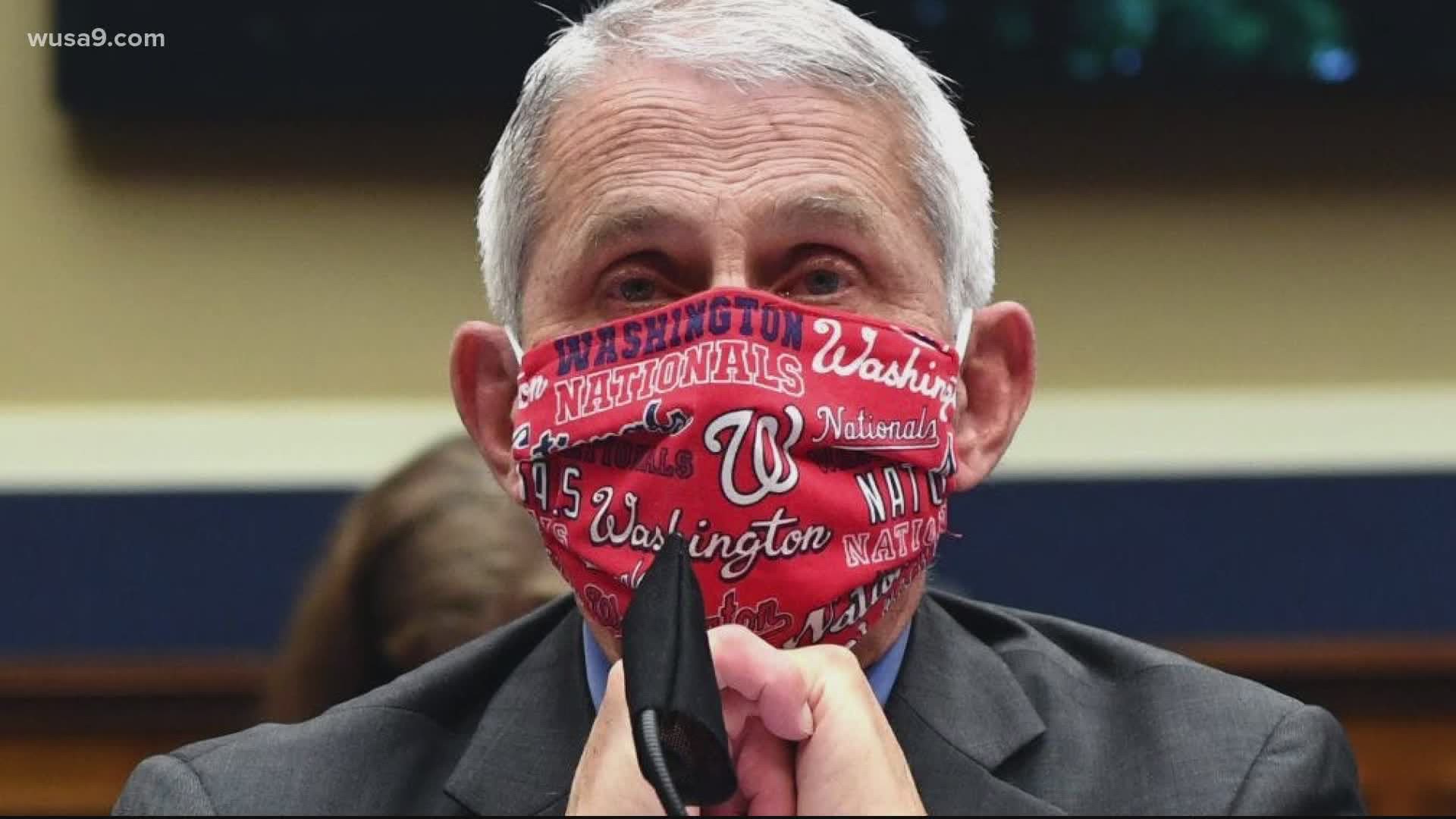 WASHINGTON — Dr. Anthony Fauci, an infectious disease expert and Washington Nationals super-fan, is slated to throw out the ceremonial first pitch for the Nats opening day against the New York Yankees. The director of the National Institute of Allergy and Infectious Diseases will take the mound for the first home game since the Nats won the 2019 World Series.

The 2020 season kicks-off with a home game on Thursday, July 23 after the MLB delayed the start due to COVID-19 concerns.

"Dr. Fauci has been a true champion for our country during the COVID-19 pandemic and throughout his distinguished career, so it is only fitting that we honor him as we kick off the 2020 season and defend our World Series Championship title," the Nationals said in a statement.

The franchise's 16th season will be the shortest since 1878, at 60 games, with the teams playing in near-empty stadiums to prevent the spread of coronavirus. Fans can still catch the games from home by tuning in on TV. Thursday's game will air on ESPN starting at 7:08 p.m., kicking-off a four-game homestand.

RELATED: Baseball's back, sort of. A look at the first day of the Nationals return as a post-pandemic season begins

The Nats are set to play each National League East team 10 times; the other 20 games will be against American League East opponents.

The season starts up after training that began earlier this month, a three-game exhibition series and changes made for necessary COVID-19 preparations.

Two unidentified Nationals players tested positive for the virus during routine testing, and several players have opted out of the 2020 season, including Ryan Zimmerman and Joe Ross.

Back in April, before the MLB had made plans for the 2020 season, Zimmerman interviewed Dr. Fauci virtually, discussing everything from how the D.C. area was doing in combating the virus to the best players of all time -- Joe DiMaggio, according to Fauci.

RELATED: How and where you can watch your DC sports teams as professional leagues start back up soon

A statement from the Washington Nationals regarding Opening Day. pic.twitter.com/iejxXeAA4V

RELATED: Here is the Nationals 2020 schedule for a shortened 60-game season