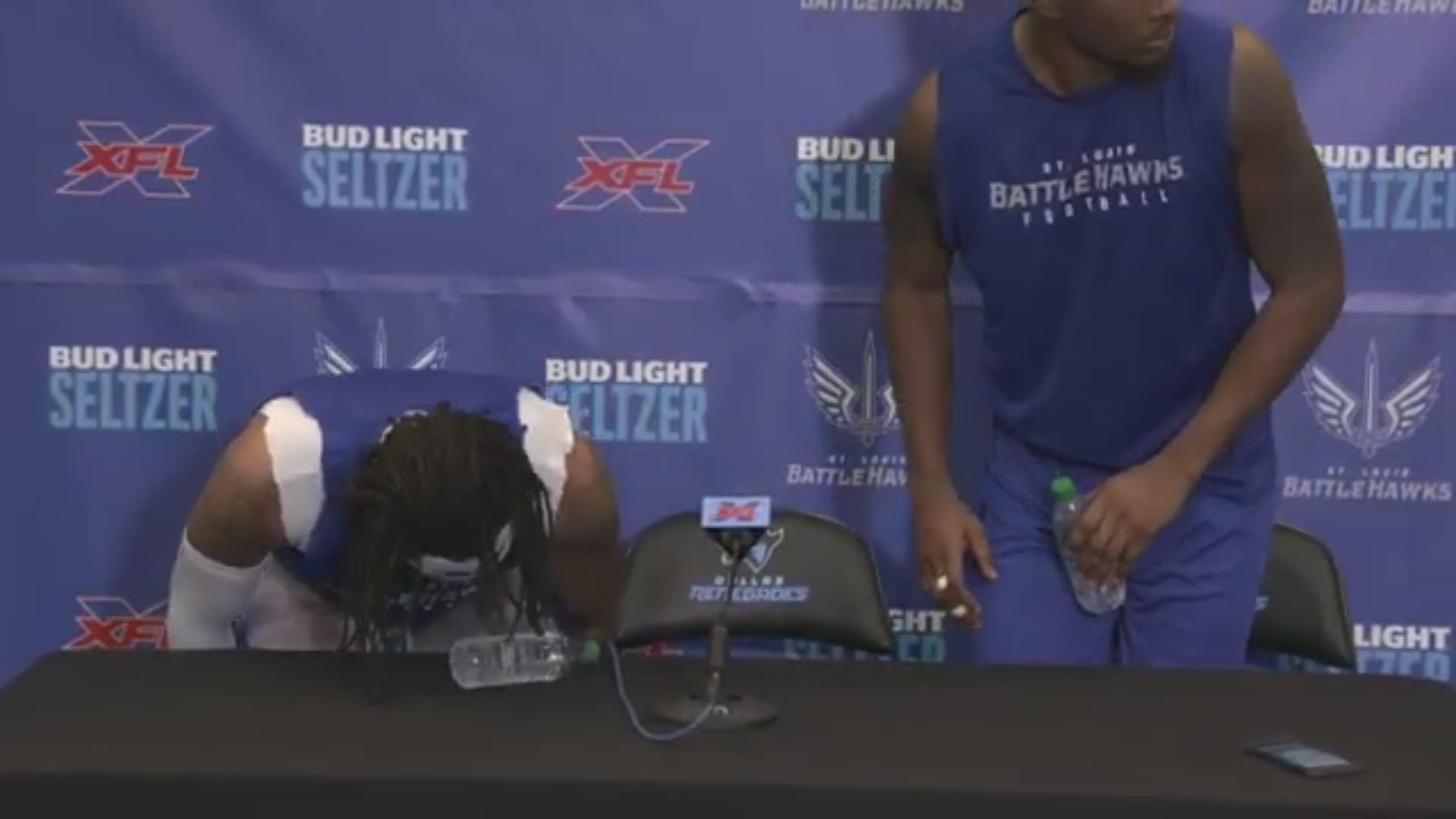 ST. LOUIS — It had been 1,506 days since a professional St. Louis football team won a game. That long stretch came to an end on Sunday when the XFL's BattleHawks won their season opener against Dallas.

The BattleHawks were the only road team in the XFL to claim a victory in the first week of the season, and were heavy underdogs coming in to play against the Dallas Renegades.

St. Louis toughed it out, though, and outlasted the Renegades 15-9 for the franchise's first win.

But it was afterward when the celebration really began.

The BattleHawks took to the locker room, as quarterbacks Nick Fitzgerald and Taylor Heinicke started "shotgunning" and chugging Bud Light Seltzers while their teammates cheered.

Of course, the whole thing was captured on video. And it soon went viral.

As of Monday afternoon, the video had nearly 3 million views on Twitter.

Eventually, St. Louis head coach Johnathan Hayes joined his team in the locker room. He was not spared from the "seltzer celebration" and eventual courtesy water jug bath.

The BattleHawks will be back in Texas next weekend to face the Houston Roughnecks, and then return to St. Louis for their opening game at The Dome at Amercia's Center on Feb. 23.

RELATED: BattleHawks release depth chart ahead of first game in the XFL

RELATED: Why the BattleHawks' newest corporate partner sets the team apart in the XFL