Harley Milne is trying to travel across the entire United States in the shortest amount of time on a Paramotor. 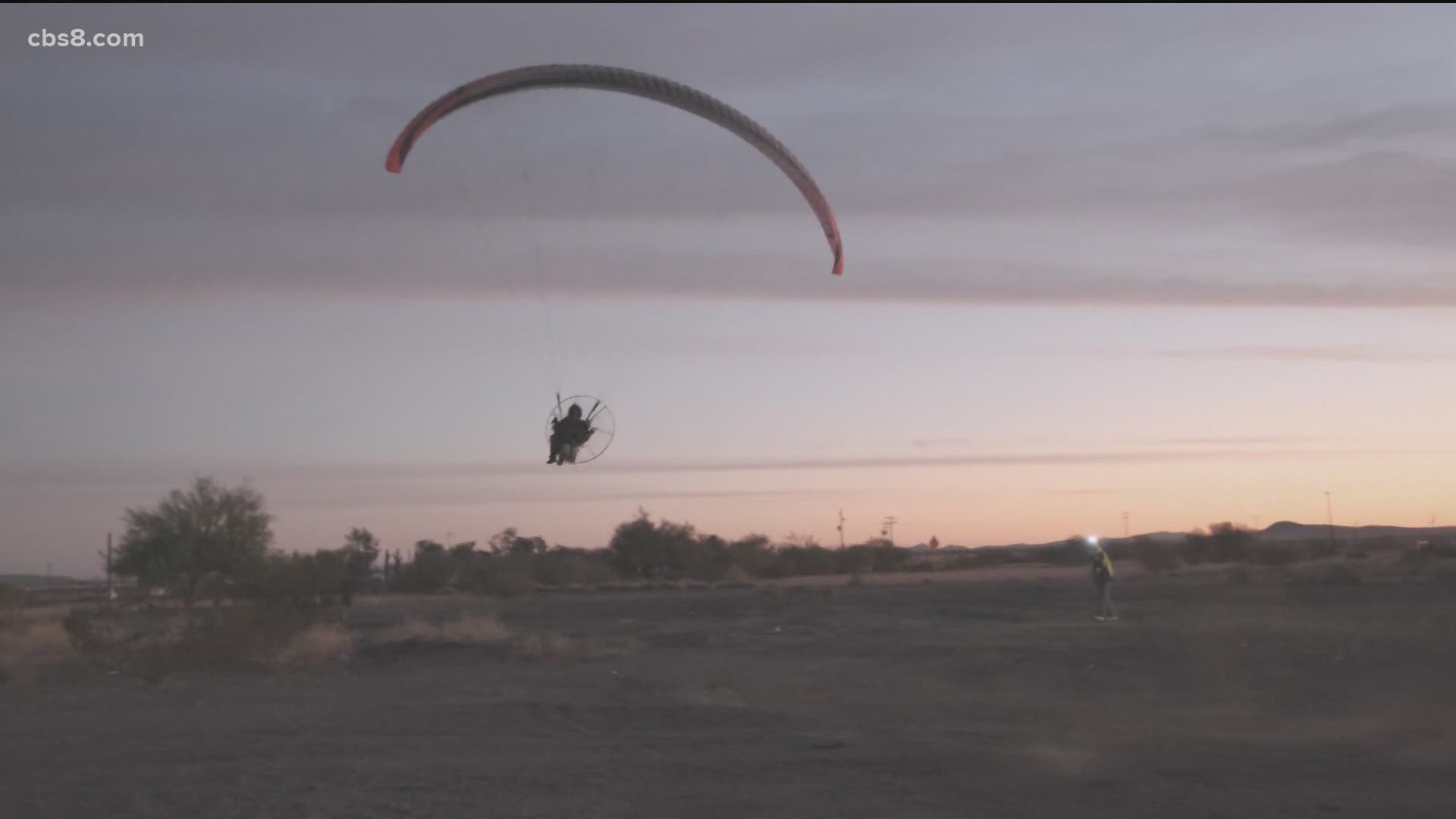 SAN DIEGO — Harley Milne left early Sunday morning from San Diego in his attempt to set a world record. He is trying to travel across the United States from coast to coast in the shortest amount of time on a Paramotor.

What is a Paramotor you ask? Well in layman's terms it's a glorified fan. In more accurate terms, it's a form of ultralight aviation where the pilot wears a motor on their back (a Paramotor) which provides enough thrust to take off using a paraglider.

Earlier in the year, Milne became the first Paramotor pilot to fly in all 50 U.S. states. Now he is on another record-setting mission. Harley plans to finish his journey in Florida. The 2,200-mile journey is no doubt a daunting task for Milne and his team, but they say it will help bring more attention to an incredible sport as well as help raise money for a great cause.

That cause is a charity called Resurgence PPG, a group that, "provides an opportunity for emotionally and physically adaptive capable veterans and warriors to overcome personal challenges through adaptive sports participation in order to build resiliency, as well as rehabilitate physically, emotionally, and spiritually."

The team plans for the two-week trip to end in Crescent beach, St. Johns County, Florida. They also say that since it is an adventure that exact plans are subject to change.

Fans or those curious can follow along with the trip with up to the minute updates on his Garmin watch here or on his Facebook page Facebook.com/50xChallenge