After having her weight class omitted in the 2016 Olympic Games, Danyelle Wolf is determined to dominate her opponents in order to fulfill a lifelong dream. 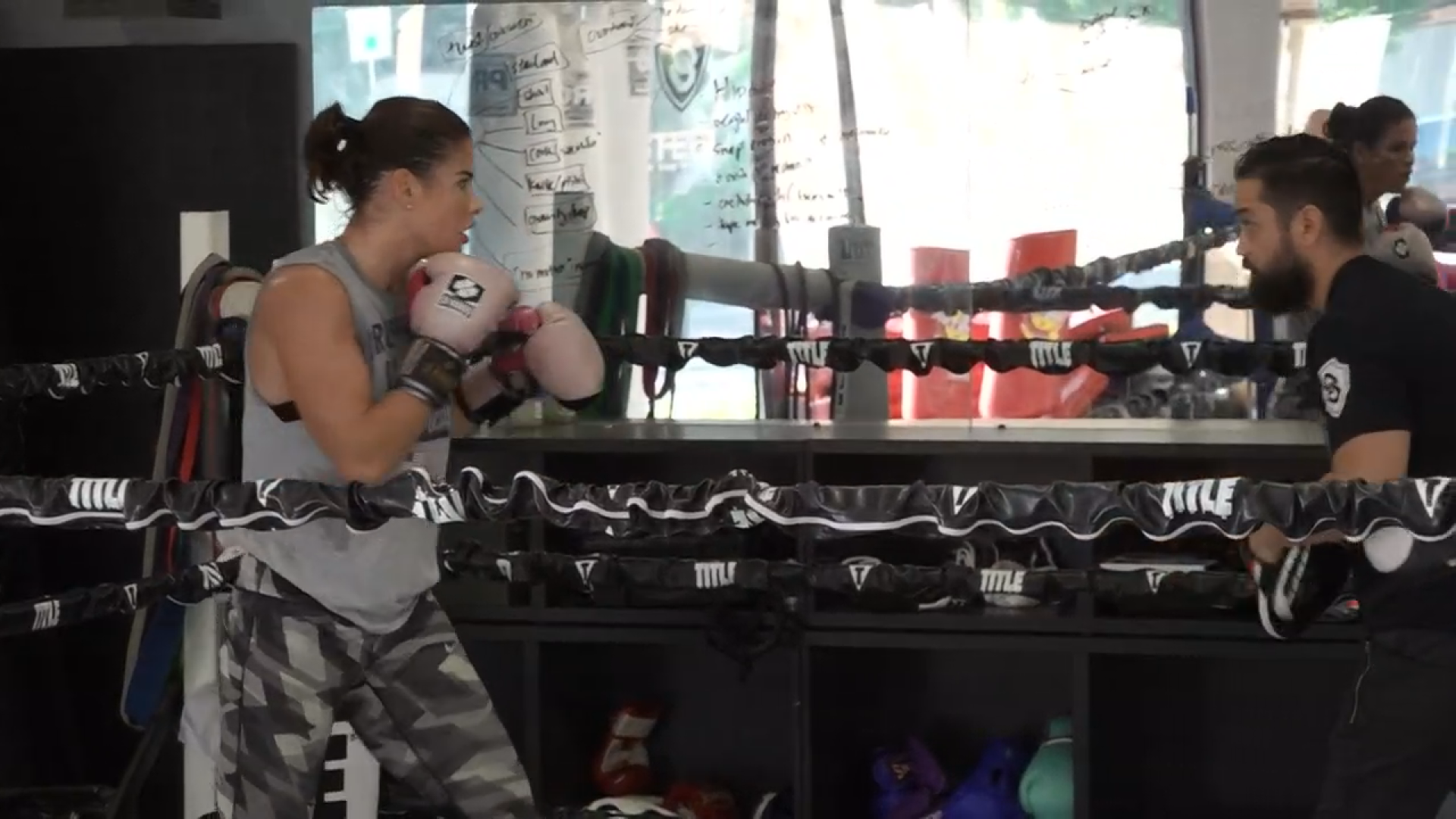 SAN DIEGO — Danyelle Wolf Is a three-time United States boxing champion who is trying to take the 2020 Olympics by storm. At 35 years old, Wolf was not sure she would ever get the chance to represent her country on the biggest boxing stage in the world. During the run up to the 2016 Olympic Games, the International Olympic Committee decided to leave the 152-pound welterweight class out of the competition. This left Wolf out without somewhere to compete in the contest she had been working towards since she was in the first grade.

Wolf thought that was her last chance to compete on the Olympic stage, so she pivoted her training to Mixed Martial Arts rather than just strictly boxing.

The Pacific Beach woman left the ring and went overseas to train at all the top mixed martial arts schools, which included facilities in Thailand and in New Zealand.

Wolf contacted her former coach, Basheer Abdullah, to incorporate boxing into her MMA training. Abdullah encouraged her to go to the 2020 Olympic Trials as her weight class was finally being added.

“Four weeks before the Olympic trials, we spoke about how I had a great shot at going to the Olympics,” she said.

As Wolf was approaching her MMA debut, she dislocated her arm and completely tore her labrum. By the time she recovered from her surgery, the Olympic trials were right around the corner, four weeks away.

“There is nothing that is going to stop me. I’m on this journey for real” she said.

Wolf won the first round of Olympic Qualifiers back in April in Las Vegas and has qualified for the final, 2020 Olympic Trials, which will take place in Louisiana on Dec. 10, 2019 to December 15, 2019.

She looks forward to representing Team USA at Tokyo 2020.

“This is only the third Olympic Games ever to feature women’s boxing,” said Wolf. “I want to show women that being strong and being a woman is beautiful, it’s graceful, it’s powerful. It’s never too late to go after your dreams. Everyone is a champion; you just have to fight.”

Wolf trains with Basheer Abdullah, Head Coach at The Arena and with Carl Gebhardt, Head Coach and Co-Owner of Steel MMA.

For more information on Danyelle or to look at her eye-popping stats, click here.