"You can’t always control what’s going to happen when you’re on the field or in the hospital. But you can prepare for it.” 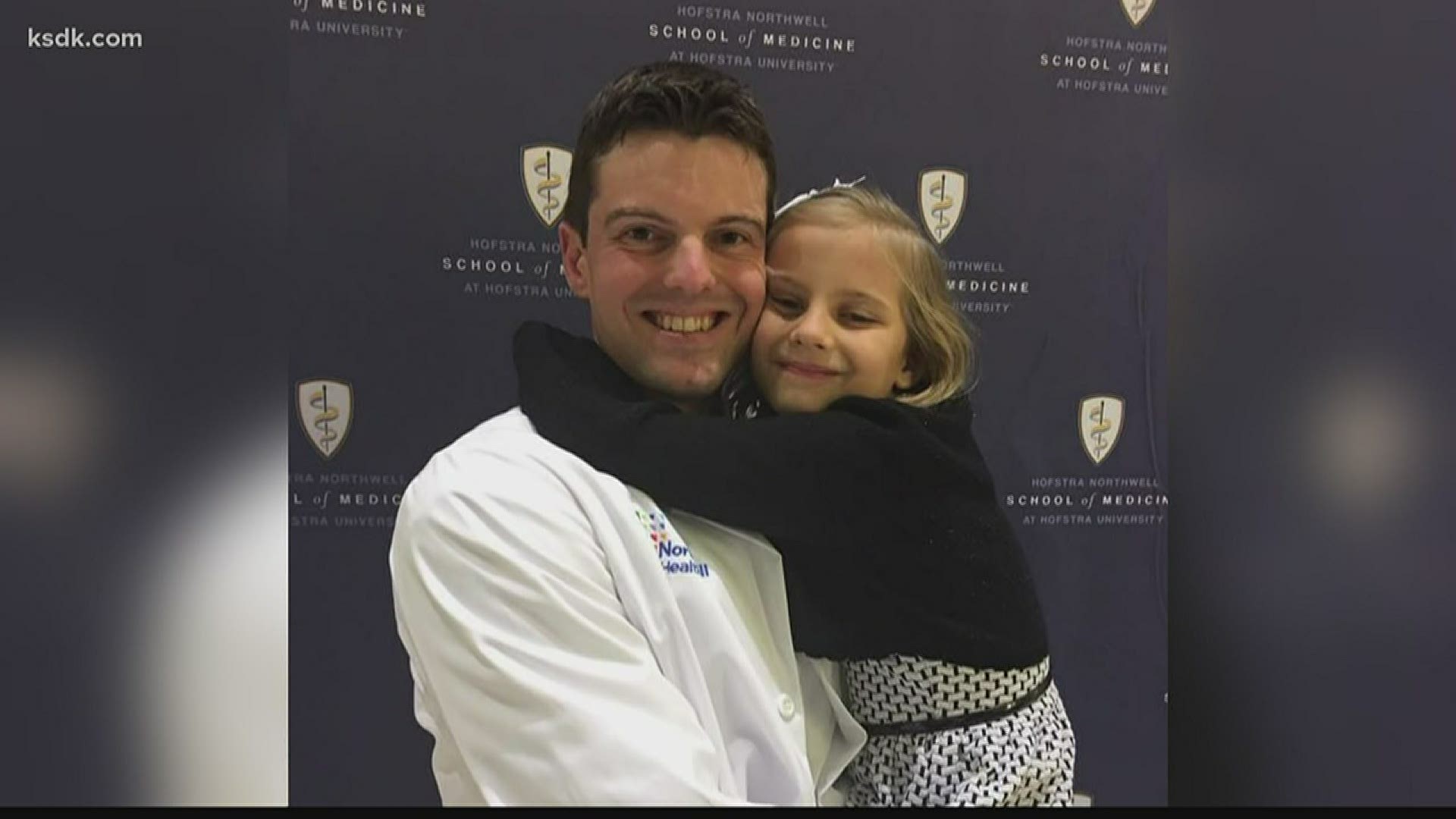 Nine years ago Mark Hamilton was walking into Busch Stadium as a St. Louis Cardinals infielder.  On Friday, Hamilton graduated from the Donald and Barbara Zucker School of Medicine at Hofstra/Northwell.

Even during his playing days, Hamilton had the goal of becoming a physician.

Medicine and health care were topics discussed at the dinner table each night, with his father practicing as a prominent researcher in oncology at John Hopkins.

“Depending on how my baseball career went, I was planning on going back and finishing as I did,” Hamilton said. “And ultimately, how my career went was perfect because as I finished up I had an opportunity to return at an age where I feel like I was ready and able to have a long career in medicine after the fact.”

Hamilton graduated in a class of 99 medical students. All of whom had an accelerated graduation by one month.

“Governor Cuomo had pushed, especially when we were not really sure about this was going to look on the healthcare system,” Hamilton said. “He started to talk about how fourth year medical students were close to our graduation anyways. And that if they could push us up, then we’d be credentialed to enter the hospital sooner rather than later.”

Therefore, Hamilton will begin his residency one month early at Northwell Health, which is the Long Island Jewish and North Shore University Hospitals in New York.

On Tuesday, New York state recorded the largest single-day increase in its death toll from the coronavirus since the crisis started.

While it’s nearly impossible to fully prepare for an unknown situation, Hamilton said he’s grateful to have played baseball at the professional level because it’s taught him life lessons that he can utilize now.

“Something I definitely learned from baseball has been preparation,” Hamilton said. “And that you can’t always control what’s going to happen when you’re on the field or in the hospital. But you can prepare for it.”

Hamilton added that adaptation is another concept he acquired through baseball. Adapting to your surrounding, and executing your duty.

“You have a job to do, and you execute it,” Hamilton said. “And that definitely is the same as a procedure, or treating a patient, or trying to hit off a guy throwing 95 miles per hour. You have a job to do, you’ve had preparation, and you’re in the moment. You have to have that focus that the only thing that matters to you at that time is the person in front of you. The patient, the pitcher, whatever it may be.”

Hamilton added that he’s looked forward to graduating and beginning his practice for as long as he can remember, but beginning during a pandemic is nothing anyone could have anticipated.

He said the risk of practicing medicine during a time such as this is very different from the risk of playing professional baseball. But Hamilton feels confident in his training, and prepared to face COVID-19 on the front lines.

RELATED: Everything you need to know about coronavirus in the St. Louis area