Golf was Haley Moore's outlet against bullying; it led to an LPGA tour card and helping others

Haley spent several years of her young life fending off the attacks of bullies. Now she’s courageously sharing her story to help others facing similar circumstances. 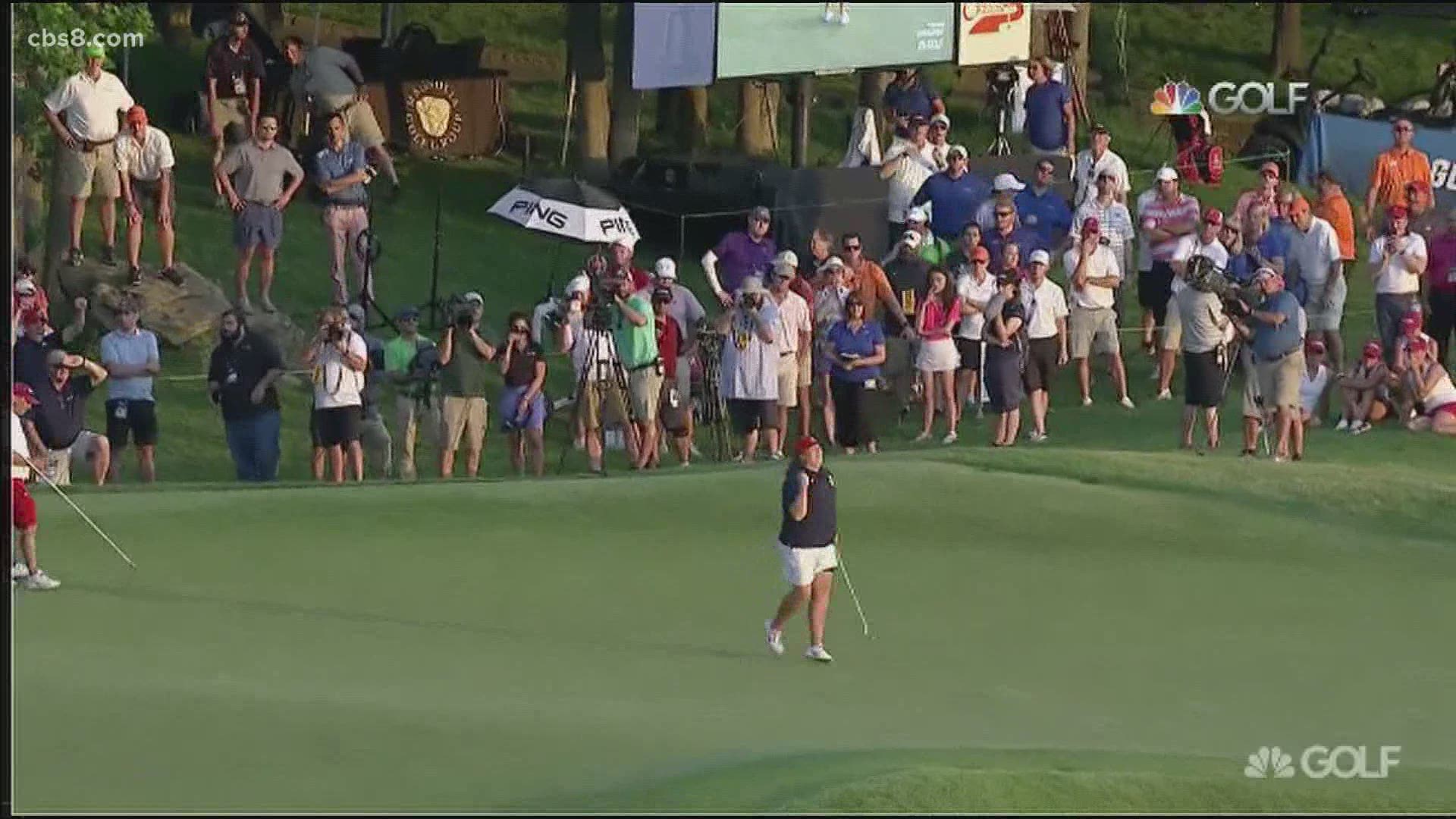 SAN DIEGO — Exactly one year ago this weekend, Haley Moore of Escondido earned her LPGA tour card, realizing her life-long dream of becoming a professional golfer, just a short 18 months after winning the national championship for Arizona. But climbing to that elite status took a lot more than countless hours hitting practice balls at the driving range.

Haley spent several years of her young life fending off the attacks of bullies. And now she’s courageously sharing her story to help others facing similar, painful circumstances.

Anyone who saw it will never forget it.

A putt in sudden death, in the finals of the 2018 NCAA golf tournament that won University of Arizona the national championship.  Escondido’s Haley Moore was a hero, anyone could see that.

What people couldn’t see, were the years of torment, anguish, courage and determination that led to the greatest single moment of Haley Moore’s life.

Haley discovered the game of golf when she was just 5 years old. Her big brother Tyler had a lot to do with her interest and together they improved rapidly.  The more she realized how good she could be, the more she fell in love.

But Haley didn’t look like a typical junior golfer… she was larger than her peers and a lot better, even than the boys.  In a child’s world where one so wishes to conform, Haley did not. And that’s when the bullying began.

“Especially in middle school. I had rough times being bullied. I didn’t know if going to the golf course would even help,” Haley said.

But while golf was often the trigger for the bullies, it was also Haley’s salvation.

“After a bad day at school, I’d say ‘hey mom, drive me to the golf course so I can hit some balls,’” Haley said.

“Golf was really her outlet when she was stressed,” Michele explained. “That was her place of solace.”

As a sophomore at San Pasqual High School, Haley received a full scholarship offer to play golf at the University of Arizona.  She even graduated a semester early to get a jump on her college career.

And then came the moment.  It was her junior year in the NCAA tournament finals against Alabama.  Her coach put Haley in the final match, the one that would ultimately determine the national champion.  Haley trailed after 12 holes, but rallied from behind to force a playoff, where her perfect chip shot set up the biggest birdie of her life.

When asked about that moment, it still gives Haley chills today. “Just goosebumps.

I still today go back and look at the putt,” Haley said. “A memory that’ll stay in my life forever.”

Soon after that thrilling moment which made Haley a college golfing legend she earned her professional status on her very first attempt at golf’s qualifying school and this year played as a rookie on the LPGA tour.  She’s now the face of the LPGA’s drive-on campaign,  courageously telling her story to help others targeted by bullies.

“I got here, and it took some obstacles, but I kept grinding thru it and here I am,” Haley said.

When Haley found out Ophelia was at the LPGA #DriveOn Championship - @reynoldsgolf as a jr. reporter, she had a special message and surprise for her

RELATED: LPGA's Haley Moore fights back against bullies; excited for return to play

RELATED: How to create a gameday experience in your own home