What does the return of Friday night lights mean for San Diego?

In the two biggest school districts in San Diego: Sweetwater Union and San Diego Unified, each player will have four tickets to give to immediate family. 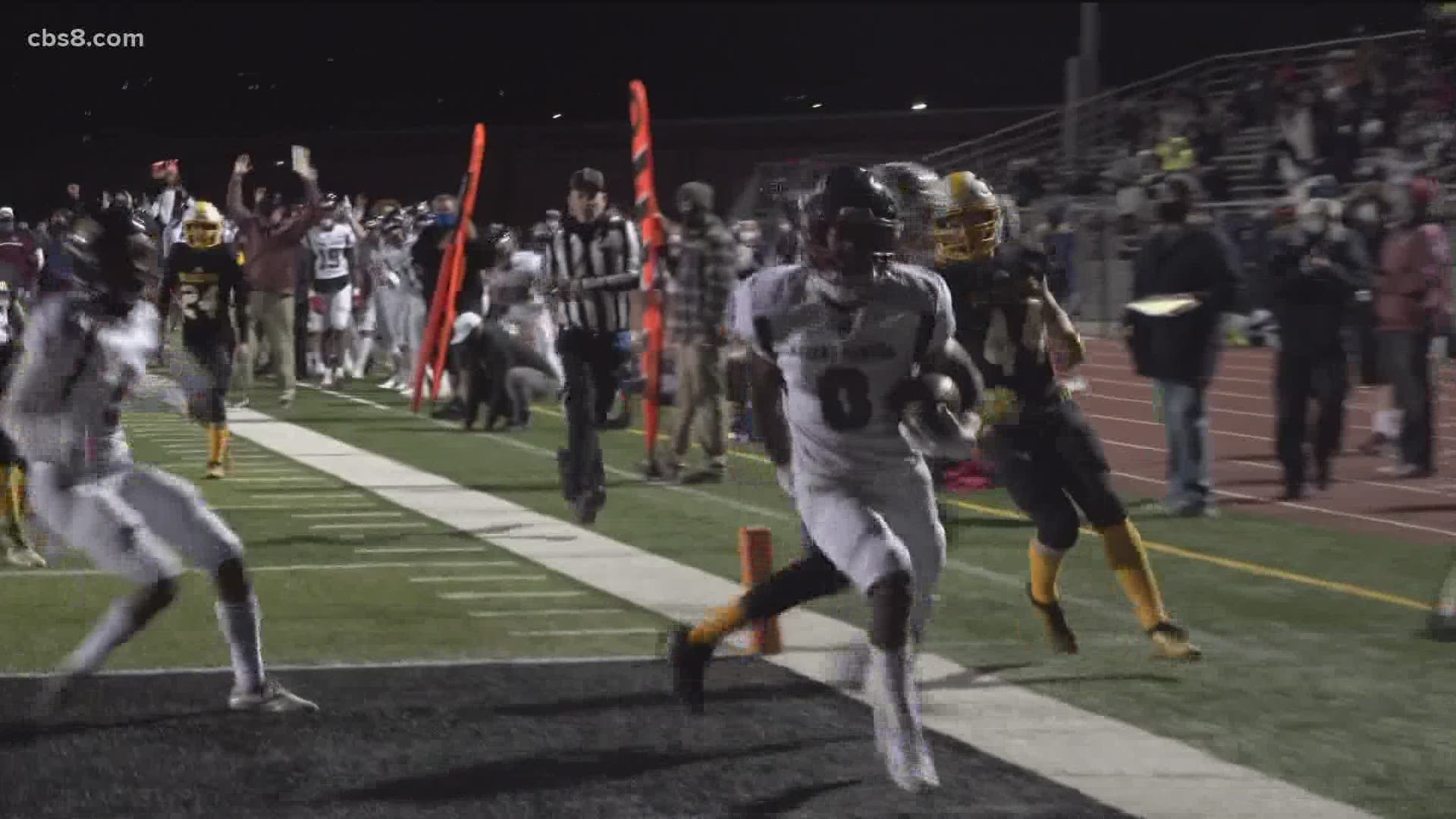 SAN DIEGO — With the play on the field and touchdown calls from an announcer, it really felt like high school football was back in San Diego.

After California lifted the restriction on youth sports, high school athletes took the gridiron for the first time last week. But much to the disappointment to parents and friends, no fans were allowed in the stadium.

Leaving parents and friends to watch games from behind fences like fans outside of Scripps Ranch High School last week.

“They were not able to social distance, they couldn’t sit down,” said Scripps Ranch Parent Brian Stoney. “They were certainly all shoulder to shoulder doing the best they could to mask up.”

Because he was doing play-by-play in the press box, Stoney wasn’t among the huddled fans outside the fence, but was no doubt thrilled when San Diego Unified School district announced they were allowing fans into stadiums to watch high school sports, including football games.

In the two biggest school districts in San Diego: Sweetwater Union and San Diego Unified, each player will have four tickets to give to immediate family who will then have to sit together for the game.

But be sure to eat before, because there will be no outside food or drink and the concession stands will be closed.

“On top of it, they said you could go to both home and away games,” said Stoney. “So we’re pleased, we’re real happy.”

While having fans in the stands on Friday night seems like a given, its just another small step in the reopening process. But since this is the last year for some high school athletes, the fact that family can now watch a game of football is a great relief to some parents.

“Most of these parents, we’ve been chasing our kids around to practices and games since they were five years old,” says Stoney “To finally see your kid in at the high school level, kind of made it to what he’s been fighting for. It just means the world to us to watch them as well.”

WATCH: Friday Night Lights are back on in San Diego