Lincoln's Jahlil Florence excited for next chapter at University of Oregon

Florence had every intangible ability to become a special player but he wasn’t satisfied with just having the raw talent, he wanted the skill as well. 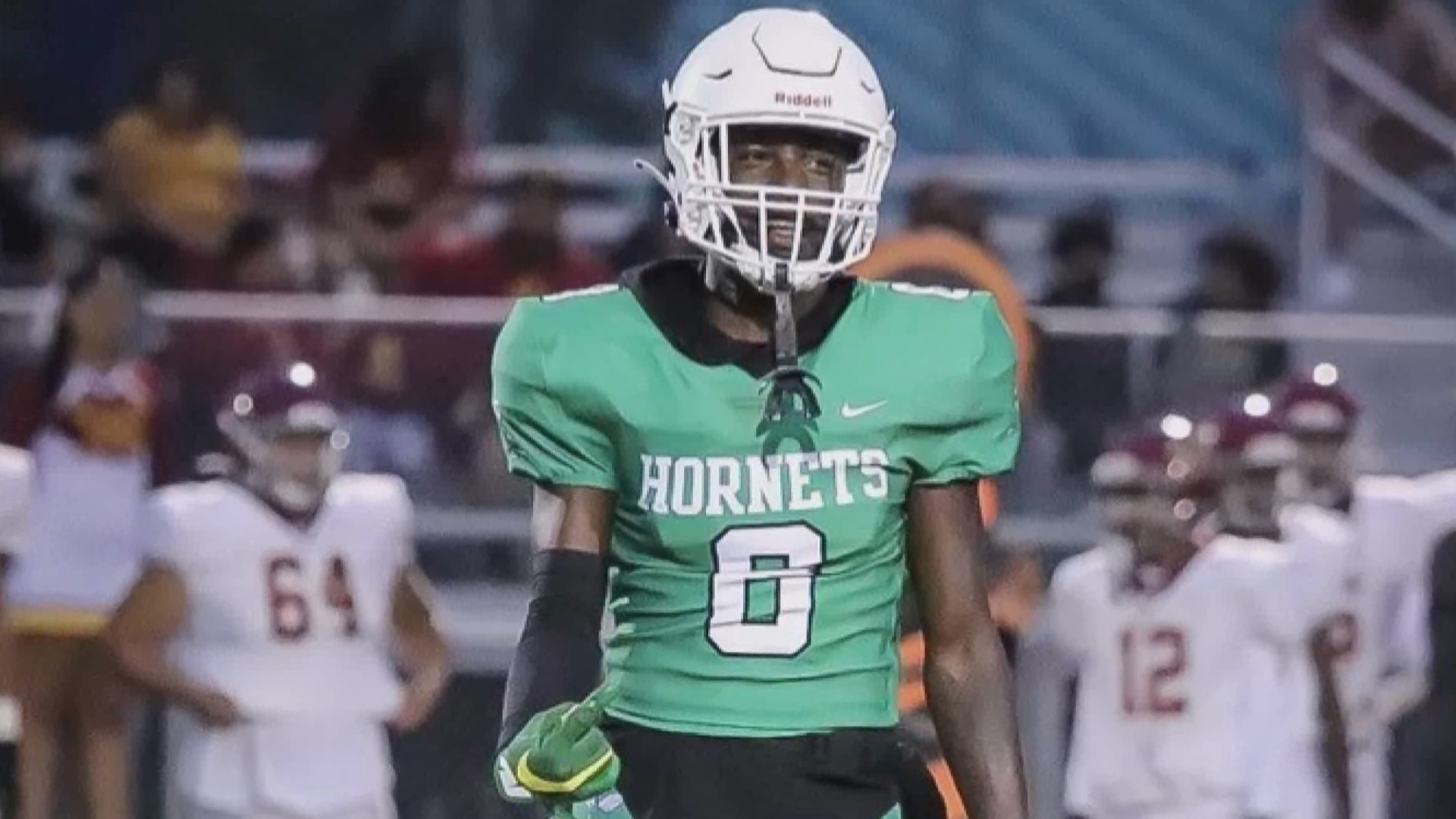 SAN DIEGO — Before he was considered one of the best football players in the state of California, four-star cornerback Jahlil Florence of Lincoln High School wasn't sure how good he would even be at the sport of football. Florence continued to listen to his coaches who constantly told him that he had the talent, he just needed to hone his skills.

“The coaches just kept letting me know that they knew I would be good and they believed in me. We would always go get extra work in any chance that we got.” he continued saying “ Any grass field, turf, anything they would help me understand the game and get me where I wanted to be.”

With his size and speed, Florence had every intangible ability to become a special player but he wasn’t satisfied with just having the raw talent, he wanted the skill as well.

“I didn’t know anything about playing corner, I really wasn’t sure what to do. But I did know that it was rare to find a 6’2" corner that could move like I could.”

Florence worked on his craft and transformed himself into one of the best football players in the state of California and has prided himself on having the same presence on the field as all-pro cornerback, Jalen Ramsey.

“He is just a dog, he can do everything on the field, he is special, and that's what I try to bring every night.”

All of the hard work and dedication has paid off for Florence as he has now received numerous scholarship offers from some of the biggest schools in the country. While it's never an easy choice to decide where you are going to continue your athletic career, it was an easy one for Florence, he chose the University of Oregon.

“It's just been my dream to play for the Ducks ever since I was a little kid, it was every kid's dream.” He adds, “The biggest thing for me was the coaching staff, they have a family mentality and I loved that. Also, it's because of [head coach] Mario Cristobal, he keeps it real and he's always fired up and excited, I just love his energy.”

Even though Florence's story started off differently than most, he understands the position he is in, and he wants to inspire those younger than him, and also play his heart out every night for those who believed in him.

“I was in that position before, so I want kids to see me and be inspired, I also know that somebody will always be watching me. So I want to inspire whoever it is.”

Lincolns Jahlil Florence excited for next chapter at University of Oregon