Student-Athletes and parents hoping to score big with statewide rallies

On Friday, Jan. 15 at 4 p.m., there are rallies at high schools up and down the state, including several here in San Diego County. 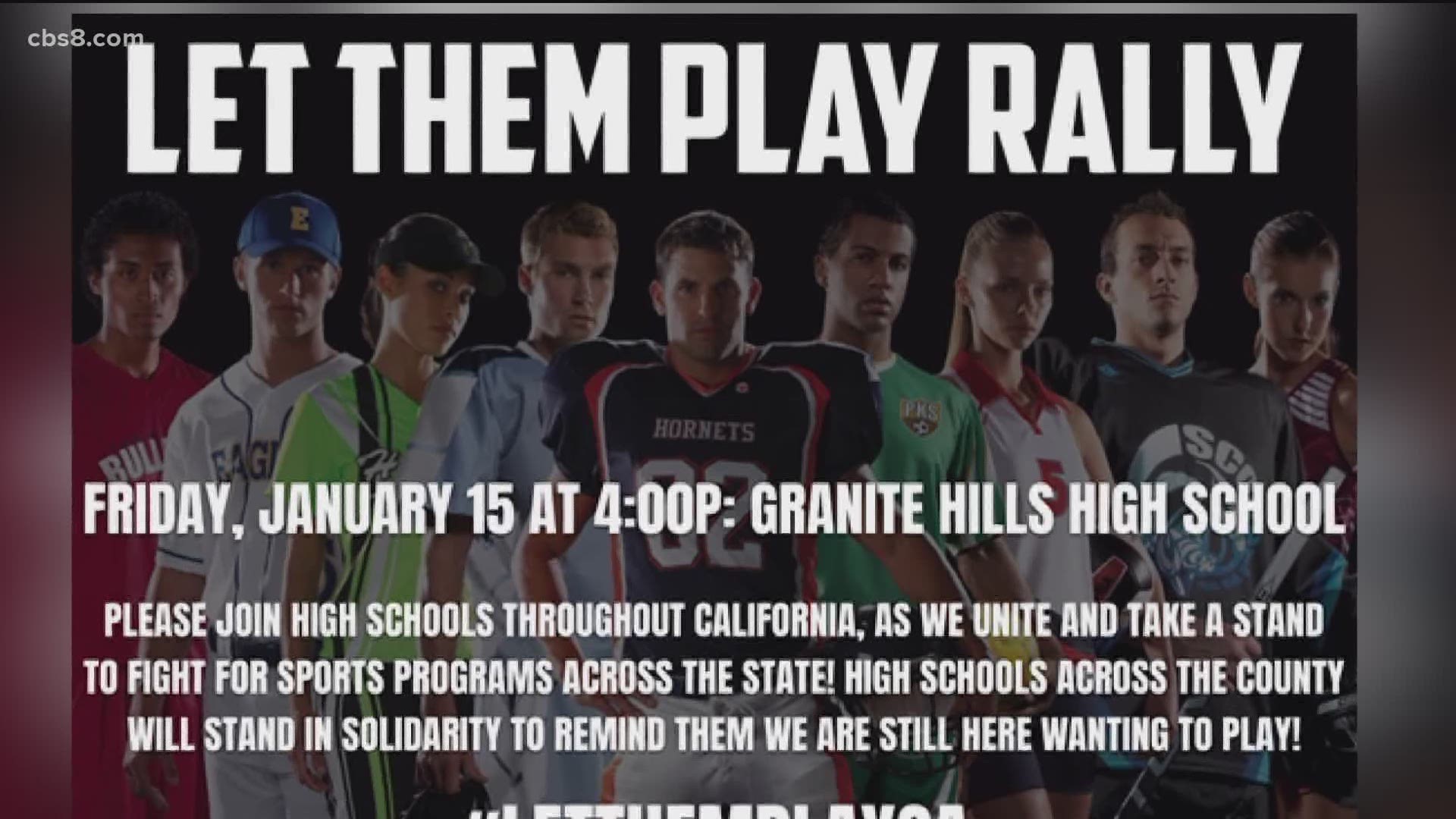 SAN DIEGO — A grassroots effort is underway to get student-athletes across the state back in action. The group called "Let Them Play California" started a Facebook group less than two weeks ago. It already has nearly 30,000 members.

On Friday, Jan. 15 at 4 p.m., they’re taking action. They’ve planned rallies at high schools up and down the state, including several here in San Diego County.

Michelle Shane will be among those participating. Her son, Mason, is a freshman at Mission Hills High School. To say Mason loves football is an understatement.

“He's been a football player pretty much all of his life,” Michelle said with a smile. “I couldn't pry the football out of his hands!”

But Michelle said her son has been on a rough rollercoaster ride of emotions this season. Things started to get better when the school allowed students to work out in small cohorts, but then they were forced to stop.

Now the kids are in a state of limbo, not knowing if they’ll get to return at all.

“These kids are just cooped up and this is a group of active kids that need to be outside," Michelle said. "They need to be playing sports.”

Coaches will not be attending most of the rallies, but they definitely appreciate the support.

“A kid left their program - two of them - went back to gang life," Coach Gladnick said. "One of them is already dead. We're having kids commit suicide. We have kids with depression, anxiety, a sense of hopelessness.”

And making the situation even more frustrating is that the coaches and players are seeing students in other states safely hitting the field.

“Thirty-six states have played a full high school football season,” Coach Gladnick said. “Over 96 percent of scheduled games were played. There is a mountain of evidence that COVID in this particular population isn't being spread and isn't a hotspot for spreading.”

Parents also fear this will affect scholarship opportunities - with college scouts traveling to areas where they can watch high schoolers play. Meanwhile, students in California can't even update their recruitment videos. Local coaches are working hard to still get their kids noticed, but agree it's an issue.

Organizers said the more, the merrier at Friday’s rallies, but they stress you must wear a mask and social distancing will be enforced. They want to show decision-makers that the 800,000 student-athletes across the state are taking safety seriously.

“I'm hoping that all states and local officials will hear us,” Michelle said. “We want to get our kids back out to play.”