Get ready for hockey! Watch the Gulls on the CW San Diego starting March 27

The first CW San Diego telecast will take place on Saturday, March 27 when the Gulls host the Tuscon Roadrunners at 7 p.m. 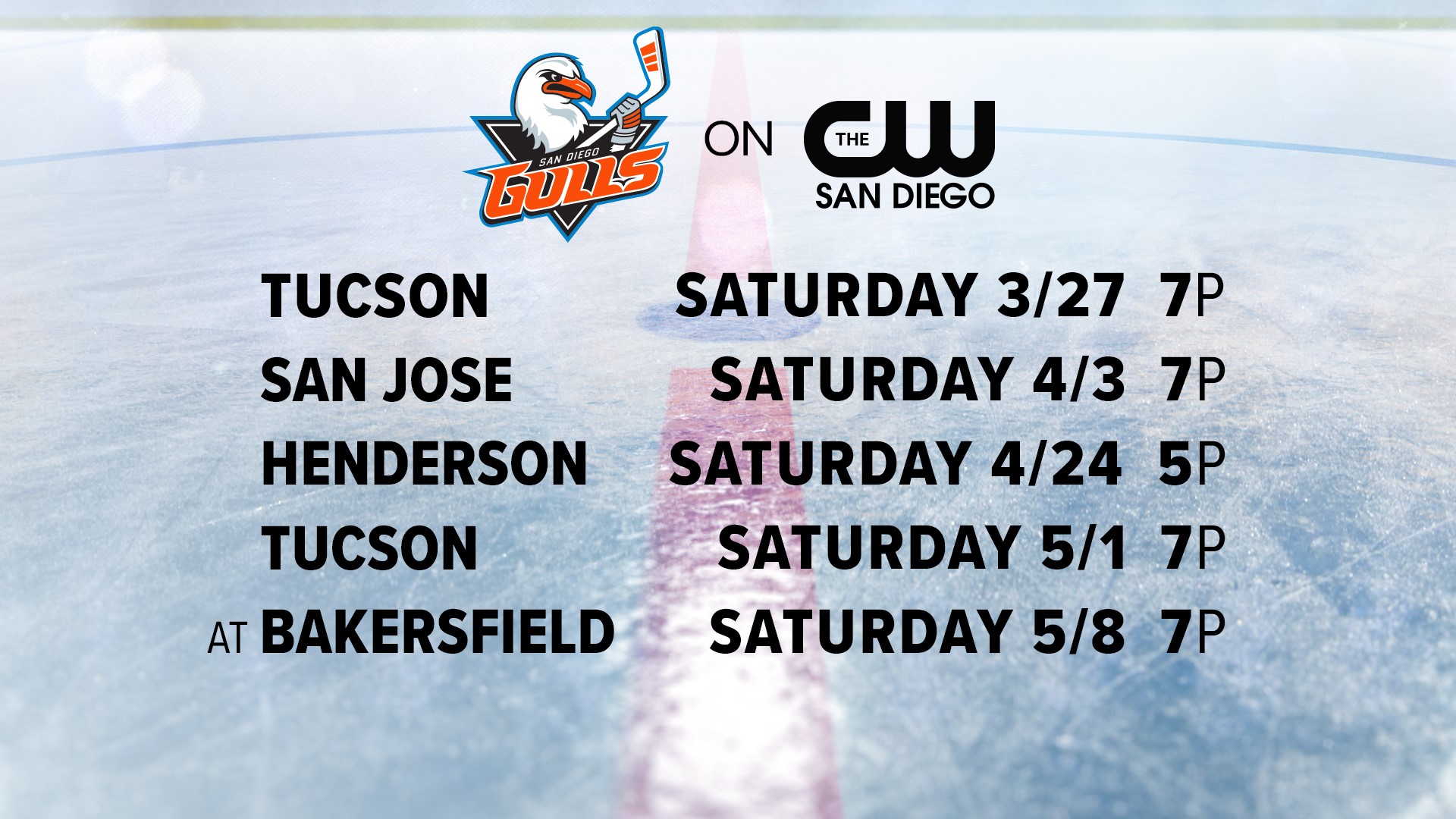 “We are thrilled to announce our partnership with KFMB and begin this new relationship that will further expand our reach to Gulls fans and hockey fans in San Diego,” said Matt Savant, President of Business Operations for the Gulls. “KFMB has a longstanding history of providing prominent news and sports coverage to our region as the first television station to go on-air in San Diego. This partnership will give our passionate fanbase more access to hockey than ever before with live telecasts of the Gulls.”

The five-game television schedule will feature four home contests at FivePoint Arena at Great Park Ice in Irvine, Calif. in addition to one road game. The first CW San Diego telecast will take place on Saturday, March 27 when the Gulls host the Tuscon Roadrunners at 7 p.m. CW San Diego will also televise one road contest on Saturday, May 8 at Bakersfield at 7 p.m.

Andy Zilch, Gulls play-by-play announcer, is in his third season as the voice of the club. Zilch will be joined in the broadcast booth by color analyst B.J. MacPherson, who will call his sixth season of Gulls hockey. MacPherson played 774 games of professional hockey in the AHL, West Coast Hockey League and International Hockey League from 1994-2001. He was a member of the WCHL Gulls from 1996-2001 where he scored 137-208=345 points and won four Taylor Cup championships with San Diego.