Baffert said he was informed Monday that betamethasone is an ingredient in Otomax, an ointment used on the 3-year-old colt. 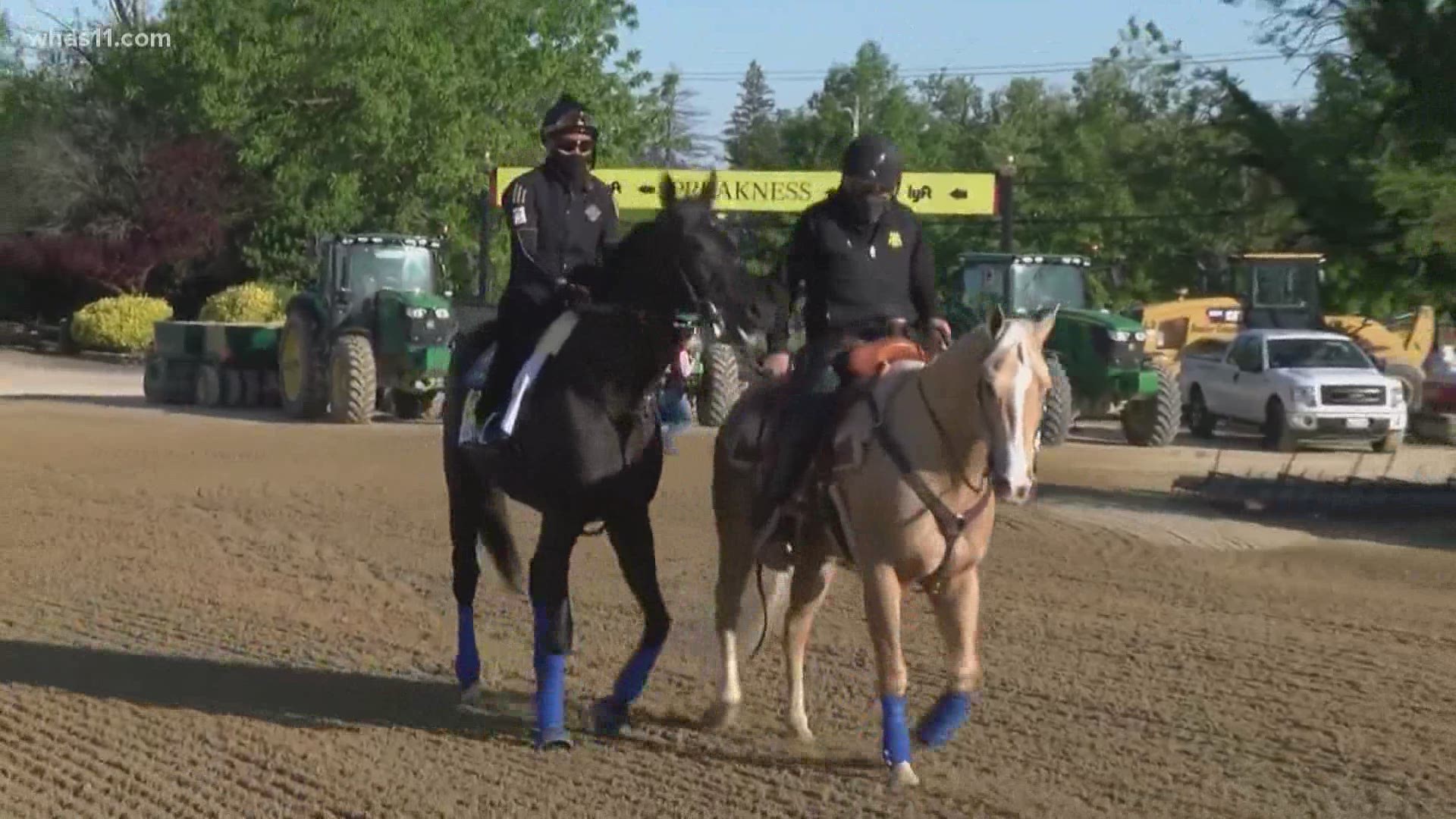 Baffert said he was informed Monday that betamethasone is an ingredient in Otomax, an ointment used on the 3-year-old colt daily following the Santa Anita Derby. The ointment, Baffert said, was recommended by a veterinarian to treat dermatitis.

"While we do not know definitively that this was the source of the alleged 21 picograms found in Medina Spirit’s post-race blood sample, and our investigation is continuing, I have been told by equine pharmacology experts that this could explain the test results," Baffert said.

Baffert repeated that he had no knowledge of betamethasone used on the horse and said the ointment, if the cause, was not used to get an unfair advantage.

Churchill Down said Medina Spirit had 21 picograms, more than twice the legal limit, of the therapeutic drug in its blood. In his statement, Baffert said pharmacologists told him that the amount "would have had no effect on the outcome of the race."

"Medina Spirit is a deserved champion and I will continue to fight for him," Baffert said.

Baffert continued to call out horseracing regulations, saying the sport needs to address problems in discovering substances that "innocuously find their way into a horse's system."

Congress passed the Horseracing Integrity and Safety Act in December, which would create a unified authority to oversee safety and regulations governing thoroughbred racing. Right now, there are 38 different jurisdictions around the country that have thoroughbred racing, with each governed by a separate commission that differ with regards to their rules, regulations and enforcement.

Under the law, which is to be implemented by mid-2022, the United States Anti-Doping Agency (USADA), would be responsible for setting regulations, investigating and enforcing rules concerning banned substances.

The test results have not been confirmed yet, with officials saying it could take weeks to get the split sample's results. Baffert said he will continue his investigation.

RELATED: What is Betamethasone? Here's what experts say about the drug found in Medina Spirit