Hundreds gather to protest the continued closure of youth sports

Since March 19, California has suspended all youth sports leagues to slow the spread of COVID. All school, club & recreational youth sports have been put on hold. 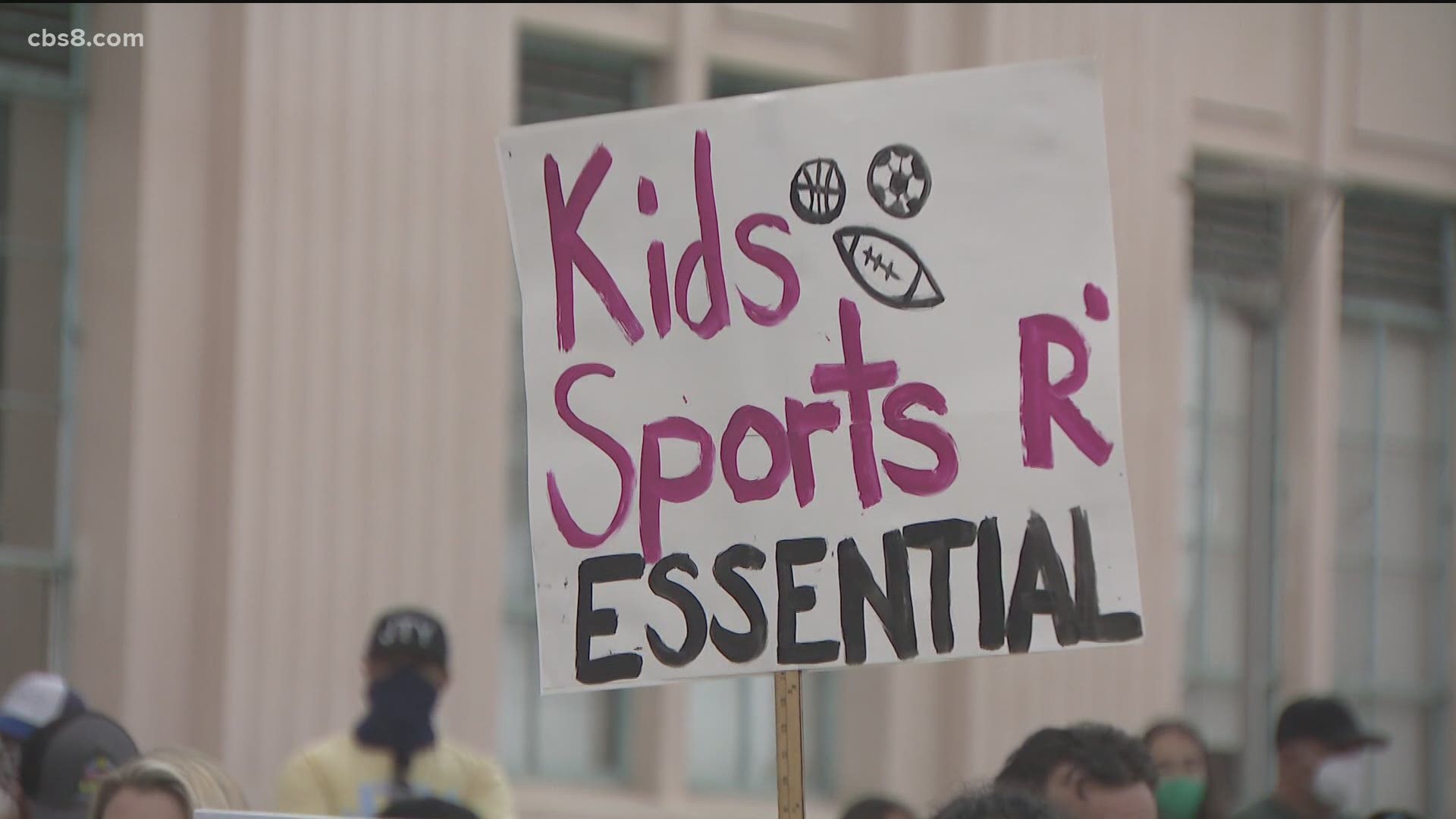 SAN DIEGO — Since the original stay-at-home order went into effect in March, California has put the lockdown on youth sports. Many parents are now sounding off.

On Saturday, around 100 fired up parents and athletes protested the continued shutdown of youth sports out front of the County Administration Building.

Since March 19th of this year, the state of California effectively suspended all youth sports leagues, to slow the spread of coronavirus. All school, club and recreational youth sports have been put on hold.  But since July 30th, the California Department of Public Health allowed practices under specific conditions.

One parent said, “we’ve seen that outdoors is one of the safest places for kids to play, why not let play. They’re already devastated that they’re can’t go back to school.”

Heather Worms is the mother of two kids that both play club sports in San Diego. She says that her family has been traveling out of state with their teams so they can play competitive games. She went on to say, “Some of the leagues have been moving to Arizona, Utah and Nevada. At the end of the day we’re all going and playing because we know our kids need it for their mental health.”

For the girls of Albion Soccer Club, the sports happening on the field was just one of the things they liked about joining a team, saying, “you can go to the field and forget about all your problems and just hang out with your friends.”

For the foreseeable future, youth sports in California will remain shut down, but that is not stopping parents, coaches and athletes from letting their voices be heard.

Parents told News 8, “At the end of the day, the kids are paying the biggest price.” Others added, “I just want my kids to be able and play the sports that they love.”