While on a live stream, Giannis stopped in a drive-thru to take photos with fans while he was still holding the Finals MVP trophy in his lap. 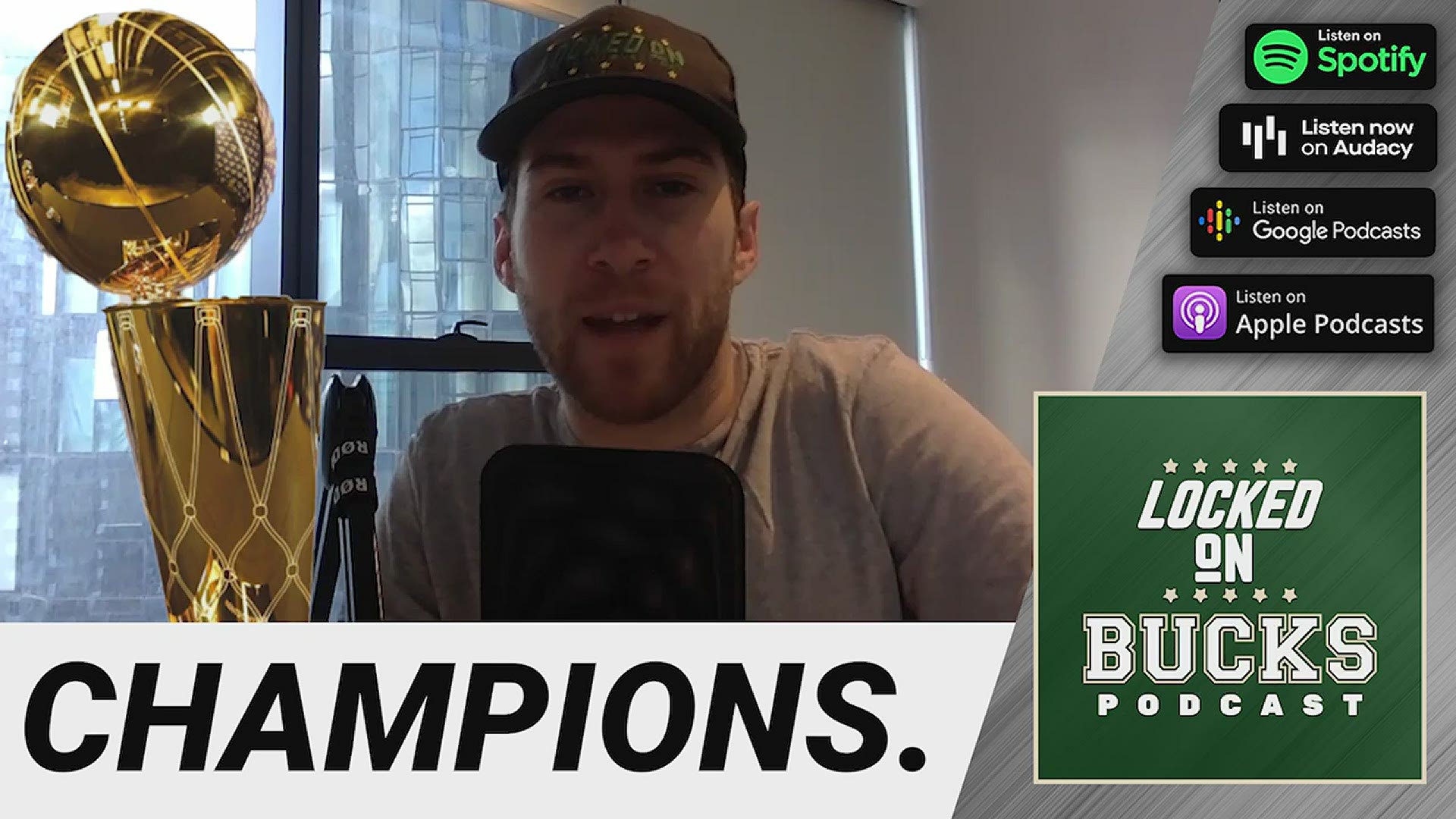 Fresh off his historic NBA Finals-clinching 50-point performance that helped him earn the NBA Finals MVP award, the 26-year-old pulled up to a Chick-fil-A in Wisconsin the next morning.

Giannis was live streaming from the car, where he was riding as a passenger, and stopped to take photos with fans who spotted him.

Check out the video below:

Giannis is an international treasure.

Watch him stop in the drivethru to take pictures with Bucks fans, while still holding the Finals MVP trophy in his lap. pic.twitter.com/0d1nicBHww

"It feels amazing," Giannis replied to one fan who asked him how it feels to be a champion while taking a selfie with him.

Giannis again asked a Chick-fil-A employee if he could get free Chick-fil-A for life, but unfortunately that wasn't his call to make.

SUBSCRIBE: The Locked On Bucks Podcast is your daily podcast for all things Milwaukee Bucks. Listen for free wherever you get your podcasts.

Chick-fil-A, if you're reading this, come through for the man.

Giannis then, while still in the drive-thru, started a "Bucks in 6" chant.

Giannis starts a chant in the middle of a CROWDED Chickfila line. pic.twitter.com/mIic8D9DSW

How can you not love this guy?

Antetokounmpo went for 50 points, 14 rebounds and five blocks on Tuesday night in the series-clinching win, becoming just the seventh player ever to score 50 points in an NBA Finals game.

The Bucks drafted Giannis out of Greece with the 15th overall pick in 2013. That next season, they were dead last in the NBA with a 15-67 record.

In 2020, Giannis, coming off his second-straight NBA MVP title, had the opportunity to go anywhere in the NBA in his quest for a championship. But, he stayed in Milwaukee, signing a 5-year extension voicing his desire to bring a championship to Milwaukee.

The Bucks did just that. After starting the NBA Finals down 0-2 to the Phoenix Suns, the Bucks rallied to win four-straight games to win it all in Milwaukee on Tuesday night.

SUBSCRIBE: The Locked On Today podcast hosted by Peter Bukowski gets you caught up each morning on the biggest stories in sports without taking up your free time. Listen here.