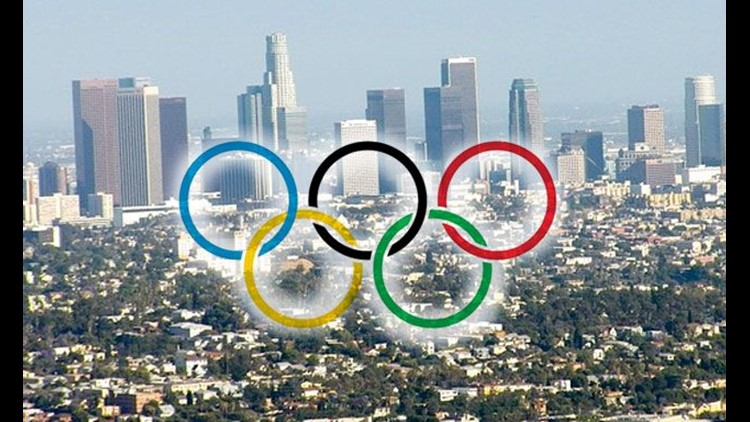 Los Angeles, which hosted the 1932 and 1984 Olympics, is viewed as the likely replacement for Boston's failed bid because the city's many existing venues could help keep costs low.

The Los Angeles plan projects spending $4.1 billion in total costs; Boston's operating budget was about $4.6 billion, but billions more could have been needed for construction, security and other costs.

The Los Angeles figures provided the most detailed look to date on estimated expenses to run the 2024 Games in California. According to the documents, the bulk of the funding would come from broadcast revenue, sponsorships and ticket sales.

"In Los Angeles, the spotlight is always on. We have the resources, experience and secure environment to share the biggest events with the world," the proposal states.

The release of the figures came a day before the Los Angeles City Council is expected to vote on a proposal giving Mayor Eric Garcetti authority to execute agreements linked to the city's bid.

A so-called host city contract, which essentially sticks the city and state with the burden of any cost overruns, became an obstacle in Boston.

Under the plan, the Los Angeles Memorial Coliseum would get an $800 million makeover focused on seating upgrades and premium amenities. The University of Southern California, which plays its football games at the Coliseum, would invest $500 million for the renovation, the plan states.

Nearly $1 billion more would be needed for other competition venues, according to the plan.

The release of the cost estimate came about a month after the U.S. Olympic Committee cut talks with Boston, which was initially selected as the U.S. contender for the games. A sticking point in Boston was possible cost overruns that would be picked up by taxpayers.

The USOC faces a Sept. 15 deadline to enter a bid with the International Olympic Committee.

The Los Angeles proposal envisions events taking place at locations showcasing the best of the area.

Gymnastics and basketball would be held at the downtown Staples Center, home to the NBA's Los Angeles Lakers and Clippers. Volleyball would be staged on Santa Monica Beach.

Road cyclists and marathon runners would match skills on Hollywood Boulevard. Mountain bikers would hit the dirt in Griffith Park, one of the largest urban parks in the U.S.

Security costs would be picked up by the federal government.