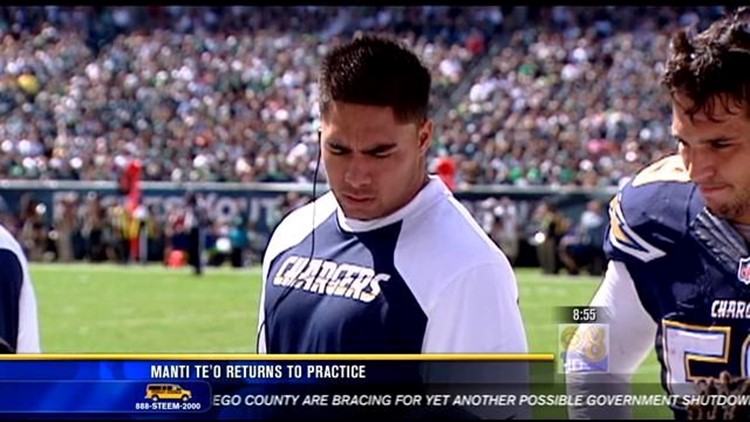 SAN DIEGO (CBS 8) - Chargers rookie Manti Te'o was back on the field this week for the first time since his preseason injury.

The linebacker has yet to play a regular season NFL game, but he did work out with the team Wednesday leading some to believe he could make his debut Sunday as the Chargers face the Titans. He has been on the sidelines since injuring his foot August 8.

Te'o tells reporters he's feeling much better and has received a lot of support from the team:

"Sometimes those injuries linger on all season, you know. Some weeks it feels great and the next week it's like what happened. Just don't think you got the thing beat, just because you're back on the field, you're just good enough to play," continued Dwight Freeney, Chargers Defensive End.

The Chargers face off against the Titans Sunday, September 22 in Tennessee. You can watch the game on CBS 8 at 10 a.m.