Monday night's game will now be part of a doubleheader on Wednesday, the Rockies said. 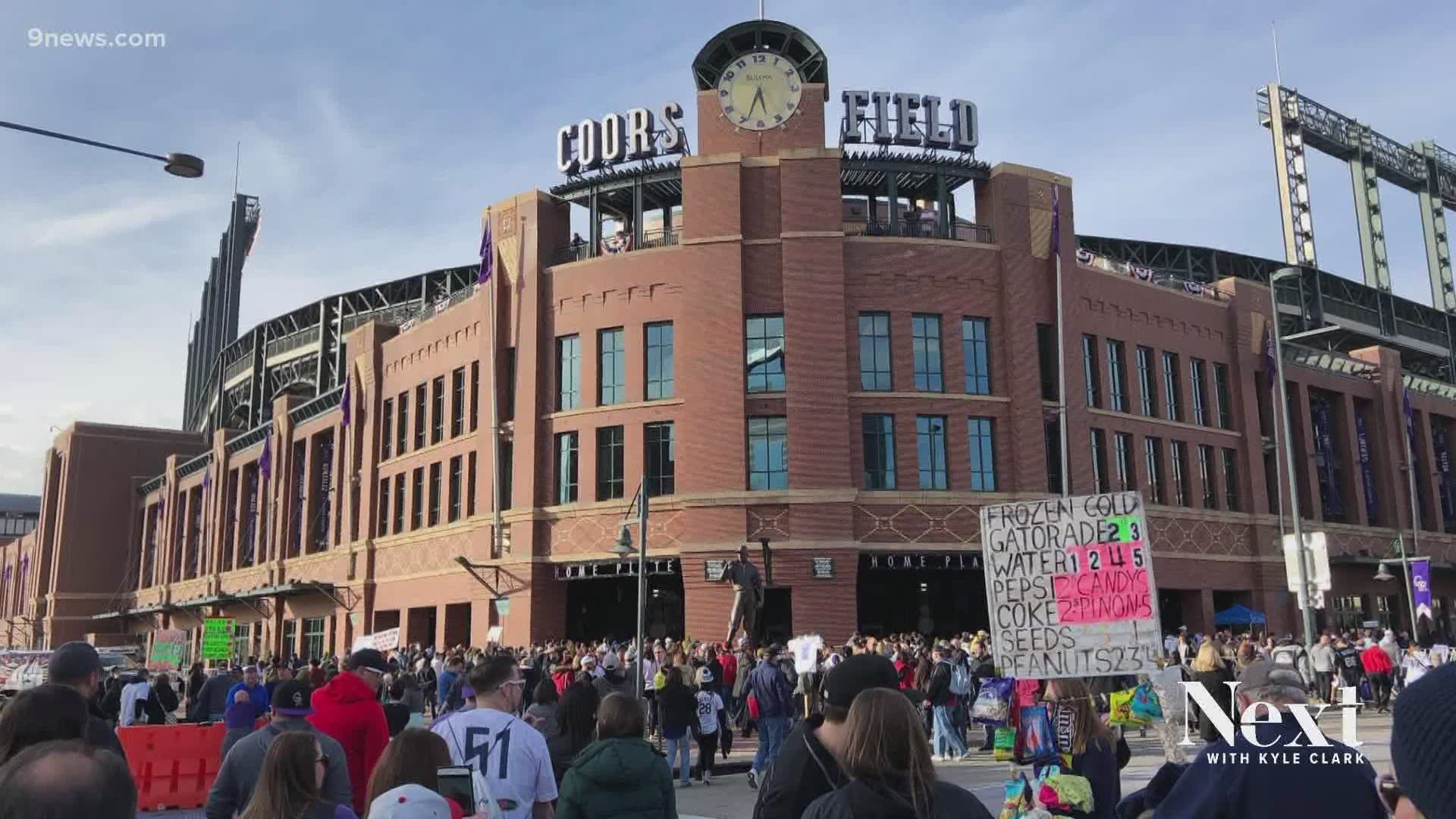 DENVER — The Colorado Rockies game against the San Diego Padres on Monday night at Coors Field will be postponed due to inclement weather, the team said.

The game was originally scheduled for 6:40 p.m. Monday and will be played as part of a doubleheader on Wednesday. The first game will begin at 1:10 p.m. and the second game will start no later than 45 minutes after the conclusion of the first game, the team said.

Only tickets for the 1:10 p.m. Wednesday game will be valid for the doubleheader. The same ticket is good for either or both games. Fans aren't required to leave the ballpark between games.

Tickets for Monday night's game that were purchased directly from the Rockies will either be credited to their account or refunded to the credit card from which they were purchased. Ticket-holders will be contacted via email, the team said.

Anyone who bought tickets through secondary markets for Monday's game should contact the customer service department where the tickets were purchased, the team said.

MORE WAYS TO GET 9NEWS

HOW TO ADD THE 9NEWS APP TO YOUR STREAMING DEVICE

ROKU: add the channel from the ROKU store or by searching for KUSA.

For both Apple TV and Fire TV, search for "9news" to find the free app to add to your account. Another option for Fire TV is to have the app delivered directly to your Fire TV through Amazon.