Fans on social media questioned the Padres organization’s decision to kill the bees as opposed to doing a live removal of them. 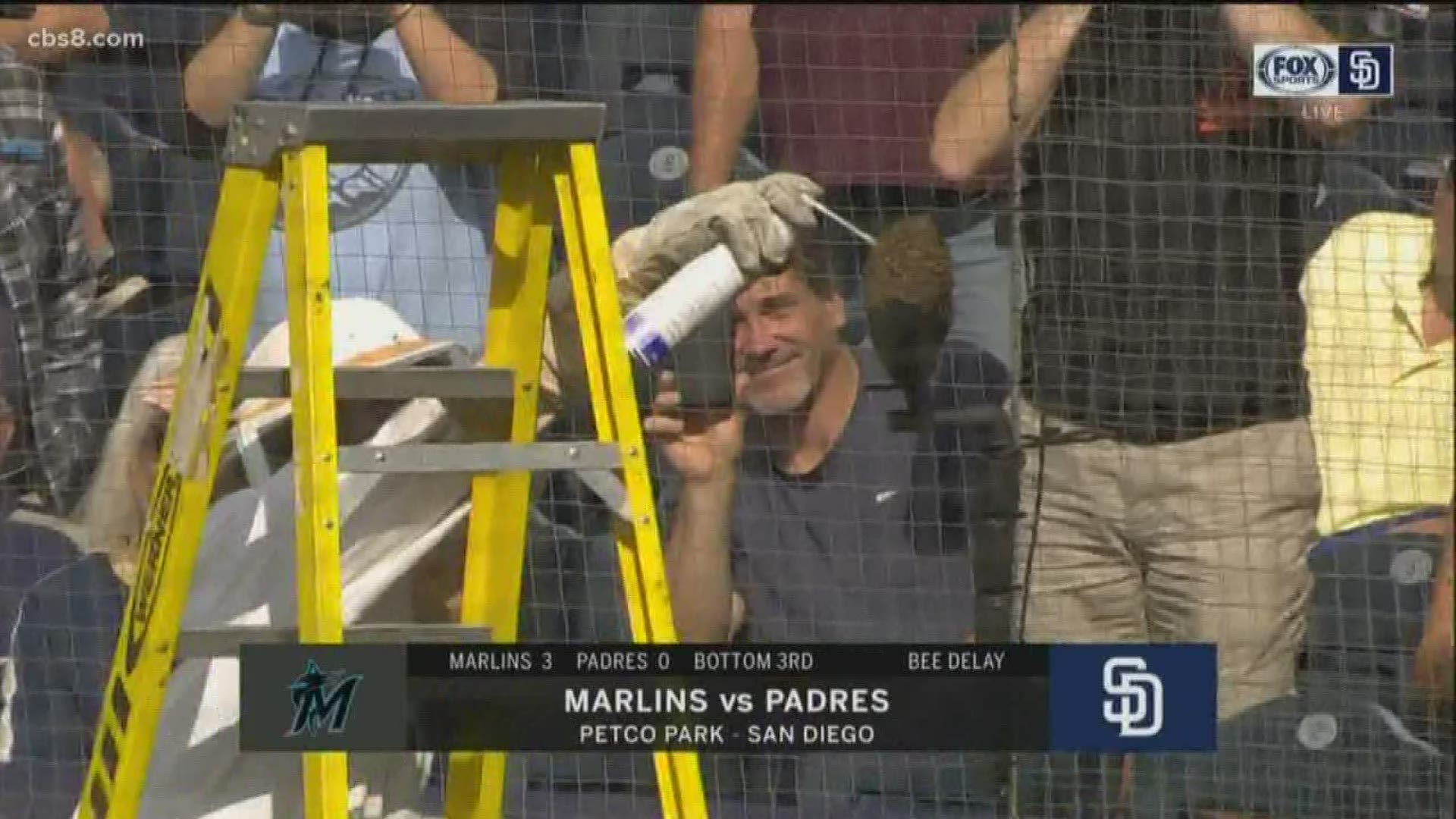 SAN DIEGO — The San Diego Padres game was delayed Sunday by a swarm of bees that landed on a microphone on the first base side of the field and were buzzing around it not far from fans and the Padres dugout. Instead of removing them, a pest control company was called to exterminate them. Not everyone has been happy with the decision and have been asking why a live removal wasn’t attempted.

The delay in the Padres game against the Miami Marlins came during the third inning about an hour after the game started. A pest control worker arrived at Petco Park a short time later and used a chemical spray to exterminate the swarm of thousands.

RELATED: San Diego Padres game delayed due to bees on the field

The game resumed a short time later but fans on social media continued to question the Padres organization’s decision to kill the bees as opposed to doing a live removal of them. News 8 spoke to personnel from several local bee removal companies who said they believe a live removal was an option and would only have taken 15 or so minutes longer.

“In the interest of the safety of our guests, our pest control partner, Cartwright, removed the swarm of bees with a spray.  They are on site and recommended this course of action to prevent any further danger to our fans, players and on-field personnel.”