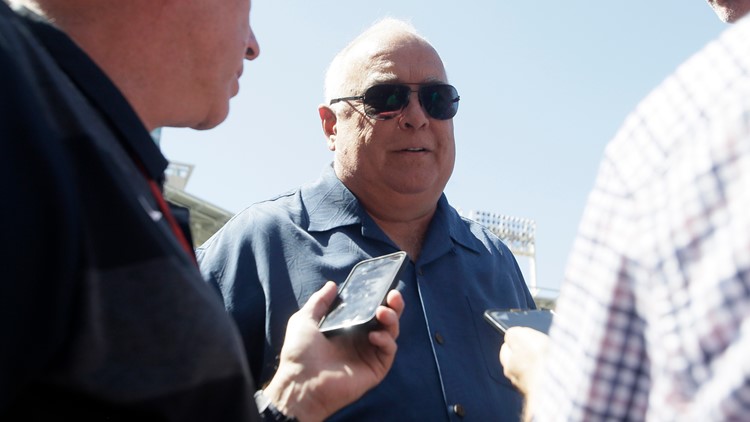 SAN DIEGO — Padres Executive Chairman Ron Fowler spoke with a small group of fans on Monday as a part of the San Diego Padres Social Summit.

During the talk, Fowler spoke candidly and even said “heads will roll, beginning with mine” if things don’t change for the better in 2020. When talking about the players specifically, Fowler held back no punches, criticizing Wil Myers offense and Eric Hosmer’s defense. Fowler even went as far as saying the club may have to “eat $10 million or more” to get rid of Myers. He eluded that he was not happy with Manny Machado’s play, but said he was grateful that Manny publicly owned up to his subpar year. Fowler noted that only five of the 25 players on the roster met or exceeded his expectations. He mentioned Kirby Yates, Chris Paddack and Greg Garcia by name, but did not elaborate on who the other two were.

During a phone interview after the talk with fans, Fowler called the final two-and-a-half months of the season, the worst months of ownership he has had since he took over. The Padres competed for the first half of the year, finishing with a 45-45 record at the All-Star break before dropping 47 of their final 72 games. The Padres fired their manager Andy Green shortly before the end of the season.

This season was their ninth straight campaign with a losing record and 13th straight year out of the playoffs.