After being laid off due to the coronavirus pandemic, Paul Jimenez and Signe Ditona took to their artwork and started drawing every day. 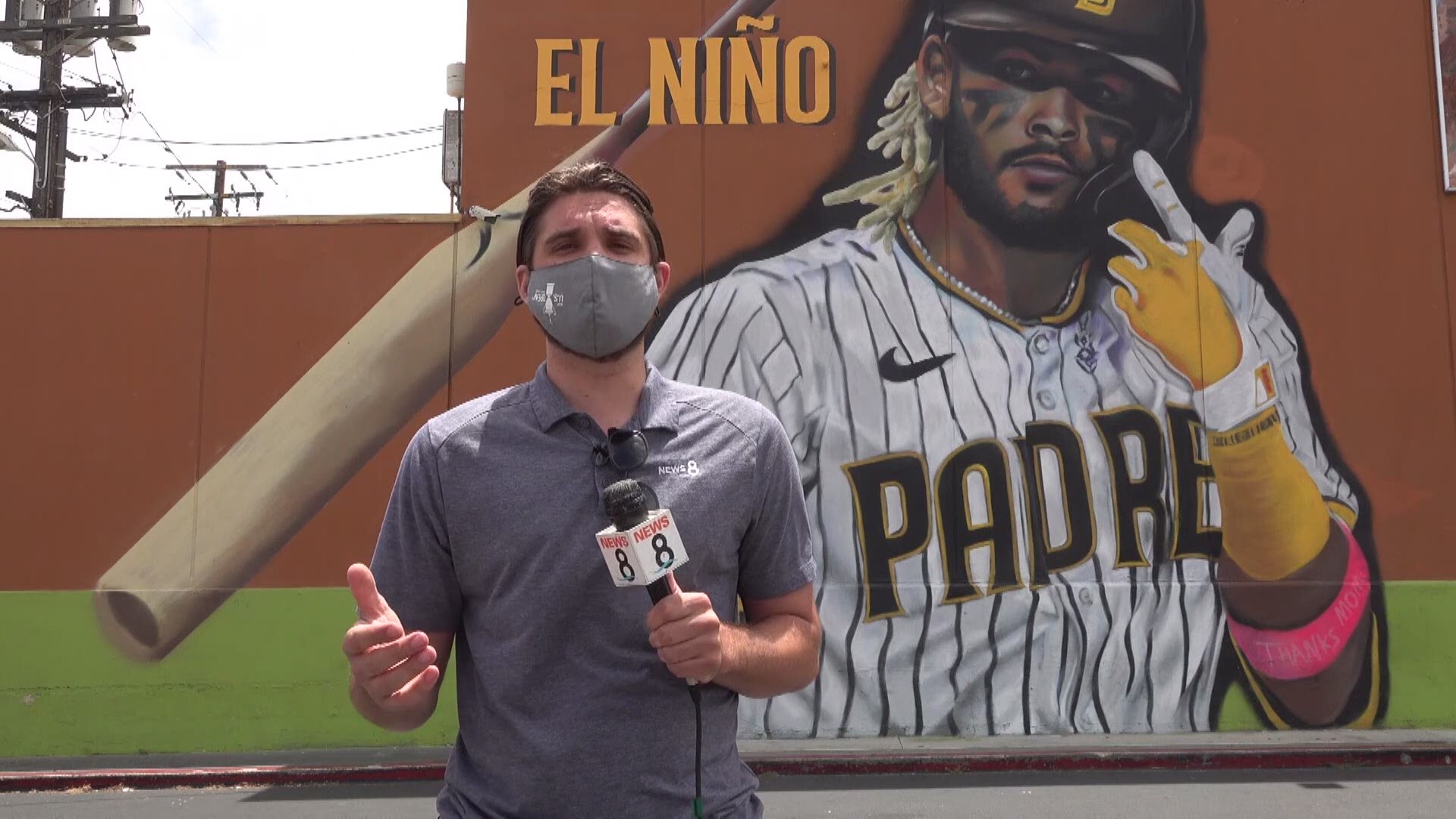 SAN DIEGO — Have you noticed an uptick in sports pride around the San Diego community? Some of it may have to do with the Padres' great play and star-studded roster. Another reason may be the larger-than-life murals popping up around the city.

In the last year or so many iconic San Diego sports figures have been placed on buildings and walls around our community, produced with the brushes and spray cans of two people.

Paul Jimenez and Signe Ditona are the artistic duo that make up the company Ground Floor Murals. After being laid off due to the coronavirus pandemic, the two took to their artwork and started drawing every day. Eventually, the pencils were traded in for spray cans and after some backyard murals for friends and family, the job offers began to pick up.

It was not long until Ground Floor Murals painted some of San Diego's most quintessential figures. Athletes like Tony Gwynn and Junior Seau became recognizable in City Heights. Eventually, a rendering of Muhammad Ali was added to the same gym that Tony Gwynn was painted on. They were even brought up to Los Angeles to help commemorate the late Kobe Bryant.

Just after getting on their feet, the San Diego natives were tasked with a massive project from their hometown's baseball team. Following the first no-hitter in Padres history by El Cajon's Joe Musgrove, the Friars asked Ground Floor Murals to capture the moment at Musgrove's alma mater - Grossmont High School.

A short time later, the two had the responsibility of showcasing another one of the most memorable moments in team history: Fernando Tatis Junior's iconic bat flip from last year's postseason. El Nino's majestic home run is now a permanent fixture of the Ocean Beach community.

Ground Floor Murals do more than just sports figures as well. They told News 8, animals are some of their favorite things to paint.

You can follow along with the company's meteoric rise and gorgeous artwork on their Instagram here. The Padres told our Jake Garegnani in an email that they will be, "commissioning a series of murals throughout the San Diego community during the 2021 season." So keep your eyes peeled for more Ground Floor Murals near you.