Some fans lingered around Petco Park, giving nearby businesses a boost, but nothing compared to spring Opening Day crowds. 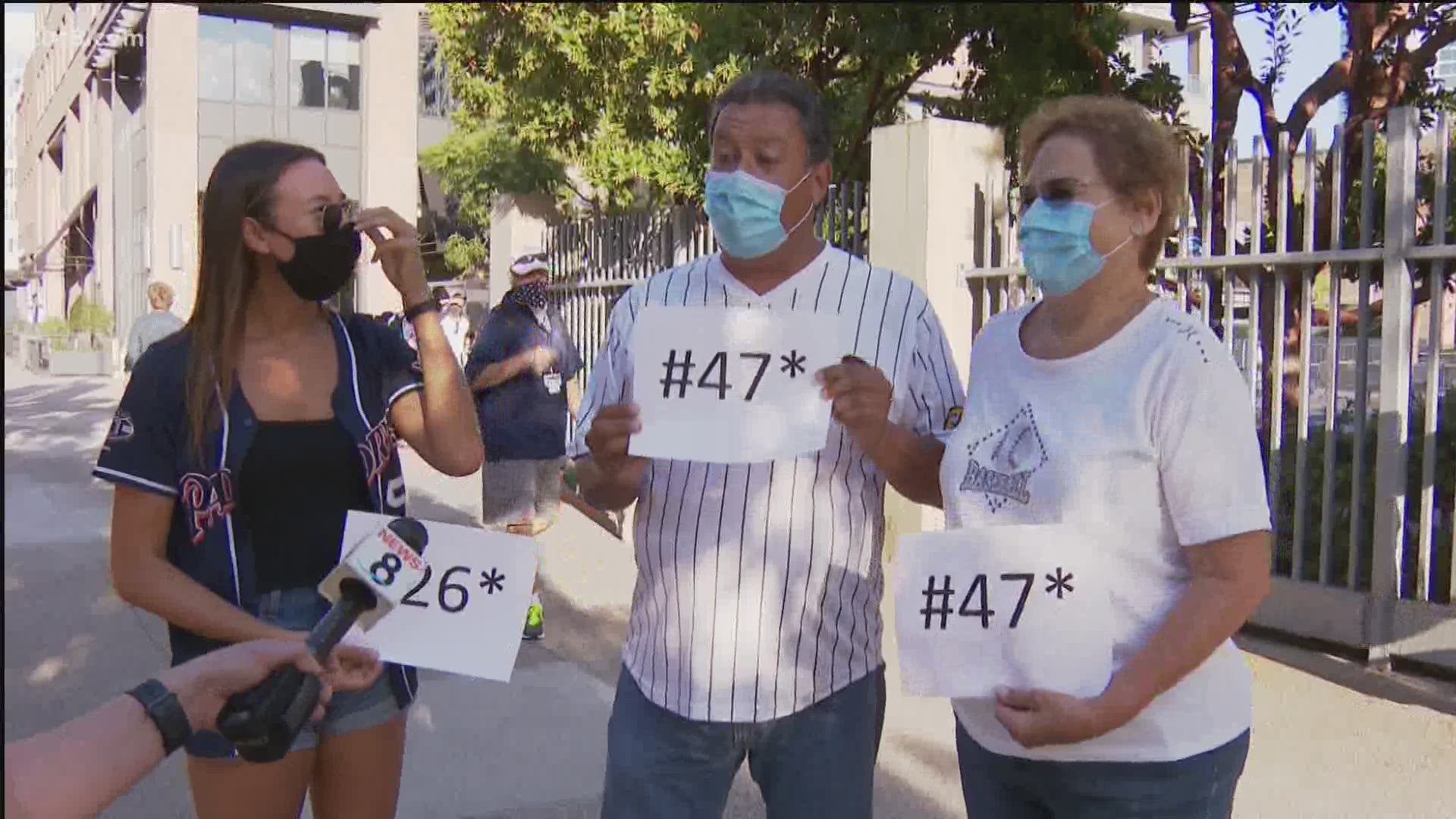 In an unprecedented Opening Day, Friar Faithfuls helped the Padres win their home opener against the Arizona Diamondbacks 7-2 at Petco Park.

The pandemic delayed MLB Opening Day to Friday and only 60 games instead of 162 games will be played with no fans in the stands.

Petco Park was empty and closed off to fans and there was very little fanfare on J Street. On Opening Day, J Street is usually closed for block parties and bustling with Padre fans. While it didn’t have the huge crowds, there were some who went down to the park to get a little taste of baseball.

“I miss being down here. I miss the excitement. I miss the crowd. I want to be in there, [but] this is as close as we can get,” said a former Padre Western Metal suite worker.

Outside of the Petco Park, one could hear recorded crowd noise piping in on the speakers to help make it feel like fans were there.

“You can hear from here but it's not the same thing as being inside, but the next thing,” said Padre fan, Stacey Gergurich.

RELATED: Breaking down the 2020 San Diego Padres season set to begin on Friday

Vic Salazar and his family have been going to Opening Day for 47 years and his daughter has gone since she was born 26 years ago.

“We wanted to come down and document that we are keeping our streak alive,” said Salazar.

The Friar Faithfuls are hitting a home run with nearby businesses.

“Support local and have a good time and have Padre pride and camaraderie,” Gegurich.

Social Tap San Diego sits outside Petco Park. It has three patios and one that peeks into Bark in the Park. The co-owner said the city will not allow tv’s outside. The restaurant does not take reservations and for the first time since the pandemic, there was a two-page waitlist.

“We did get a lot of calls for Opening Day asking for reservations, but it's still so much different,” said Social Tap co-owner Brant Crenshaw.

Although the crowds were nothing compared to a spring Opening Day, Crenshaw said they are hustling to keep their doors open.

“It is what it is and let's get through it. Glad to see baseball back and glad to see Padres jerseys walking around,” said Crenshaw.

A few blocks over, some fans were wearing their Padres gear in the Gaslamp Quarter, but you don’t see the same game-day crowds.

On 5th Avenue, there are four chalk art murals dedicated to the Padres.

“I try and be as positive as possible because I know we will weather the storm,” said Michael Trimble, Gaslamp Quarter Executive Director.

Despite the changes in baseball rules, fans believe this Padres season will be a homerun.

“I think the Padres are going to do very well,” said George McDonald.

The Padres play the second game in the series on Saturday at 6:10 p.m. at Petco Park.

RELATED: Jayce Tingler turns his managerial dreams into reality with the Padres