From elbow surgery to Opening Day starter, it's been a long journey for the young right-hander. 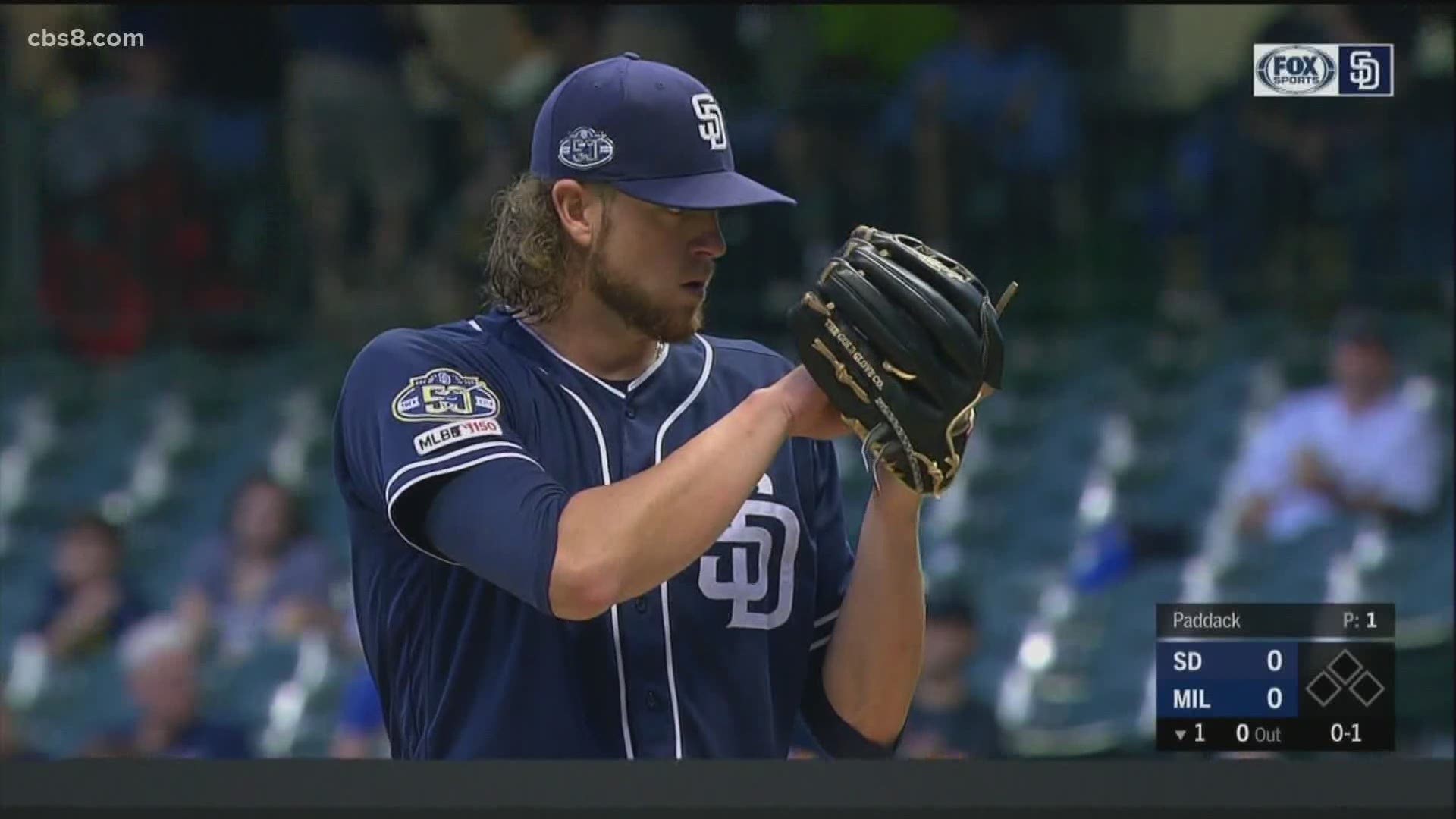 SAN DIEGO — Although he's just 24-years-old, it has been a long journey for the young right-hander Chris Paddack.

In 2016 the Padres acquired Paddack in a trade with the Miami Marlins for aging closer Fernando Rodney. More than a month later, an elbow injury forced Paddack to get Tommy John surgery. That procedure left the Padres pitcher out of commission until 2018.

The Sheriff is locked in and ready for Friday. 🤠🔒 pic.twitter.com/4AbwZa3nv6

Last year, after battling back from his injury, he forced his way onto the opening day roster with his great play in Spring Training. The Texan born pitcher quickly became a fan favorite for his cowboy-hat-wearing persona and solid play on the diamond. In his first season in Major League Baseball Paddack went 9-7 with a 3.33 ERA and 153 strikeouts in a little over 140 innings.

The Sheriff is ready for a cowboy showdown tomorrow. 🤠#SDOpeningDay pic.twitter.com/4cu8pSYkF9