No one knew what to expect from the MLB trade deadline in this shortened COVID-19 season but the Friars' front office showed they are planning for the postseason. 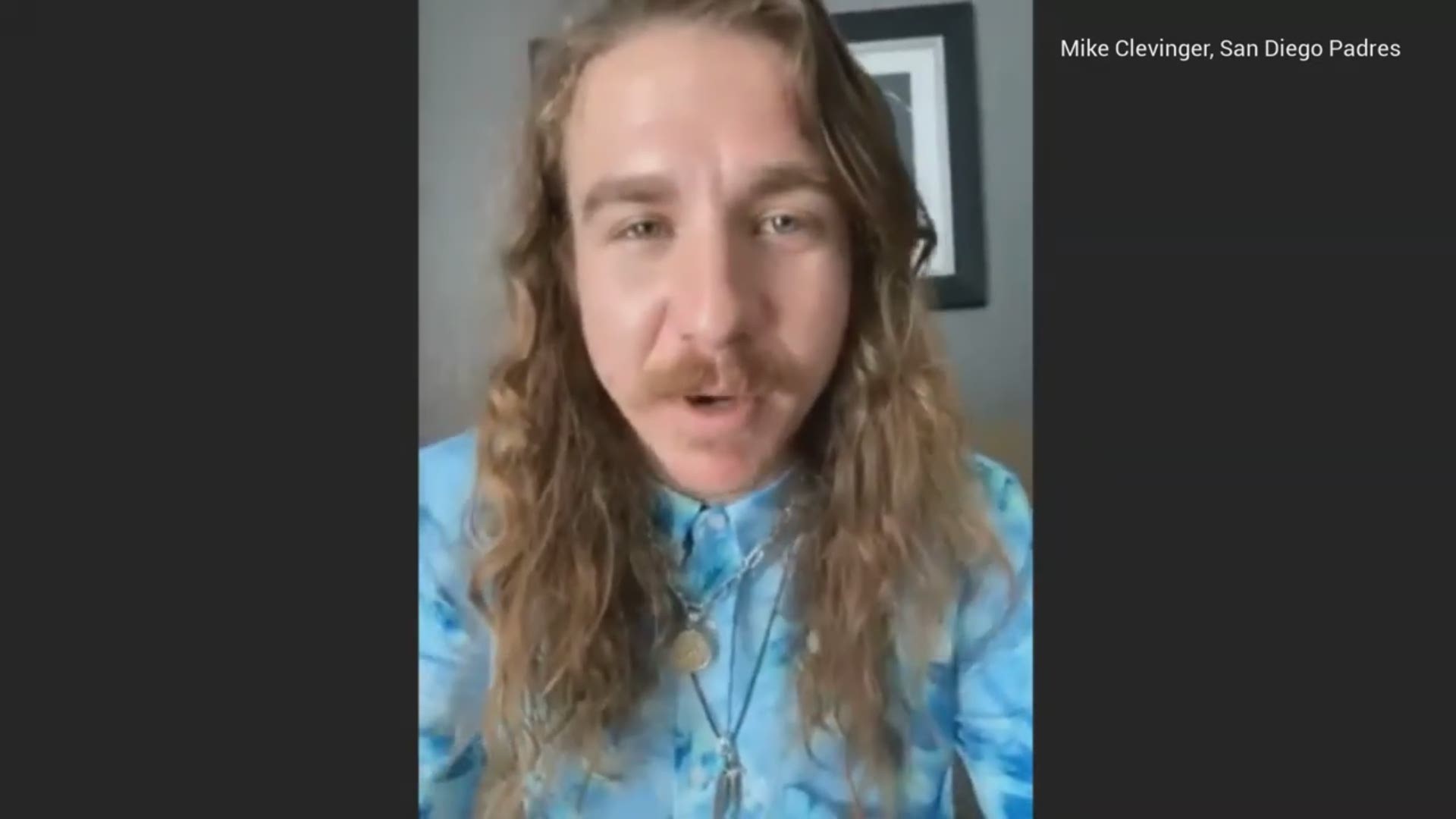 SAN DIEGO — The trade deadline has come and gone and one thing is abundantly clear, the San Diego Padres are, "going for it!"

No one knew what to expect from the MLB trade deadline in this shortened COVID-19 season but the Friars' front office has shown they are ready to take this team's hot start and ride it deep into the postseason.

The Padres far and away made the most impact moves this season and it all began on Saturday when the team addressed their struggling bullpen by trading for Royals relief pitcher Trevor Rosenthal. Rosenthal was seen as the best reliever on the market and the Padres needed him. All-star closer Kirby Yates is expected to miss the rest of the season with an elbow injury and the bullpen has struggled during parts of the season.

Rosenthal will likely slide right into the closer role or late-inning pitcher. In exchange, San Diego gave up promising outfielder Edward Olivares and a player to be named later.

The #Padres have acquired right-hander Trevor Rosenthal from the Kansas City Royals in exchange for outfielder Edward Olivares and a player to be named later. Details: https://t.co/jpTz9jsi5i pic.twitter.com/2MwUeig34s

The trading was far from over for General Manager AJ Preller. Early on Sunday, he added slugging first baseman and designated hitter Mitch Moreland from the Red Sox. Moreland is hitting a smooth .328 in 22 games this season.

The #Padres have acquired Mitch Moreland from the Red Sox in exchange for Jeisson Rosario and Hudson Potts. Details: https://t.co/tsYyd76s9o pic.twitter.com/JMHXETMxJO

Preller and the Padres were just getting started. Late on Sunday, the Padres and Seattle Mariners struck a huge seven-player deal that added a much-needed catcher to the roster. San Diego welcomed Austin Nola, Austin Adams and Dan Altavilla in exchange for top 100 prospect Taylor Tramell, former Aztec Ty France, Luis Torrens and Andres Munoz. Nola is batting .306 this season.

San Diego added more depth at the catching position in a deal with the Angels. Jason Castro will change into the Brown and Gold as the Padres send Gerardo Reyes up Interstate 5 to Anaheim.

The #Padres have acquired Jason Castro from the Angels. Details: https://t.co/LjJcp1vY8X pic.twitter.com/4hTTkZqvIF

Early on Monday, the biggest deal of the trade deadline hit when the Padres traded for ace pitcher Mike Clevinger from the Cleveland Indians. Clevinger, who is 42-22 with a 3.20 ERA in his career was indeed the key piece in this deal, but there were a lot of other moving parts. In addition to Clevinger, the Padres received former Aztec star Greg Allen while sending Austin Hedges, Josh Naylor, Cal Quantrill, Owen Miller, Gabriel Arias and Joey Cantillo to the Tribe. At the end of the day the Padres get the front end starter they needed without giving up any of their top five prospects.

The Padres wrapped up the trade deadline with a last-minute move to snag relief pitcher Taylor Williams for a player to be named later.

The #Padres have acquired Taylor Williams from the Mariners. Details: https://t.co/DcYifkELeD pic.twitter.com/3sDhewnlP8

The Padres have made a loud message at this year's trade deadline. They are ready to win championships, and they are ready now.