9 San Diego pitchers combined to shutout the Cardinals 4-0 on Friday night for a chance to play their longtime rivals from LA. 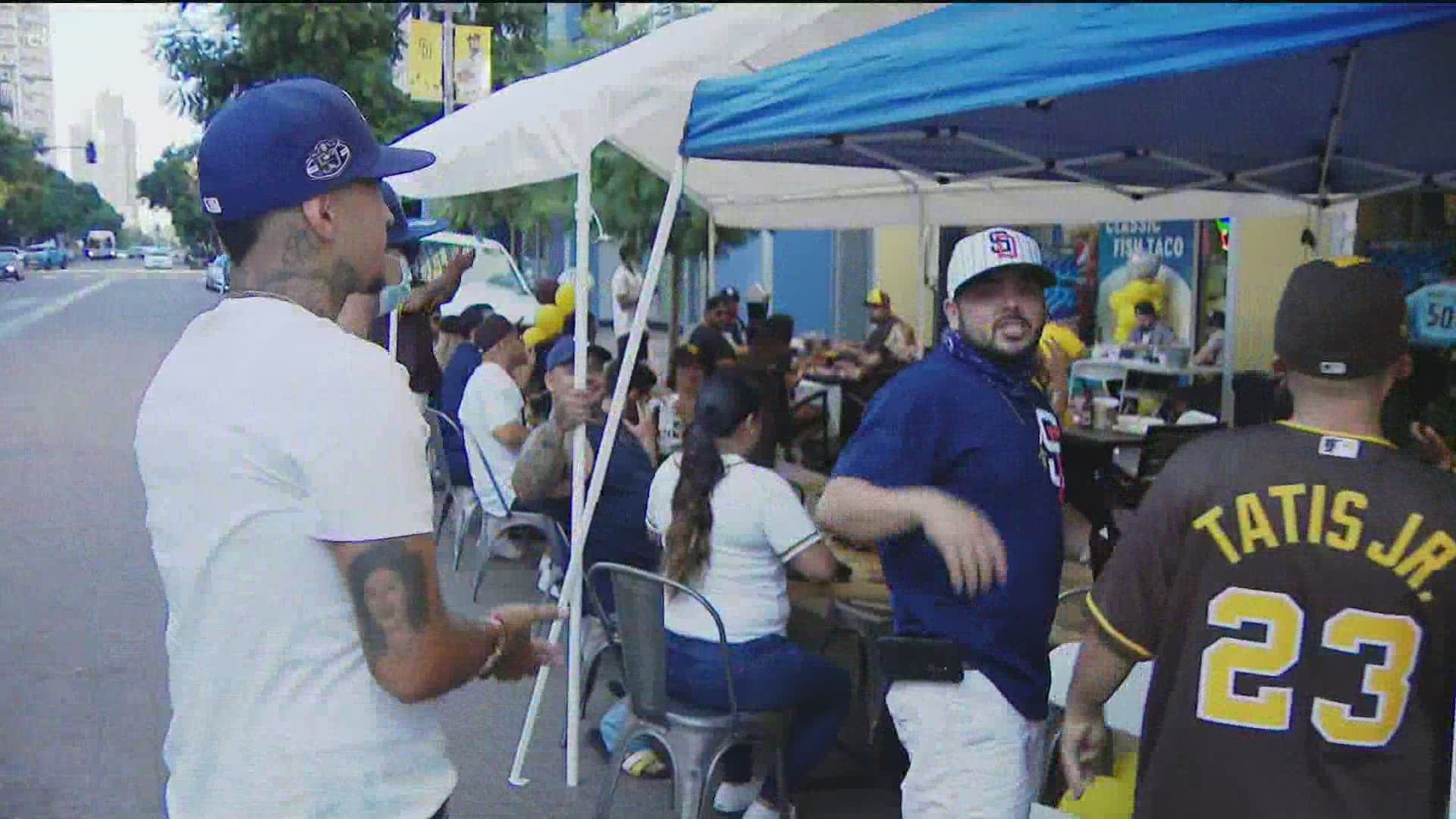 Starter Craig Stammen and eight other San Diego pitchers combined efforts gave up only 4 hits and zero runs in the 4-0 win against the Cardinals in their National League Wild Card Series.

The Padres became the first team in baseball history to use eight or more pitchers in three straight postseason games. Their ninth pitcher, Trevor Rosenthal, got the save.

By winning Game 3 against the St. Louis Cardinals on Friday night, they have won their first postseason series since 1998, the year they went all the way to the World Series before losing to the NY Yankees.

Padre fans headed downtown near Petco Park where the game was being played - without fans in the stands. Some fans gathered for a watch party on the sidewalk outside El Puerto Mexican restaurant by the stadium, as close as excited fans could get to the actual game.

Across the street, peering through the fence and wishing he was in the stands, Trevor Lane said, "I've waited half my life for this."

Tonight was a dream come true for many Padres faithful who had painfully seen the past 14 seasons end after the regular season.

By winning Game 3 on Friday night, they won their first postseason series since 1998, the year they went all the way to the World Series before eventually losing to the NY Yankees.

"You know it's been 14 long years that we haven't seen this. Right now, the excitement, the enthusiasm is so alive," Ricardo Valdovinos said.

“Oh gosh, very proud!  You can see why I’m here. Can’t be in there but we’re right here.  Awesome, beautiful," fan Javier Diaz said when asked how he was feeling about the team.

Friday was an inspiring finish to the series as the Padres continue their march towards the World Series.  Go Padres!

For the third game in a row, the Padres got off to a slow start.

In Game 1, they found themselves down by 4 runs in the first inning.  They were never able to catch up from that deficit and ended up losing 7-4 on Wednesday.

In Game 2, the trend continued as the Padres again found themselves down by 4 runs in the second inning.  This time, they were able to find the offense after the 6th inning and come back to catch the Cardinals for the comeback 11-9 win.

RELATED: Padres force a game 3 with an 11-9 comeback win against the Cardinals

In Game 3, they did not fall behind the Cardinals early, but the score remained 0-0 into the 5th inning when Eric Hosmer’s double scored Tatis Jr. for the game’s first run in a game they eventually won 4-0 sending them on to the National League Divisional Series round against the NL West rival Los Angeles Dodgers.

Every angle of The Flip. 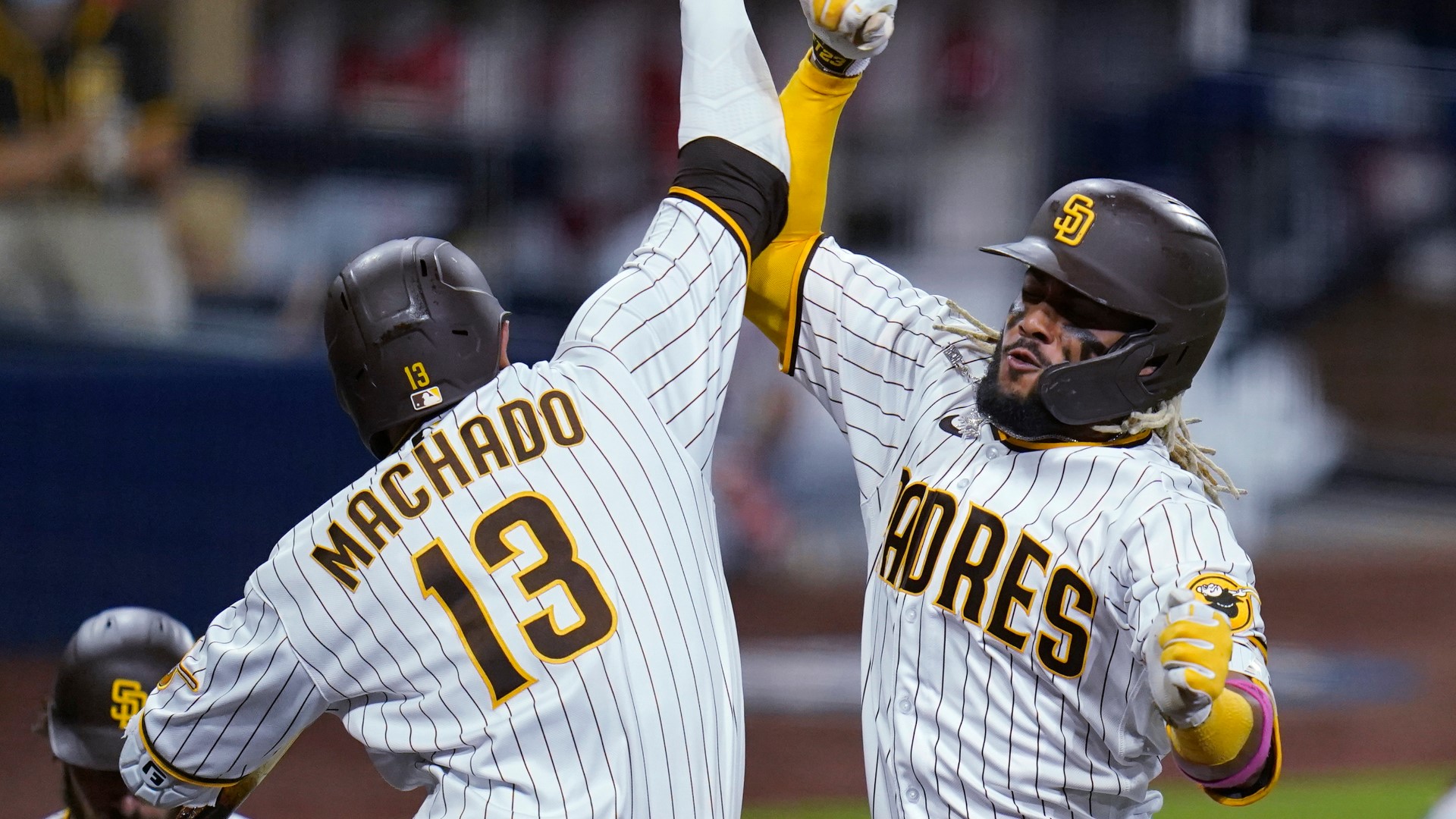