Ryan Cohen's in-game dance moves are well known to San Diego Padres fans at Petco Park but that won't be happening this year due to the COVID-19 pandemic. 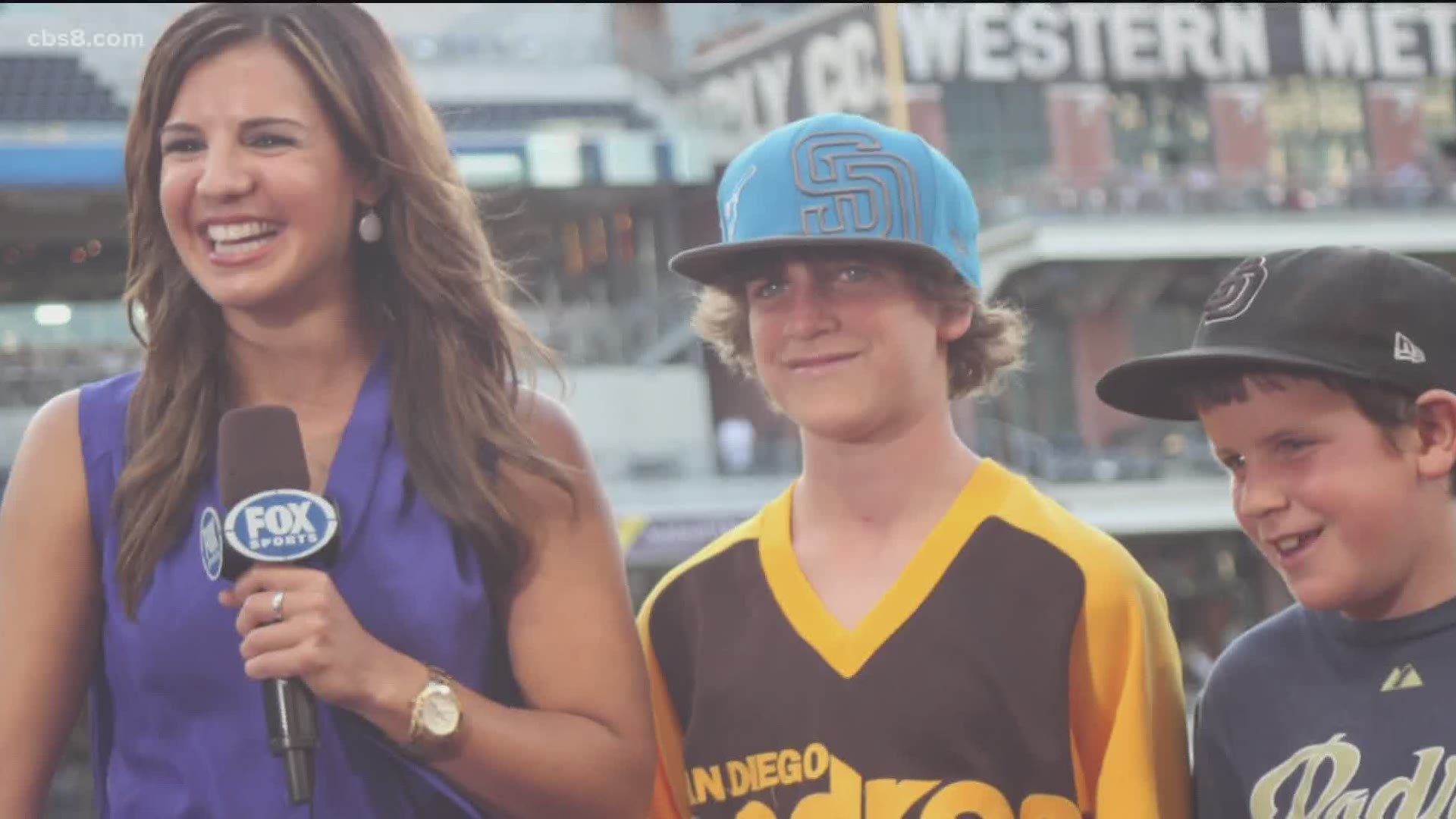 SAN DIEGO COUNTY, Calif. — You may have seen him headbanging or just pouring his heart out to the crowd on the jumbotron during games at Petco Park.

For Ryan Cohen, the moves, the energy and the nostalgia were all about one thing, the San Diego Padres.

Ryan is a superfan - for life.

“I like to dance and have some fun with my friends, and I end up going kind of nuts when the songs come on. I end up getting on the jumbotron a lot - it just keeps happening,” Cohen told News 8 as we met at an Encinitas park near his home.

His passion for the Padres began long ago, around 2007, but he and no one else ever expected what 2020 would bring.

“I think it’s going to be really weird when you have these major leaguers who are making millions achieve these big athletic achievements and it will be crickets,” he said.

Unlike previous seasons, opening day will be completely different.

The stands will be empty and live fan noise will be non-existent.

RELATED: Padres to play at Petco Park for first time in 2020

“I think they will pump in some crowd noise for big plays, like maybe some cheering or something but it’s definitely going to look different and sound different," Cohen said.

To a die-hard Padres and Petco Park fanatic, the changes aren’t what anyone wanted but Cohen understands why they’re necessary.

He and other fans not letting it damper their spirits. He’ll still be watching the games at home and if some music pops up, he’ll be dancing.

While he never really did think about it too much, now he won’t have to worry about people criticizing his dance moves.

It’s all about baseball. And baseball is back.

"I know there are a lot of dangerous things going on this season and I’m thankful the MLB is taking the precautions they are,” Cohen said. “As long as they can keep the players safe and [fans] safe, this will be a great way to take our minds off of what’s going on and enjoy sports.”