Unable to gather inside Petco Park to watch the Padres take on the St. Louis Cardinals, fans made the most of the experience by watching from inside a nearby lot. 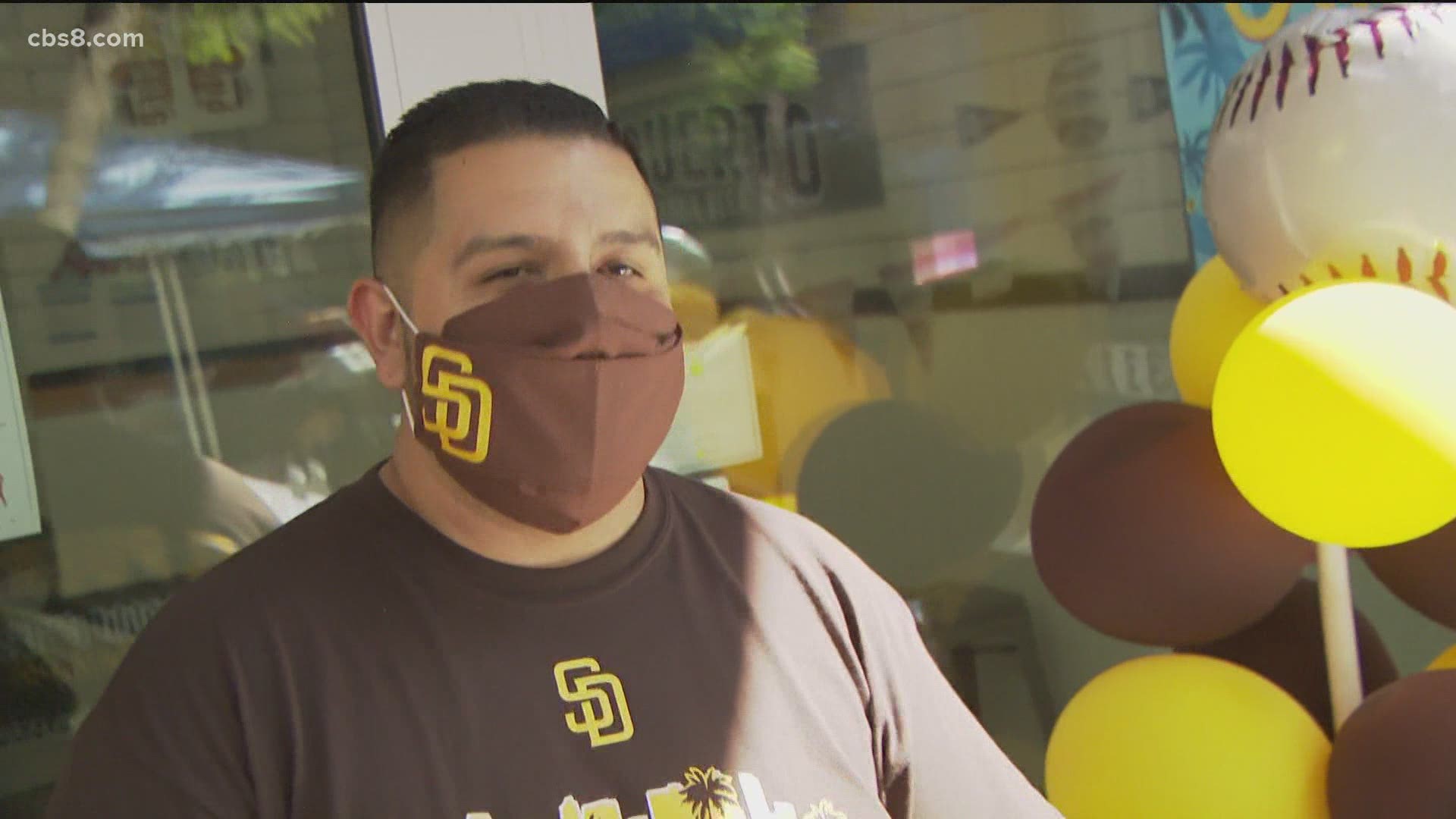 SAN DIEGO — Outside Petco Park, many fans did not mind watching the Padres take on the St. Louis Cardinals from their car.

"The whole family gets to go, and we have Padres season tickets, and we like to come down to games, so this is very exciting for us,” said fan Charles Long.

The Long family dressed the part. Daughter Julie Anne wore her “Slam Diego” shirt with Padres mask she got at one of the pop-up stores.

“There’s just not a lot of stuff for us to do right now with COVID, so the idea of being able to go out and hang with other Padres fans in a safe environment is great,” she said.

Fans gathered from inside their cars to catch Game 3.

Ben Gravador gathered with his whole family dressed in Padres shirts and with a cooler of snacks in their trunk.

"With everything that's going on it was pretty cool for them to do this whole drive-in,” Gravador said.

In the Lexus lot set up across from the stadium, SUV after SUV rolled up after paying $175 for a parking space to watch the game. Included with the price were Padres-packed goodie bags, large bags of popcorn and much-needed bottles of water for the over 90-degree day.

Let’s Go #Padres! Fans are packing into parking lot across from @PetcoPark to root for the home team @Padres facing off against the @Cardinals in Big Game 3⚾️🎉 @CBS8 @CBS8_Wknds Large LED screens are set up for 250 vehicles to purchase a $175 parking space to watch the game.🚘 pic.twitter.com/Y94M2acyoA

"It came in my email, I looked at my son, and I said we are going, and for what game, game three that is the best one right there, and there's no price to put on this, it's like Master Card, it's priceless," said big Padres fan Jorge Fiero.

Local small businesses say the Padres are a much-needed boost. El Puerto Seafood is decked out with Padres balloons, TV screens and table indoors and outside for their tasty tacos specials.

“It's amazing, but it's a shame that one of our best seasons is a season that the fans can’t get in there, but we are truly blessed to have one of the best cities to play baseball in,” said Alex Rodriguez, owner, El Puerto Seafood.

Some fans were uneasy while watching the Padres play.

"I'm nervous, I've been nervous like I woke up with butterflies that were like ahhh, so I don't know,” said Lupe Ortiz, Padres fan from Oceanside.

"Whooo that was amazing, that was really my win for me,” Ortiz said.