The Padres will square off against the Dodgers Tuesday down in Arlington, Texas. 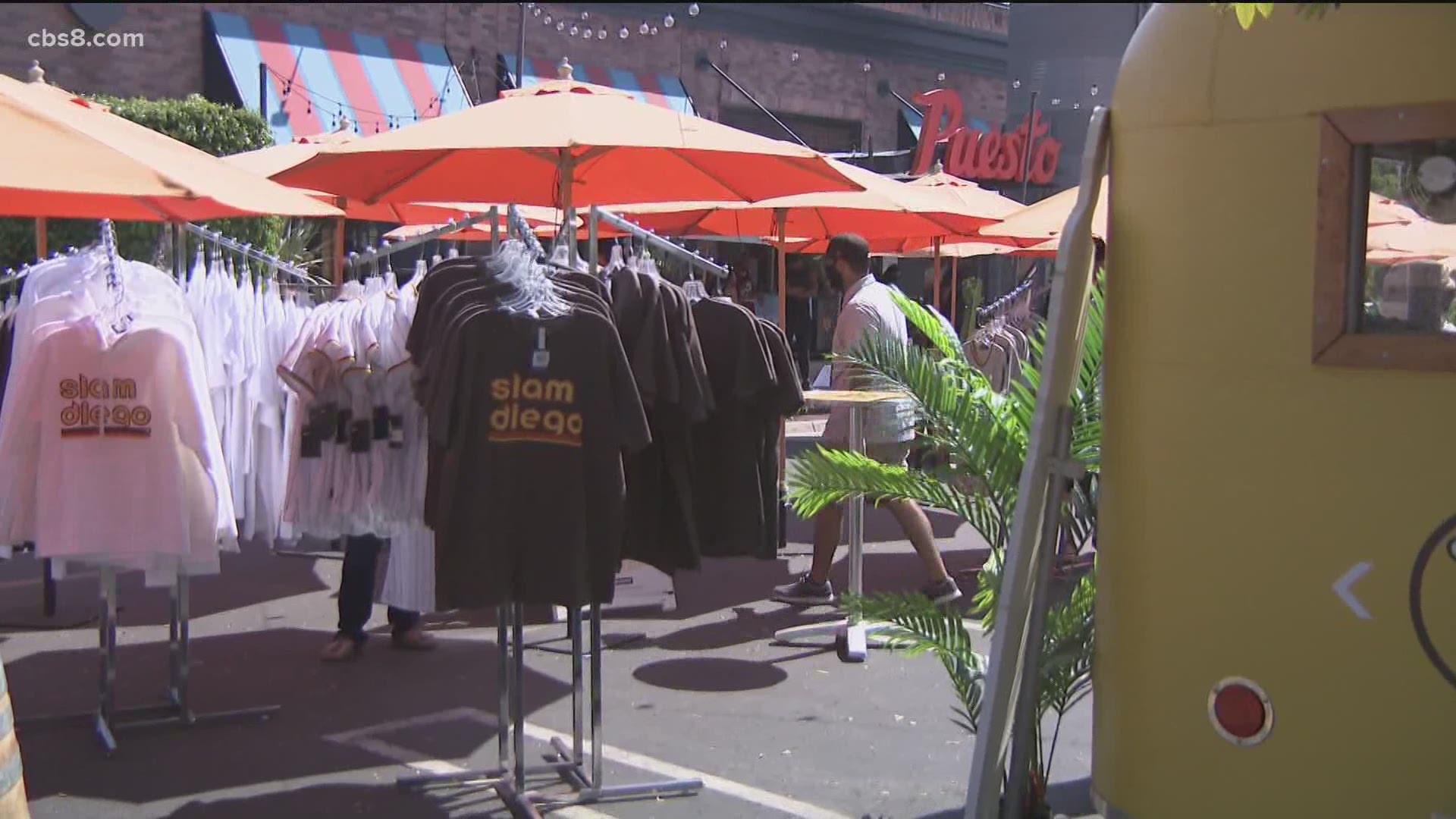 SAN DIEGO — After the final pitch that saw the San Diego Padres sink the St. Louis Cardinals 4-0 on Friday, the pandemonium outside Petco Park began. It’s the first time the Padres advanced to the next round of the playoffs since 1998. It was so loud downtown Friday night, San Diego PD posted a video from their headquarters rooftop, in which you could hear fans celebrating nearly a mile away from the stadium.

The Padres hype continued Saturday, with brown and yellow merchandise flying off the shelves at a pop-up Padres store in Mission Valley.

News 8 spoke to fans about the team’s success.

“Amazing triumph. Very happy for the City of San Diego. We deserve to have a winning team,” said lifelong Padre fans Donnie and Scott Mills

Max and Ally Anderson are long-time Padres fans and they see last night’s victory as a unifier for the entire city.

“It’s a big deal and it’s exciting and you can see people in the city come out and support the team,” said Max. “We get a rep for not being a sports city. I think when there is a winning team that’s fun to watch a lot of fans will come out.”

As for the Friars opponent in the next round? The Padres will face a tough test against fierce division rival, the Los Angeles Dodgers.

“To be the best, you gotta beat the best,” said Jonathon Manzo. “The Dodgers have won the division for like eight straight years, we have to beat LA.”

The Padres will square off against the Dodgers Tuesday down in Arlington, Texas.