Sunday kicks off a month of play in Arizona’s Cactus League. 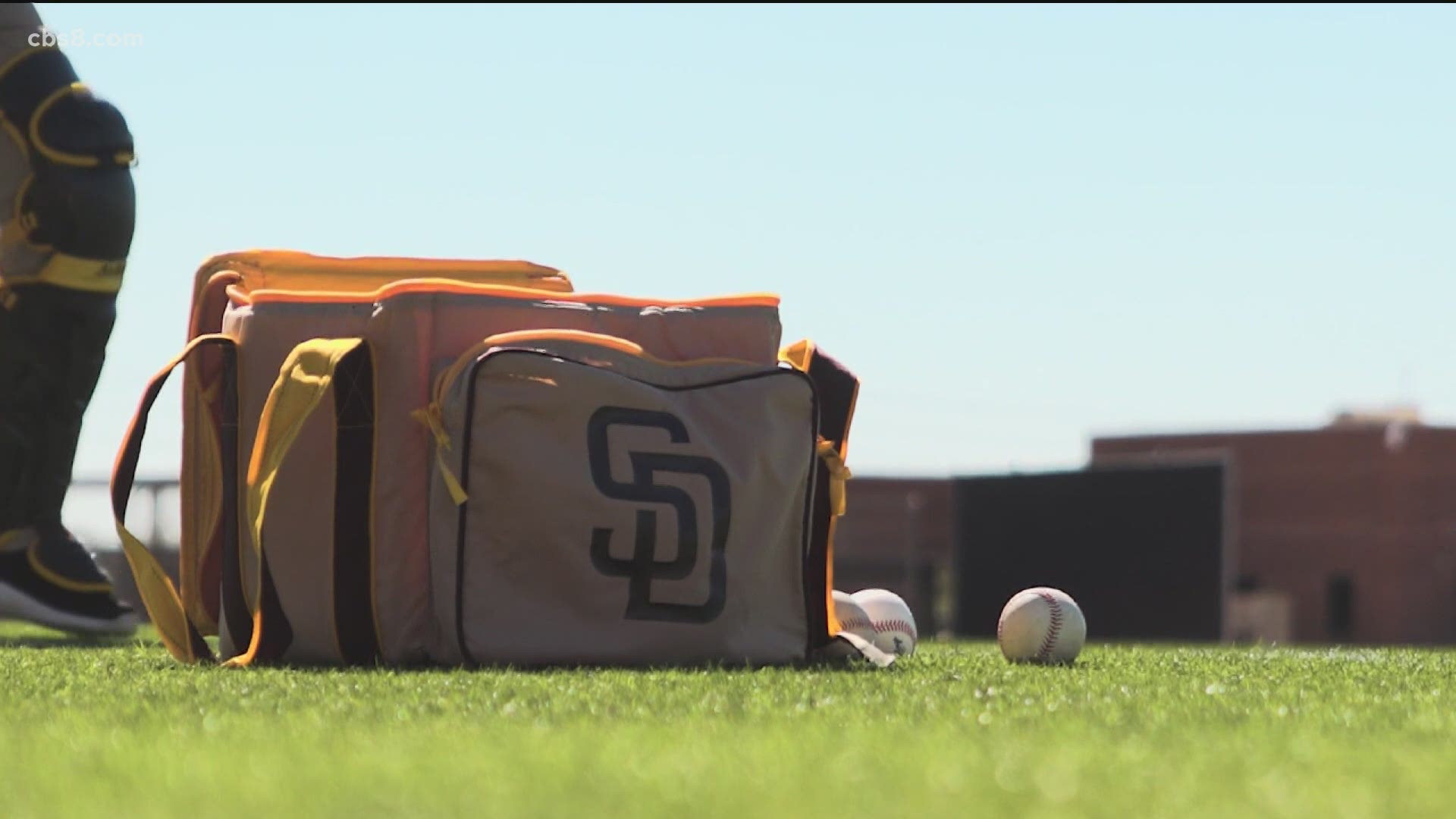 PEORIA, Ariz — Spring Training is upon us and the San Diego Padres are taking the field for the first time since they were bounced from the playoffs last season.

In addition to giving phenom Fernando Tatis Jr. a mega-contract extension, the team went out and acquired star pitchers Blake Snell and Yu Darvish. The hype around the 2021 Padres is real, with many baseball writers putting the friars as a top contender for a World Series trophy.

“We have a good team,” says First baseman and outfielder Wil Meyers. “I’m not big on the swag stuff but we definitely have a lot of guys in there that can really go out there and play, which is more important than swag.”

Sunday kicks off a month of play in Arizona’s Cactus League. It will also be the first time since March 11th of last year that the Padres will play in front of fans. The Peoria Sports Complex will operate at 16% capacity, which means that 1,960 fans will be able to watch Padres face off against the Seattle Mariners.

“It won’t be just automated crowd noise. It will be a real crowd for the first time in a year or so,” says Meyers “I think everybody in here has wanted to play in front of fans. It’s what gets that adrenaline going.”

But when the Padres return back to Petco Park for their home opener against the Diamondbacks on April 1st, will fans be able to watch a game in person?

Well, according to California’s coronavirus tiered system, San Diego County must drastically improve it’s numbers within a month to be in the Orange Tier to open up stadiums with 20% capacity. Still Padres CEO Erik Greupner is optimistic that there will be fans in seats on April 1st.

“Can we guarantee it by opening day? It’s not mine to guarantee, but that would be our hope,” Greupner said at a press conference last week.

But, regardless if we’ll have people in seats for opening day, the excitement around this young Padres team is enough for any fan to be pumped for the 2021 season.

“Its not hopeful this year. It’s more of a matter of fact that we are good, which is a good thing.”