Following an announcement earlier in the day about Tatis Jr., Wil Myers left Tuesday's game and it was later confirmed he had also tested positive for COVID-19. 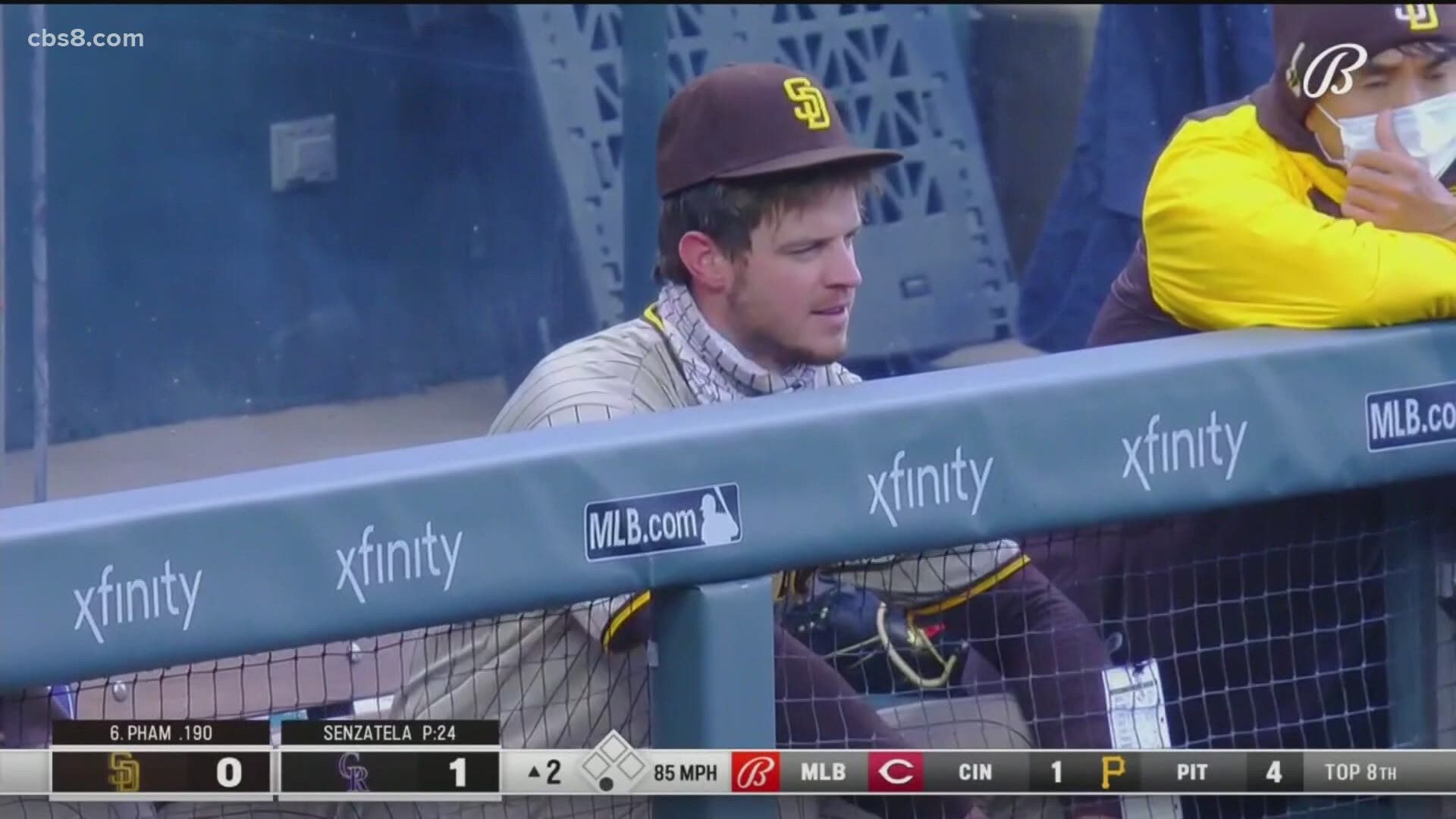 SAN DIEGO — The San Diego Padres announced a roster move on Tuesday before their game in Colorado due to "health and safety protocols." And later during the game, two players were removed.

Earlier in the day, it was announced that star shortstop, Fernando Tatis Jr. along with Jurickson Profar and Jorge Mateo all were placed on the injured list.

Padres manager Jayce Tingler announced that Tatis Jr. had tested positive for COVID-19 saying he was currently asymptomatic. Profar and Mateo were both close contacts.

During Tuesday's game against the Colorado Rockies, players Wil Myers and Eric Hosmer were removed and it was later confirmed by Tingler that Myers tested positive for COVID-19 and Hosmer was removed for contact tracing.

No additional details were available and no timetable was given for when any of the players may be available to return to action.

Eric Hosmer and Will Myers both removed from tonight's game because of Covid according to Tingler. Myers tested positive.. Hosmer, contact tracing.

In Tuesday's zoom update with the press, Padres manager Jayce Tingler said that the team is “a couple players away” from the 85% vaccination threshold to ease COVID-19 protocols which would allow the club to ease some health and safety protocols.  To be considered, at least 85% of players, coaches and others with Tier 1 access have received their final dose of the vaccine.

Mask use would be dropped from dugouts and bullpens, and electronic tracing devices would be eliminated when at least 85% of the players and primary field staff are vaccinated against the coronavirus according to a memo from MLB and the players’ association.

The Padres were scheduled to play the first game of the series with Colorado on Monday but it was postponed due to inclement weather and will be made up as a doubleheader on Wednesday.

The Padres will play 3 games over the two days in Colorado.

Due to health and safety protocols, the #Padres placed SS Fernando Tatis Jr. and INF/OFs Jurickson Profar and Jorge Mateo on the injured list today. The club will announce corresponding roster moves prior to tonight’s game at COL.

WATCH: Joe Musgrove mural to be unveiled at Grossmont High School after no-hitter for Padres