The team tweeted Tuesday that the Padres shortstop would be on the IL for 10 days following an injury Monday night. Reports say he should be able to avoid surgery. 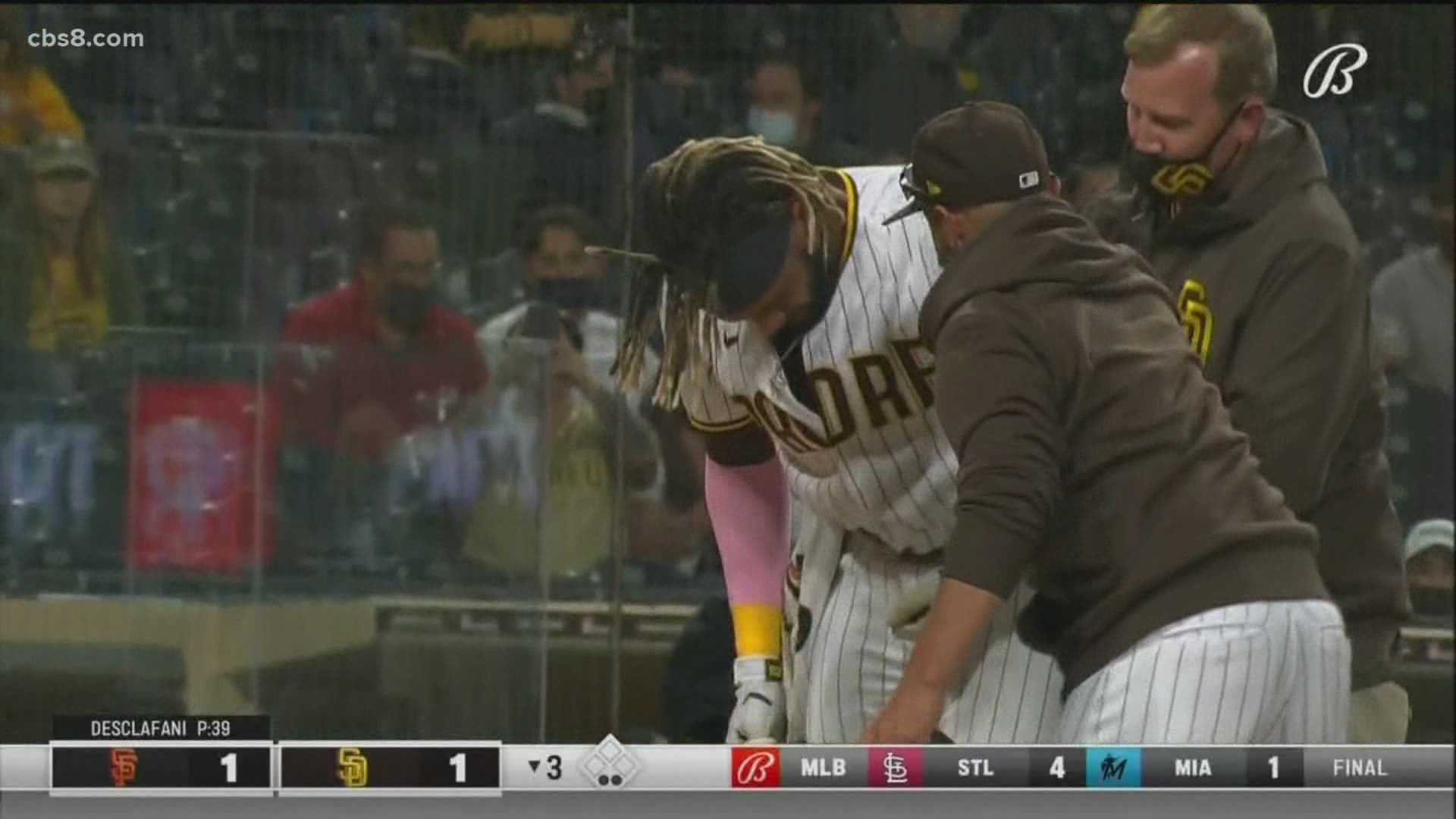 SAN DIEGO — San Diego Padres star shortstop Fernando Tatis Jr. has been placed on the injured list for 10 days, according to the team, after he hurt himself Monday night. The injury came as Tatis was taking a hard swing and he immediately left the game against the San Francisco Giants.

The team also said Tatis should be able to avoid needing surgery, according to the Associated Press.

An MRI showed a slight labral tear, according to reports.

As he got up, Tatis was cradling his left arm, and as he was helped off the field, two trainers helped hold his left arm against his body.

A subluxation is a partial dislocation, according to medical websites.

On Tuesday, the team tweeted about Tatis being added to the IL citing "left shoulder inflammation."

Prior to tonight’s game, the Padres placed INF Fernando Tatis Jr. on the 10-day IL (left shoulder inflammation) and recalled OF Brian O’Grady from the alternate training site.

Tatis made headlines earlier this year with a massive $340-million, 14-year contract extension, which also included a no-trade clause.

The $340 million deal was the third-largest in the major leagues and came in just ahead of fellow Padre Manny Machado's $300 million deal signed two years ago.

In addition to signing a mega extension, the young Padres phenom, Tatis Jr., was announced as the cover athlete for MLB The Show video game in February.