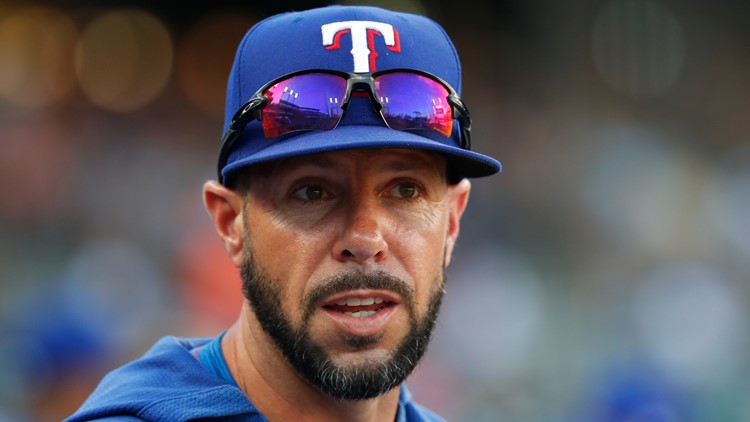 SAN DIEGO — The San Diego Padres are turning to another rookie manager as they try to bridge the difficult gap between rebuilding and contending.

The Padres have hired Jayce Tingler from the Texas Rangers to take over a team that has missed the playoffs for 13 straight seasons and hasn't had a winning record in nine years, a person familiar with the situation said Thursday.

The person spoke with The Associated Press on condition of anonymity because the hiring hasn't been announced.

Another person familiar with the process said the team is still finalizing a contract with Tingler, 38. An introductory news conference won't be held until next week, after the World Series ends.

Tingler has most recently been on the Rangers' coaching staff as major league player development field coordinator, working with outfielders and baserunners. His only previous managerial experience has been at the lowest rungs, including guiding Leones del Escogido to a 9-1 start in the Dominican Winter League.

He replaces Andy Green, who was blamed for the Padres' second-half collapse when he was fired with eight games left in the season. Green had no previous big league managing experience when he was hired before the 2016 season.

Tingler beat out Ron Washington, the former Rangers manager who is now third base coach with the Atlanta Braves.

Padres general manager A.J. Preller worked with both Tingler and Washington when he was in the Rangers' front office.

Tingler didn't play at the major league level. He played at Missouri before playing four seasons in the minors, topping out at Double-A.

He faces tremendous expectations from ownership and a long-suffering fan base. The Padres were last in the NL West at 70-92 even after signing Manny Machado to a $300 million contract and promoting top rookies Fernando Tatis Jr. and Chris Paddack.

They were 45-45 at the All-Star break but then collapsed. Machado had a disappointing first season with the Padres and Tatis, easily the team's most exciting player, missed the last 1 ½ months with a stress reaction in his lower back. Tatis also missed all of May with a hamstring injury.

Padres executive chairman Ron Fowler told a group of fans shortly after the season that "heads will roll," including possibly his own, if the Padres don't improve next year.