With a 7-4 victory over the Seattle Mariners on Sunday, the San Diego Padres have clinched a playoff spot for the first time in 14 seasons. 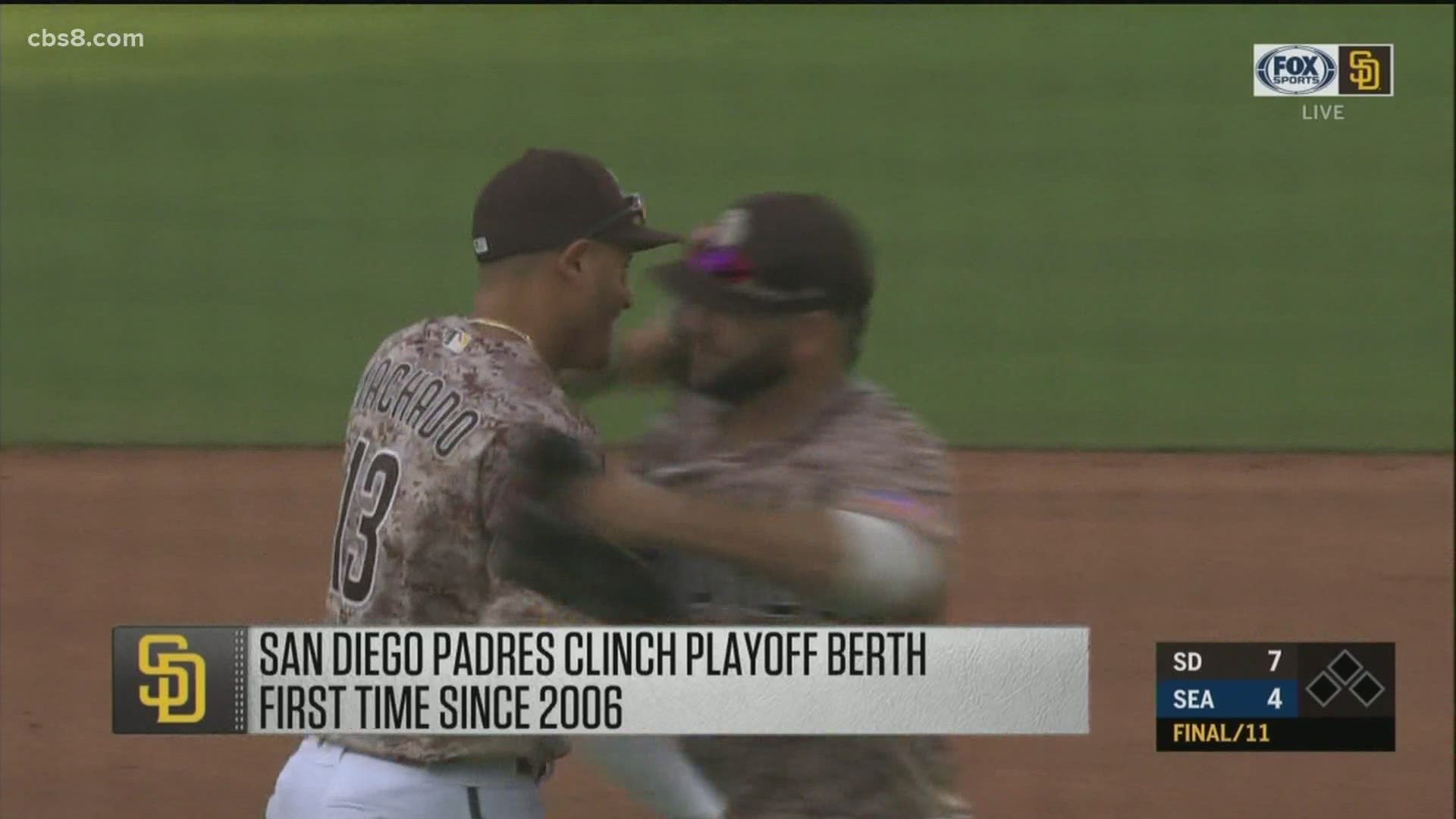 SAN DIEGO — With a 7-4 victory over the Seattle Mariners on Sunday, the San Diego Padres clinched a playoff spot for the first time in 14 seasons.

The game got underway Sunday afternoon with Dinelson Lamet taking the mound.

Padres pulled ahead 3-1 in the top of 6th inning with a three-run home run by Wil Myers.

The Mariners then tied the game in the bottom of the 8th inning with a two-run homer by Dylan Moore and the game went into extra innings.

Fernando Tatis. Jr drove in a run in the top of the 10th to give the Padres their lead back 4-3 but the game evened back out in the bottom of the 10th 4-4.

Padres took the lead back 7-4 in the 11th inning with RBIs by Mitch Moreland and Jurickson Profar, and Austin Nola reaching home on an error and wrapped up the game with three quick outs in the bottom of the 11th.

The Padres had tried Saturday to clinch a spot in the expanded playoffs after the Cincinnati Reds lost 5-0 to the Chicago White Sox. But former Padre Ty France hit an RBI single in the first inning off rookie Luis Patiño, who started after Mike Clevinger was scratched with biceps tightness, and Luis Torrens had a two-run double in the third off former Mariners reliever Dan Altavilla.

The win Saturday also snapped a four-game losing streak for the Mariners.

This weekend's games were part of a series that was supposed to be played at T-Mobile Park but was moved to Petco Park as a result of air quality in Seattle due to recent wildfires.

The @Padres are back in the postseason for the first time since 2006. #CLINCHED pic.twitter.com/cf0l6EzlYp