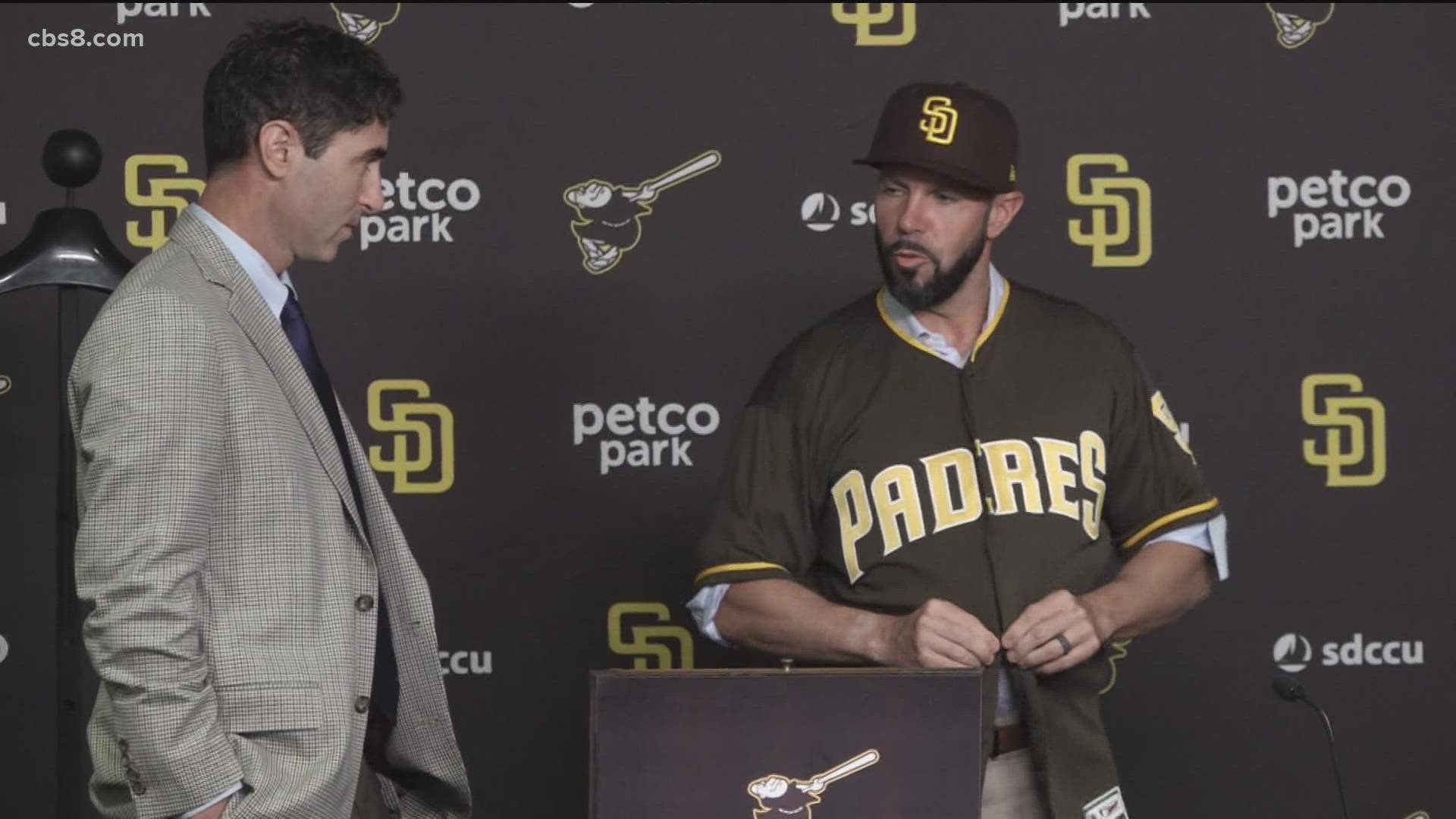 SAN DIEGO — The San Diego Padres have fired their manager, Jayce Tingler on Wednesday after a disappointing finish to the 2021 season. However, the team said Tingler has been offered an opportunity to remain with the organization.

Tingler was named the skipper of the Padres on October 28, 2019 and led the team to the playoffs in the COVID-19 shortened 2020 season. The team seemed poised to make the playoffs again in 2021 before a second-half collapse that left the team under .500.

In a press release announcing the firing, Padres General Manager AJ Preller said, "Jayce accomplished a great deal in his two seasons with the Padres, leading our team through an unprecedented pandemic and into the postseason for the first time in 15 years,” Preller said. “I have tremendous respect for him as a coach, colleague and friend. After much thought and consideration over the last several weeks, we felt change was necessary at this time to ultimately reach our championship potential in San Diego.”

After being let go Tingler released the following statement through the organization:

Padres released a statement from Jayce Tingler: "It's been the honor and privilege of a lifetime to manage the San Diego Padres and lead this group of men. I'm truly thankful for the opportunity and grateful for the tireless efforts of our players, coaches and support staff (1/2)

over the last two years. While I'm profoundly disappointed that our season ended far too soon, I know this team has a very bright future ahead." (2/2)

WATCH: Jayce Tingler turns his managerial dreams into reality with the Padres