Major League Baseball announced Wednesday night the postponement will be made up as a doubleheader at Petco Park Thursday beginning at 12:10 p.m. 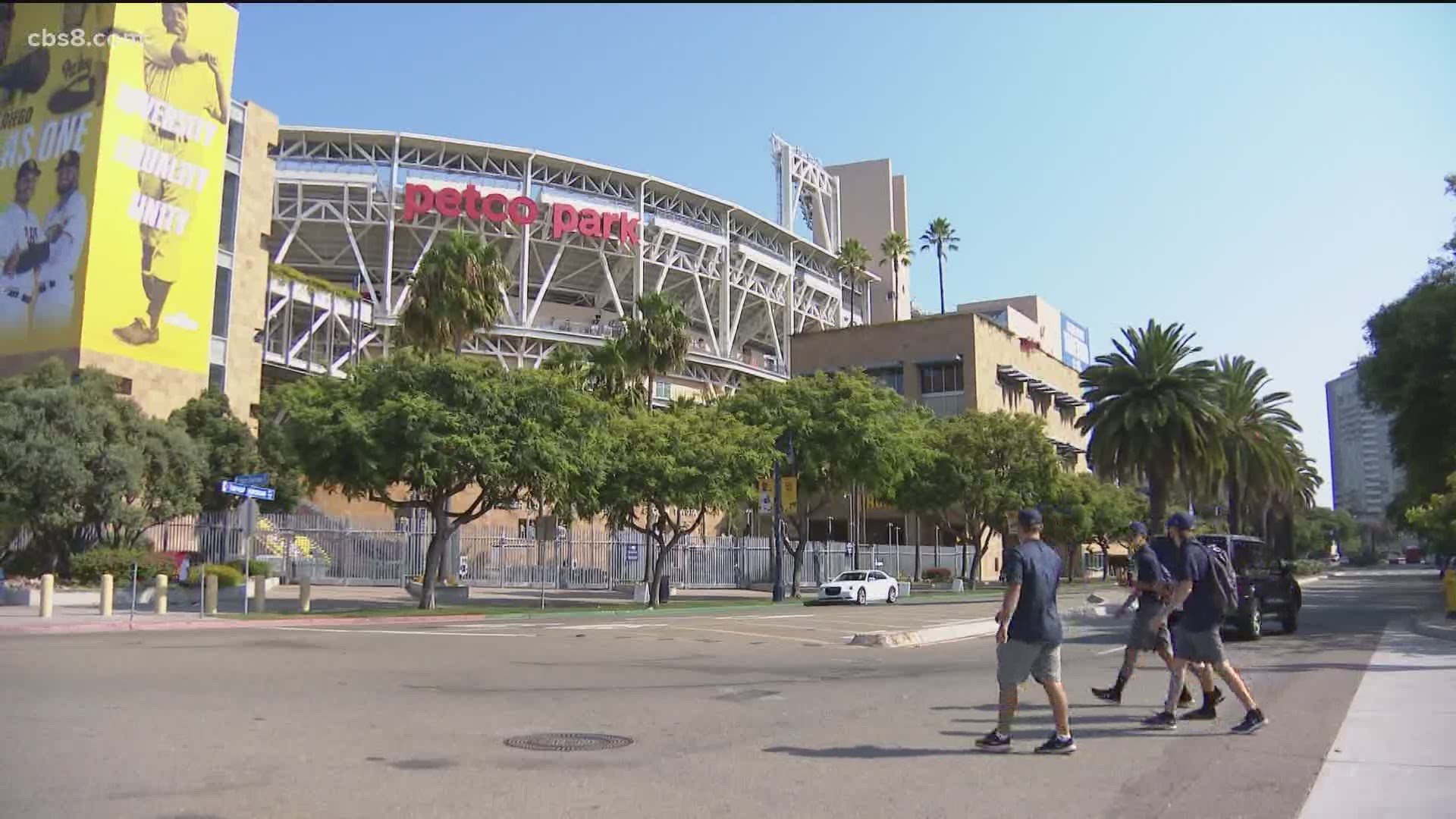 SAN DIEGO — The San Diego Padres game against the Seattle Mariners was postponed Wednesday, according to statements from both organizations after several other sports teams chose to not to play their games over the police shooting of a Black man over the weekend in Kenosha, Wisconsin.

According to a tweet by Jeff Passan, a sportswriter for ESPN, the Seattle Mariners have the most Black players of any team in Major League Baseball.

The Padres released the following statement indicating the Mariners team made the decision to postpone:

"We understand the Mariners decision to postpone tonight’s game and we support the players’ efforts to use their platform to bring awareness to the very serious issue of racial injustice impacting our country today."

Mariners second baseman Devaris Gordon tweeted about the decision saying in part, "Instead of watching us, we hope people will focus on the things more important than sports that are happening."

Instead of watching us, we hope people will focus on the things more important than sports that are happening.

The Mariners issued a statement about an hour before the game was slated to begin, in support of the players' decision.

Major League Baseball announced Wednesday night the postponement will be made up as a doubleheader at Petco Park Thursday beginning at 12:10 p.m

The Milwaukee Brewers and Cincinnati Reds also announced their Wednesday game was postponed.

The Brewers tweeted a joint statement with the Reds on their decision Wednesday evening:

From the players of the Milwaukee Brewers and the Cincinnati Reds: pic.twitter.com/qkhH4AmBKm

The Los Angeles Dodgers and Giants game in San Francisco was also called off hours before it was set to begin.

The MLB released a statement Wednesday evening on the postponements:

A person with knowledge of the situation says NBA players decided Thursday that they want to continue the season, coming to that consensus one day after three postseason games were postponed in a protest of racial injustice.

It was not clear yet when the season would resume, according to the person who spoke to The Associated Press on condition of anonymity because neither the league nor the National Basketball Players Association had announced anything publicly.

On Wednesday, the NBA announced all three playoff games scheduled for Wednesday were postponed after the Milwaukee Bucks decided to forego their matchup with Orlando.

The Bucks reportedly decided not to play Wednesday in protest of the Kenosha police shooting of Jacob Blake on Sunday. He is paralyzed following the shooting in the lakeside Wisconsin city, about 40 miles south of the Bucks' arena.

The league said in a statement that it and the NBA Players Association are postponing the game as well as those between the Houston Rockets-Oklahoma City Thunder and Los Angeles Lakers-Portland Trail Blazers. Game 5 of all three series will be rescheduled.

The WNBA also postponed its slate of three games. Washington vs. Atlanta, Minnesota vs. Los Angeles and Connecticut vs. Phoenix will be rescheduled.

Blake, 29, was shot several times in the back Sunday in front of his three children as he tried to enter his SUV after a confrontation with police. Authorities have not provided any information about what led to the shooting, which was captured on video.

Blake remains hospitalized, and his family says he is paralyzed from the waist down.

Following the cancellation of the Milwaukee Brewers and Cincinnati Reds game tonight, more teams are discussing the possibility of not playing, sources tell ESPN. Among those currently discussing it: the Seattle Mariners, who have the most Black players of any team in MLB.