Thursday afternoon was slated to mark the Padres' Opening Day game versus the Colorado Rockies. 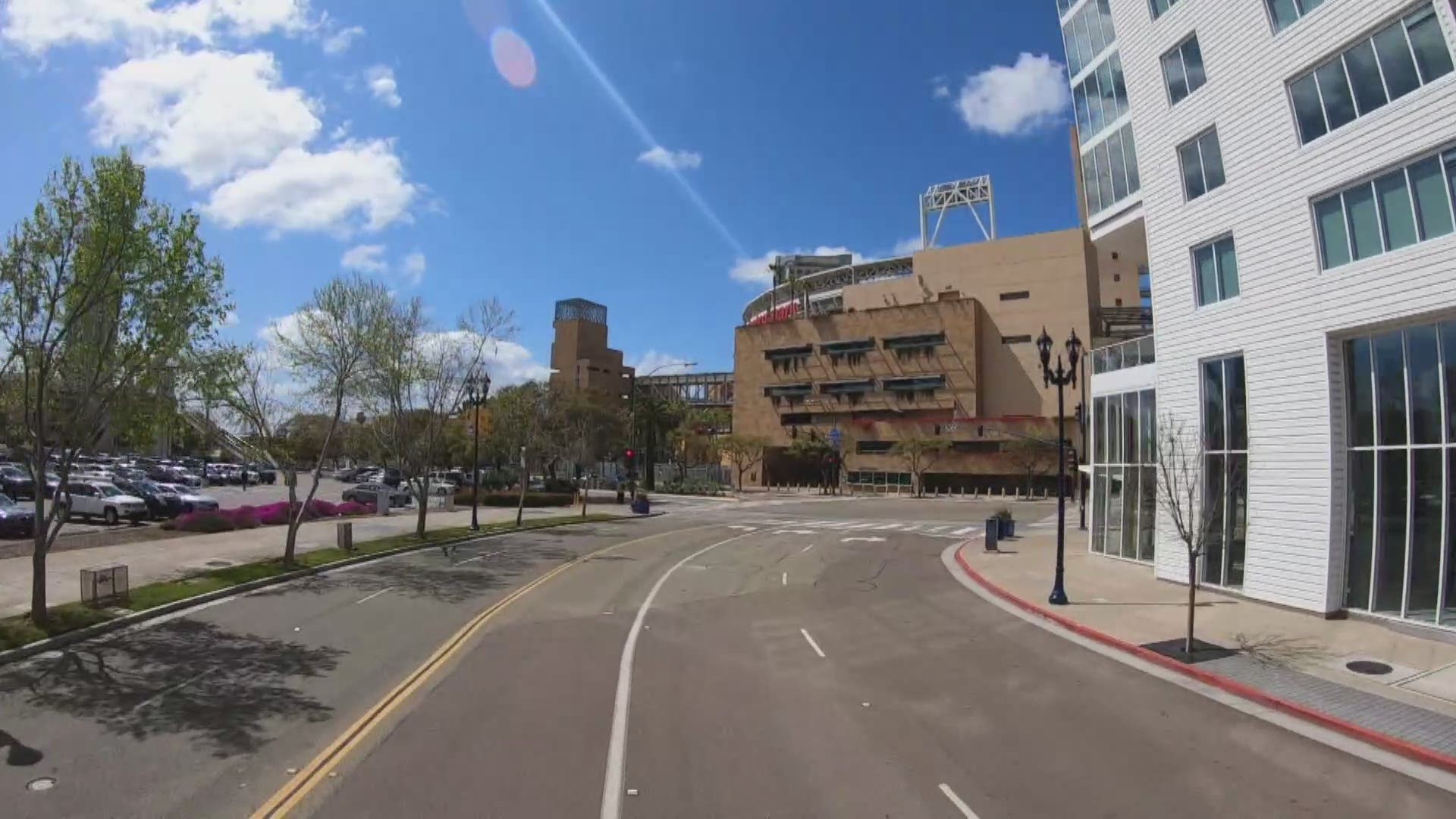 SAN DIEGO COUNTY, Calif. — The San Diego Padres held an Opening Day ceremony at Petco Park Thursday, despite the coronavirus pandemic postponing what was supposed to be the first game of the 2020 Major League Baseball season.

Thursday afternoon was slated to mark the Padres' Opening Day game versus the Colorado Rockies.

Instead, the Padres featured a rendition of "God Bless America" at the game's start time of 1:10 p.m. "as a symbol of solidarity with our resilient country and all of you during this time of crisis," according to a letter tweeted Thursday and signed by Padres executive chairman Ron Fowler and Padres general partner Peter Seidler.

In the letter, Padres ownership acknowledged the "very difficult and challenging time" faced by both fans and the world-at-large.

"At this point, we do not know when baseball will return to Petco Park, but we know it will return," the letter reads. "And when it does, we look forward to celebrating with you as our community gathers once again to enjoy our national pastime and cheer for the Padres."

The letter said information would be provided in the near future regarding refunds and credits that could be offered to anyone who purchased tickets prior to the suspension of the MLB season for any canceled games.

After initially declaring that Opening Day would be delayed two weeks, MLB issued an updated statement last week saying the season would not start until possibly sometime in late May, in accordance with Centers for Disease Control and Prevention recommendations regarding large public gatherings.

The Padres also said the team would be partnering with Phil's BBQ to provide lunches for UC San Diego Healthcare and San Diego Blood Bank employees and volunteers "on the front lines in our fight against the Coronavirus."