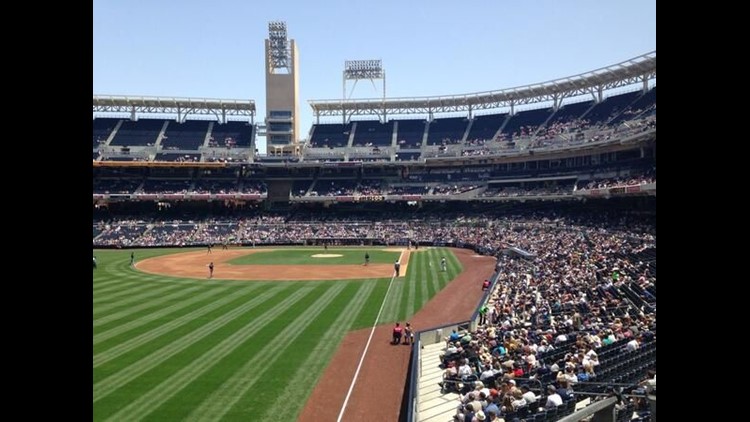 The dog days aren't over at Petco Park

The dog days aren't over at Petco Park

SAN DIEGO (CNS) - With another season going to the dogs, the Padres and Petco announced that six semi-private, premium canine-friendly box seats will be available for the rest of the season, beginning tonight, in Petco Park.

"The Barkyard" will be in the stands beyond left-center field. Each box can accommodate up to four people and two dogs, and all four tickets have to be purchased no matter how many humans plan to attend, said the Padres, who are 13 games under .500 and 12 1/2 games behind the first-place Giants in the National League West.

Ticket prices vary by game, but start at $100 per game for each of the six Barkyard boxes, which will offer umbrellas for shade and artificial turf.

"At Petco, we know the best part of being a pet parent is simply spending time together, making memories and strengthening our relationship with our pets, so we love seeing more and more public venues make moves to include our four-legged family members," said Brad Weston, president and chief merchant for Petco. "We're extremely proud to help our own San Diego Padres introduce The Barkyard at Petco Park as a new way for pet parents to create unique experiences with their dogs all season long."

The Barkyard will feature a designated entrance from K Street in the Park at the Park, a check-in area staffed by a Petco brand ambassador and a watering station near check-in. A Padres pet concierge also will be on-hand to escort fans and their dogs to and from The Barkyard.

More information, including guidelines and an application, can be found online.