Ever wonder what happens to all the balls hit into the empty stands at Petco Park? We found out!

The majority of balls will be sent to season ticket holders, but a small amount will be made available for Compadres Reward Members. 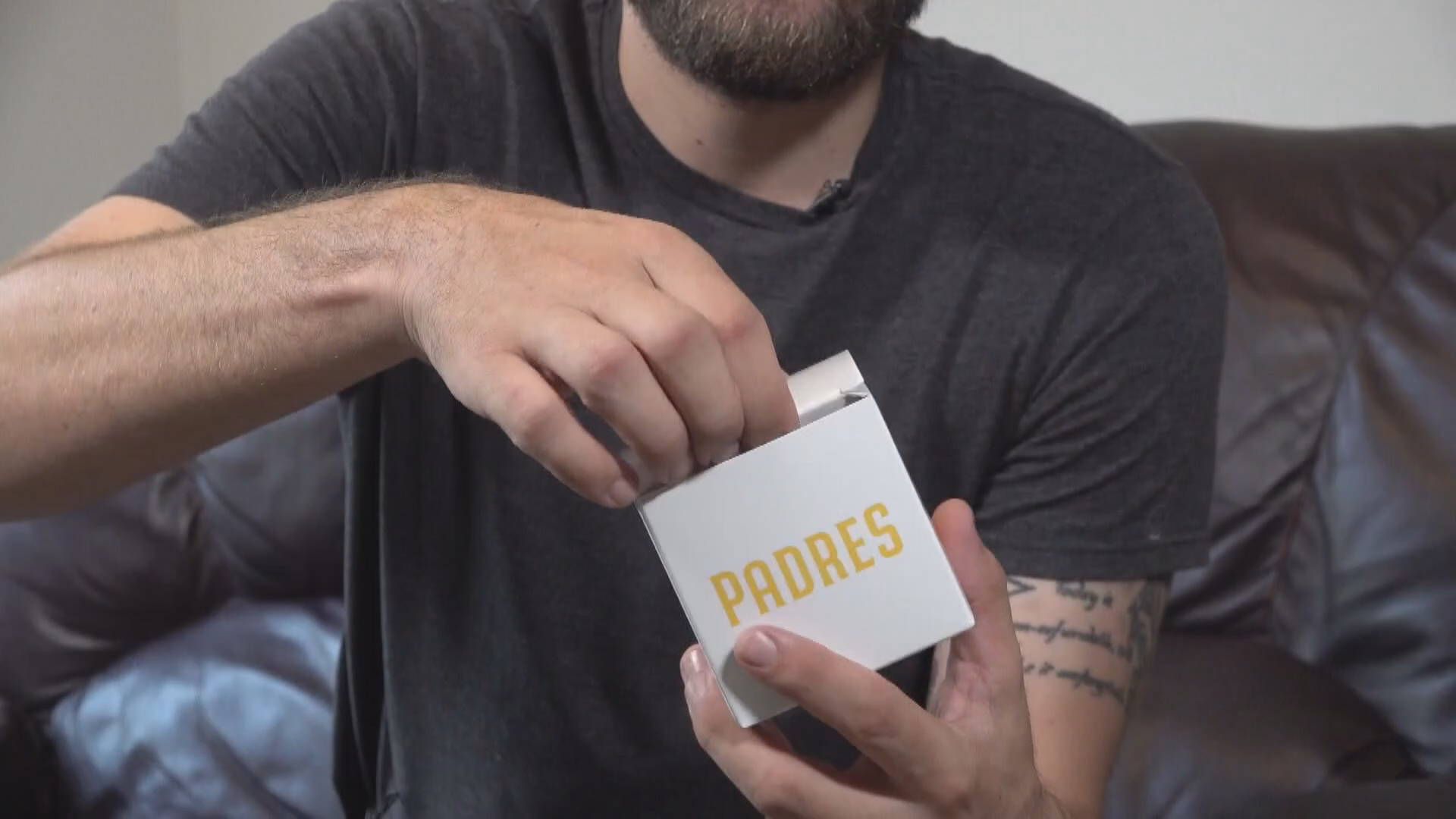 SAN DIEGO — Have you ever wondered what happens to all those baseballs that are hit into the stands at Petco Park now that there are no fans there?

News 8’s Jake Garegnani wanted to find out what happened to all those baseballs.

Vice President of Ticket Sales for the Padres, Curt Waugh said, “We are trying to find a way to get these balls to our most committed fans. I mean one of the joys of going to a live game is catching a foul ball so we are trying to find unique ways of getting them to members.” Waugh went on to say that most of them will be sent as surprises to people.

When asked about who has the lucky job of finding the baseballs after they have been hit, Waugh said it is the sales staff and service team.

After the ball is found, the team member takes it to one of two MLB authenticators located at Petco Park so the section, player and inning can be notated.

With no fans in the stands for the 2020 season, most teams are doing something with the baseballs. Some are selling them; others go back to batting practice and others are donated to charity. However, some teams, like the Red Sox have gone all out. If a fans cutout on the Green Monster is hit, the ball is autographed then sent to the fan with a custom jersey, a video replay of the homerun and two tickets for 2021!

If you are one of the lucky Friar fans who receive a ball, the team is asking that you take a picture with it and post to social media with the hashtag #friarfaithful.

A unique souvenir from the 2020 quarantine season! A ball hit by @JURICKSONPROFAR on August 5th into an empty @PetcoPark #FriarFaithful pic.twitter.com/hP2mc8sW68