Major League Baseball's All-Star FanFest trucks rolled into San Diego Saturday morning to begin setting up, and they were welcomed by the San Diego Padres Friar mascot, according to MLB officials. 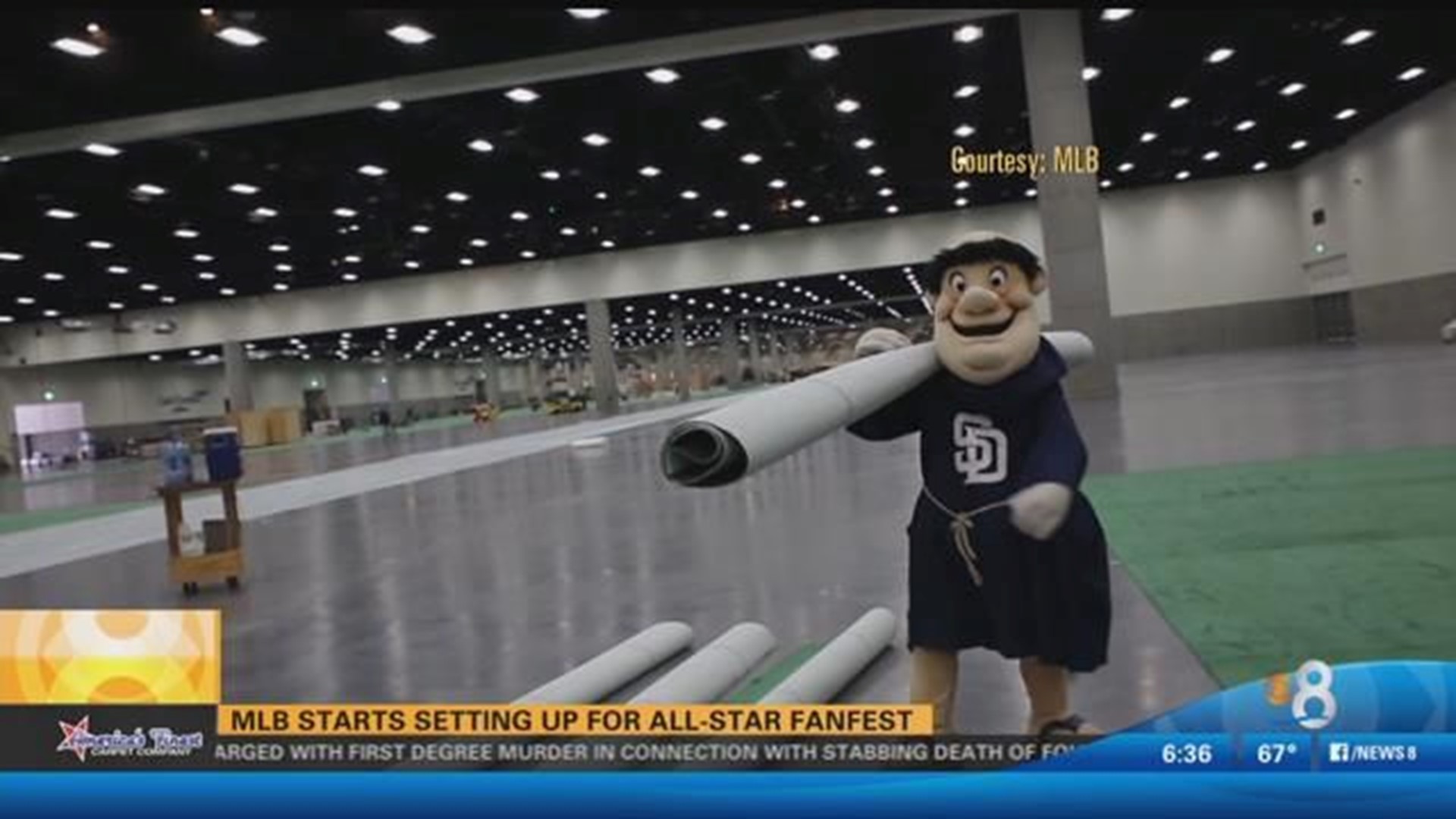 The fan fest will open Friday at the convention center for the five days leading up to the July 12 all-star game at Petco Park. It will take 95 tractor-trailer rigs throughout the week to haul the exhibits, displays and interactive games that will fill 500,000 square feet of the convention center, according to spokeswoman Torie Wohlwend.

More than 2.73 million fans have visited the All-Star FanFest since its inception in 1992, with the average visit per fan estimated at three and a half hours.