SDSU and Boise State each had four wins in their last eight games facing each other since 2016, but Saturday went to the home team. 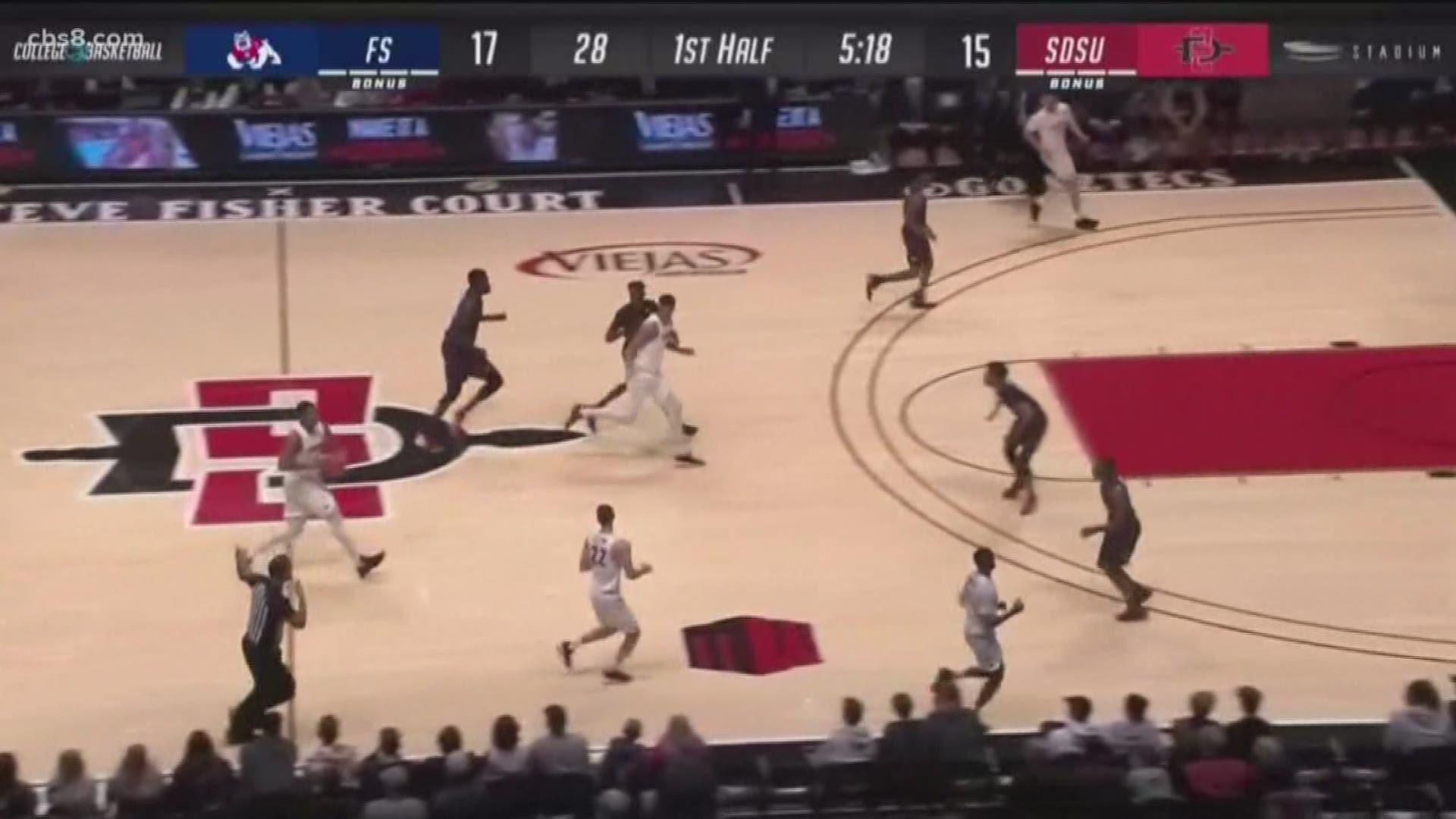 SAN DIEGO — Aztec fans have been in for a treat this season as San Diego State University men’s basketball has gone undefeated and is ranked No. 7. The team took on the Boise State Broncos Saturday at Viejas Arena. Ahead of the game, News 8 spoke with fans about how pumped they are with Aztec fever.

SDSU and Boise State each had four wins in their last eight games facing each other since 2016, but Saturday went to the home team.

Some fans said they have shied away from being all-in for the Aztecs as SDSU has never been to the Final Four, and occasionally people hate on the competitiveness of the Mountain West Conference.

But many are hopeful standout players like Malachi Flynn and Yanni Wetzell will lead the way.

On Saturday, KJ Feagin scored 16 of his season-high 23 points in the first half and SDSU played its best home game all year, opening with a 23-9 outburst and beating Boise State 83-65 to remain unbeaten. Wetzell added 20, Flynn 19 and Matt Mitchell 10 for the Aztecs.

The win continued SDSU's hottest start since 2010-11. That's the year it opened 20-0 behind Kawhi Leonard.

SDSU and Auburn remain the nation's only undefeated teams.

The Aztecs will play next Tuesday again Fresno State.