Coach Brian Dutcher shared his thoughts on his recent contract extension and the season ahead after a 30-2 shortened season. 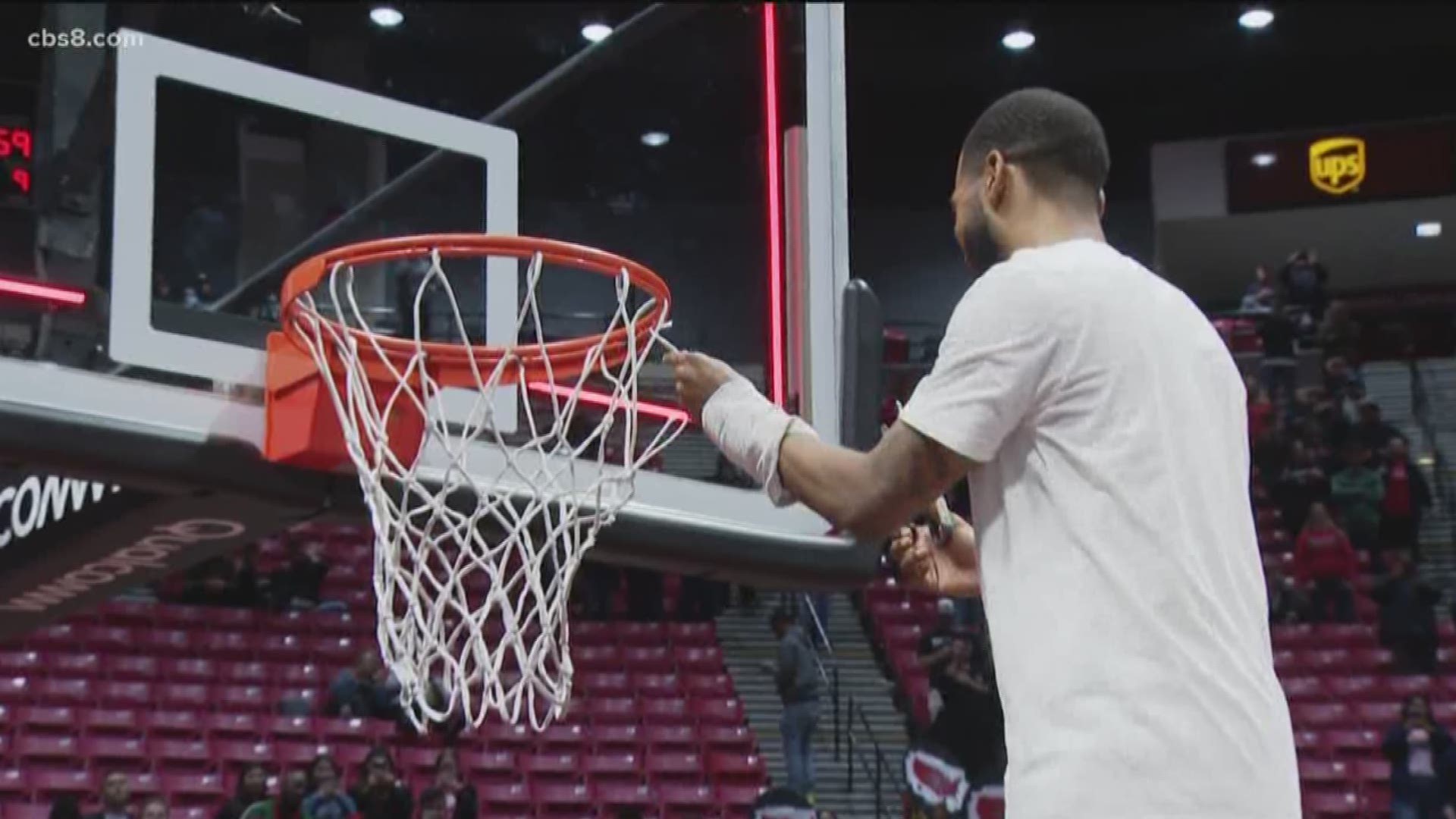 SAN DIEGO — The Aztecs basketball team learned Wednesday they can start practicing Oct. 14 and their first game will be no earlier than Nov. 25, just before Thanksgiving.

Coach Brian Dutcher shared his thoughts with News 8 on his recent contract extension and the unique season for his team that lies ahead.

There will be no preseason scrimmages or exhibition games this year. The NCAA also announced each team can play a maximum of 27 games and there will be no in-person recruiting allowed until after Jan. 1, 2021.

"I'm optimistic we will play. But I am also a realist to know anything is possible. Things can change. They change every day with COVID," Dutcher said.

After leading the team to its best record in school history, the legacy of his predecessor, Steve Fisher, is still always in his thoughts.

"Well, it is just carrying out his legacy. I step across his name on the Viejas Arena floor every day on Steve Fisher court," Dutcher said. "If we can get in the tournament, maybe advance to a Final Four, those are the goals we had when Steve was here as a head coach and still aspire to."

With COVID-19, nothing is certain in 2020.  After last season's abrupt finish with the best record in the program's history but no NCAA Tournament, the expectations and hopes are high for fans and players that they will get the chance to pick up this season - right where the team left off.